Can Square maintain its uptrend through earnings?

Square (SQ) is due to report second-quarter earnings after the close on Wednesday Aug 5th. The estimate is a LPS of 0.046 compared to a gain of 0.21 a year ago on revenue of $1.1 Billion vs 562.8 million last year. The company just had its price target raised to $140 from $120 at Deutsche Bank. There are 15 Buys, 21 Holds and 7 Sells according to Bloomberg analyst ratings.

Square has an expected move of 9.4% in either direction according to front-month options volatility. The last time Square reported earnings the stock price moved up 9.6%.

From a technical analysis point of view, Square has been in an uptrend supported by a rising trend line in place since March lows. Recently, the stock broke above a symmetrical triangle bullish continuation pattern. The measured move of the triangle breakout is at $160. If earnings are a miss, a break below 116.85 support could signal the end of the uptrend. 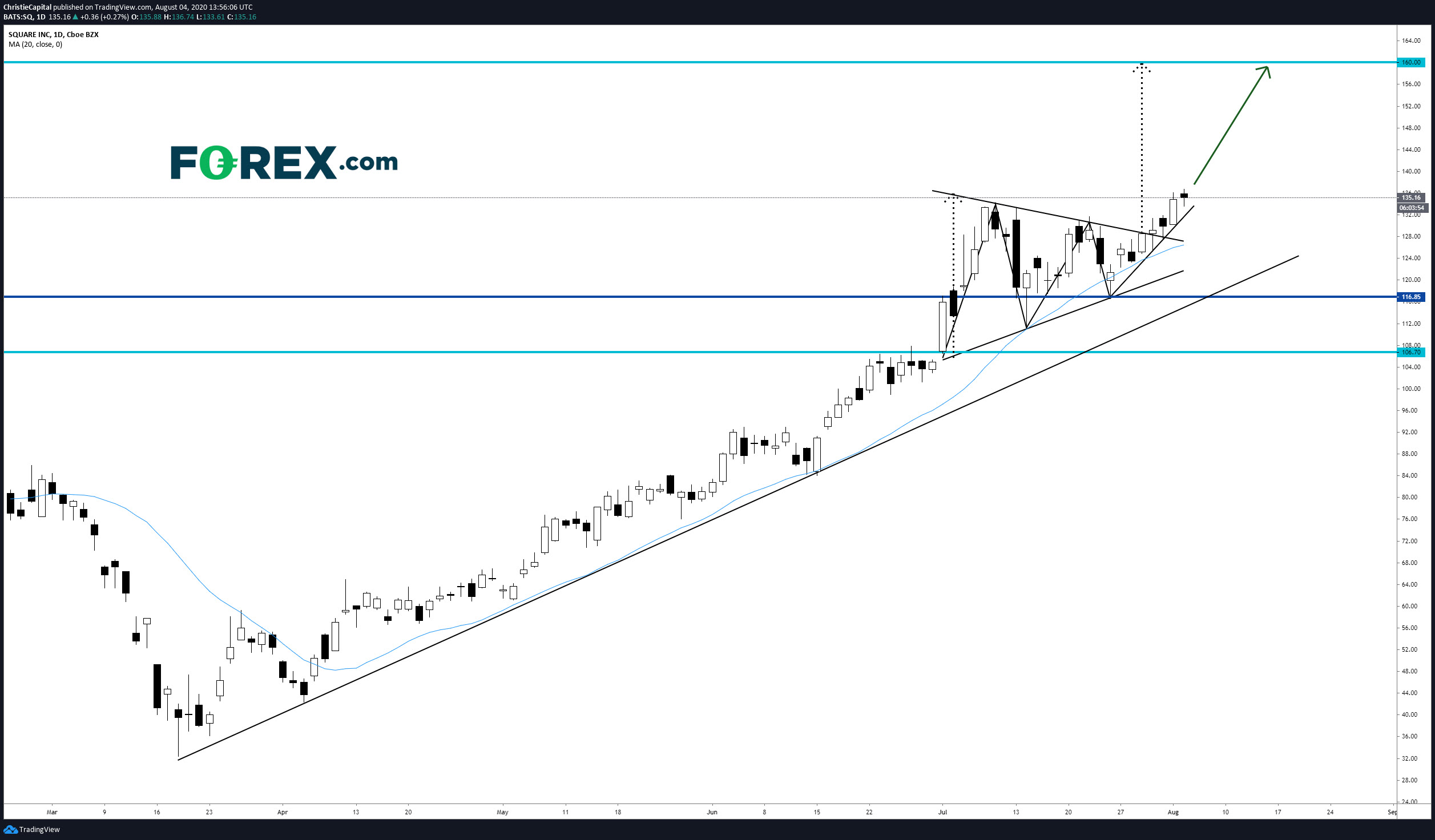