Stocks Doing what They Do Best... Heading Higher!

Not only is 2942 an important horizontal level, but it is also near the 61.8% Fibonacci level

After days of disappointing data, S&P 500 Futures (S&Ps) were down nearly 4.5% over the last few days.  However, after the benign Nonfarm payrolls were released today, S&Ps continued the rally which began yesterday afternoon, while most of the USD currency pairs remained in tight ranges.  Stocks fell yesterday and tested the rising trendline, which dates back to August 6th yesterday, and failed to break though it. Once they failed to move lower below the trendline, price reversed and bounced back to the all-important 2942, which has been a pivotal point for stocks since early in August.  It is also the 50 Day Moving Average. 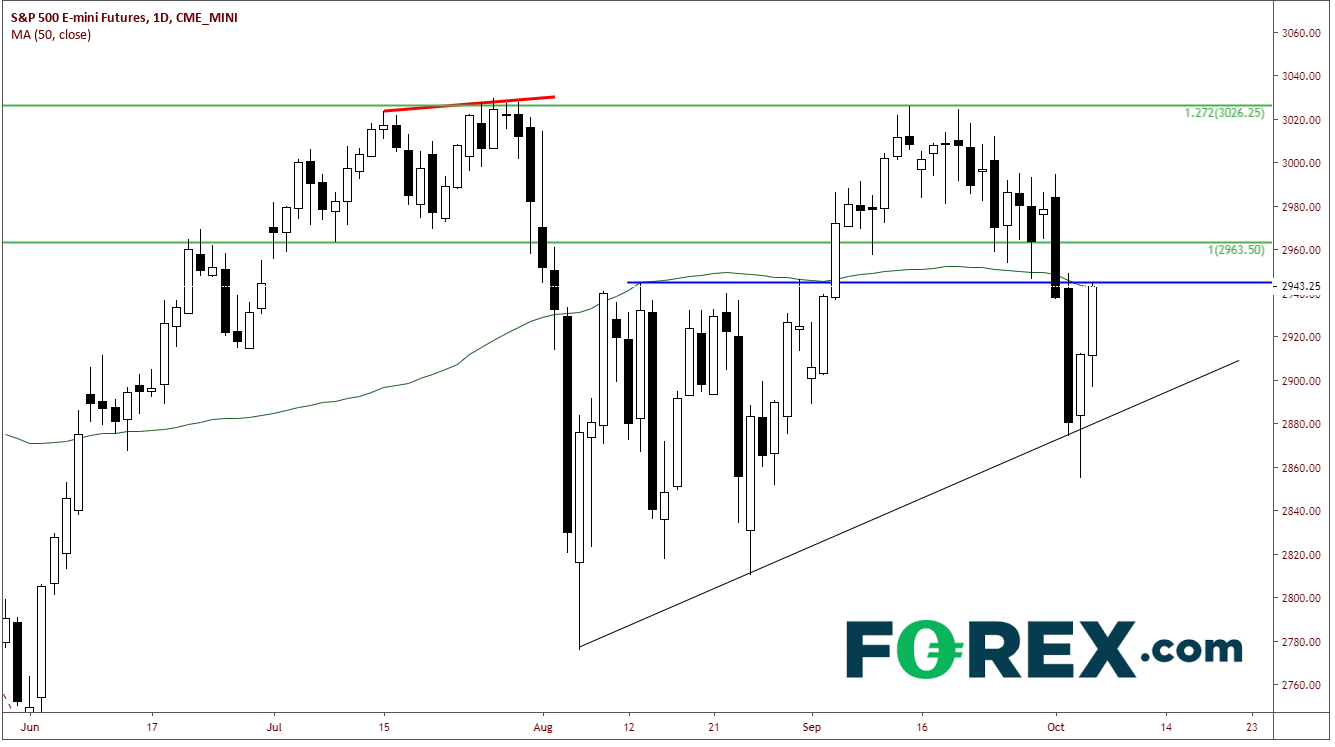 This afternoon, Fed Chairman Powell came out with comments noting that it’s the “Fed’s job to keep the economy expanding as long as possible.”   Stocks took this as a signal that the FOMC is cutting at the end of the month and continued the charge higher.  On a 240-minute chart, one can see that not only is 2942 an important horizontal level, but it is also near the 61.8% Fibonacci level from the highs before the ISM Manufacturing data to yesterday’s lows!  If the S&P500 manages to break through this area of resistance, the index can be up to the downward sloping trending near 2980 very quickly.  Above that is the pre-ISM data level at 2992.  Support doesn’t come in until yesterday’s highs at 2912.50. 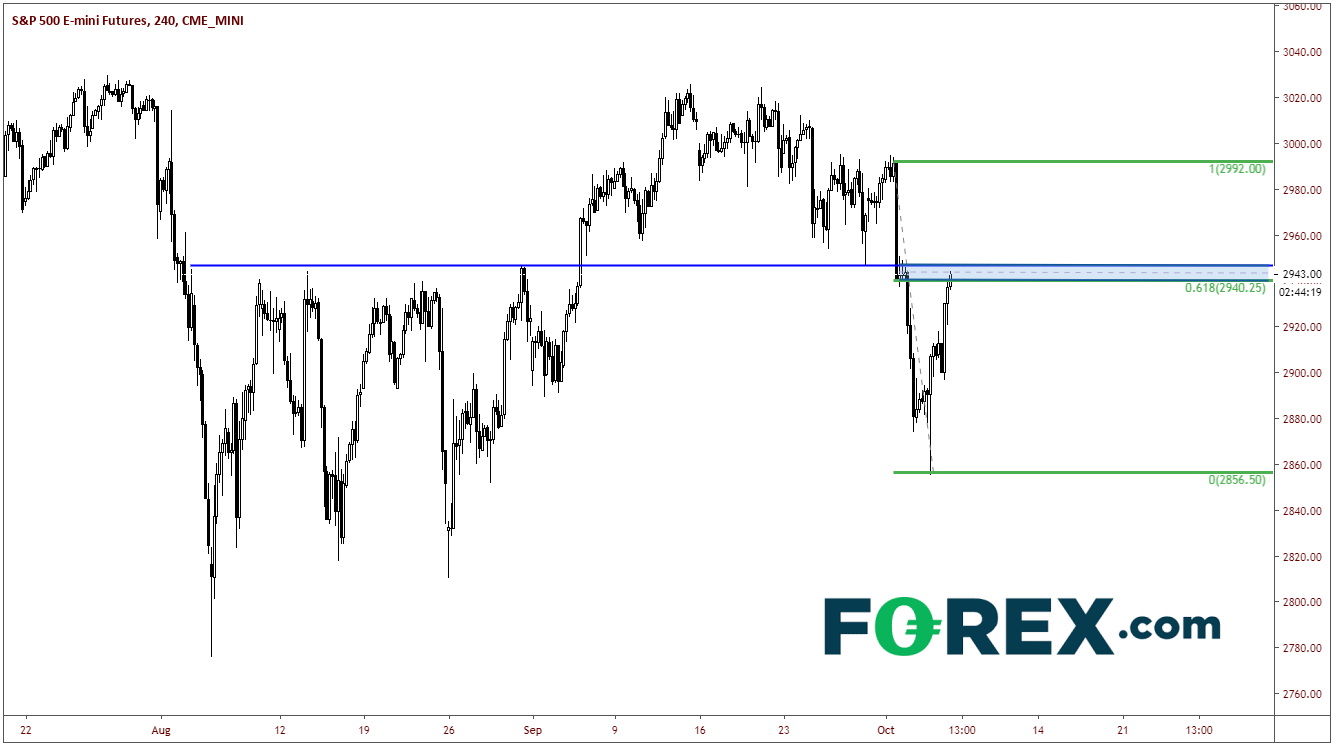 Towards the end of next week, China is set to come to Washington to discuss trade.   Although there is data and Brexit talk that will be out before then, these talks can be a game changer for stocks (not to mention the US Dollar).  If a deal is reached, stocks could test the highs near 3050.  If no deal is reached and there is nothing in sight, they can be testing last year’s lows again under 2500.

Also, remain on high alert over the weekend for headlines and tweets surrounding the Impeachment Inquiry.

(As of the time of publishing, S&P 500 Futures are trading 2950, trying to squeeze every last short out of this market!!)