If this latest trade optimism fades completely, the focus will turn very quickly to the ailing global economy. As such, the S&P’s latest breakout to a new all-time high could be brief, especially as some of the positivity regarding trade talks was already priced in.

The US-China trade optimism is driving the markets and the S&P 500 has opened at a fresh record, while safe havens gold, yen and franc have all fallen. Tech stocks jumped after Trump said he would allow US corporations to resume business dealings with Huawei on certain products after it was blacklisted earlier due to national security concerns.

But July has started with a negative note for global manufacturing data, after purchasing managers reported deteriorating conditions in several key economic regions including China and the US. Initially, this was shrugged off by a market buoyed by the latest developments regarding the US-China trade spat, after Trump said trade talks are back on track. However, since the start of the US session, we have seen a bit of a pullback from the highs. If this latest trade optimism fades completely, the focus will turn very quickly to the ailing global economy. As such, the S&P’s latest breakout to a new all-time high could be brief, especially as some of the positivity regarding trade talks was already priced in. 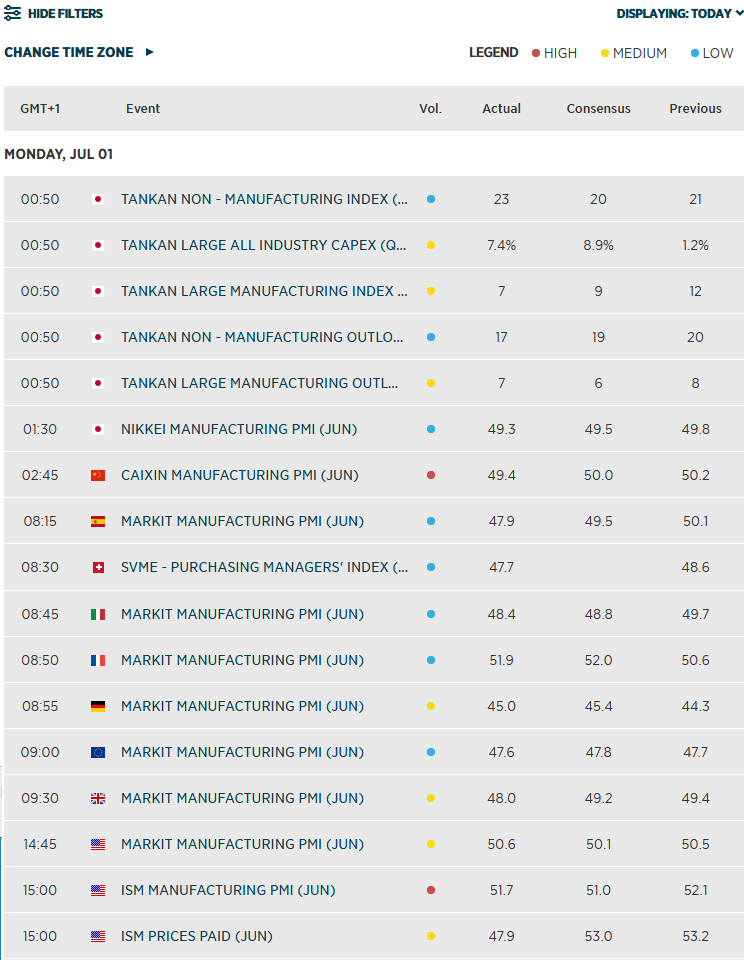 OPEC+ cuts unlikely to keep prices support for too long

Also, I am not sure if crude prices will be able to rally significantly from here – in fact, I am expecting them to fall. Russia’s energy minister Alexander Novak said that all oil ministers have approved a 9-month OPEC+ extensions to curb production. This is arguably a better deal from the OPEC’s point of view than a 6-month extension some had expected, but with the same production quotas being retained, it has disappointed calls for deeper cuts. As such, the new deal will probably fail to address the rising non-OPEC supplies at a time the world economy is slowing, which could mean lower demand growth. Thus, the oil market is likely to be oversupplied again in due course, which means prices may struggle to push significantly higher from here. That in turn could weigh on energy stocks.

However, the S&P will only turn negative from a technical point of view in the event it breaks below its most recent low at 2910. Until and unless that happens, the path of least resistance continues to remain on the upside. Indeed, if the bullish trend continues, we could see SPX 3K soon, with the 127.2% Fib extension at 3021/2 being the next bullish objective. 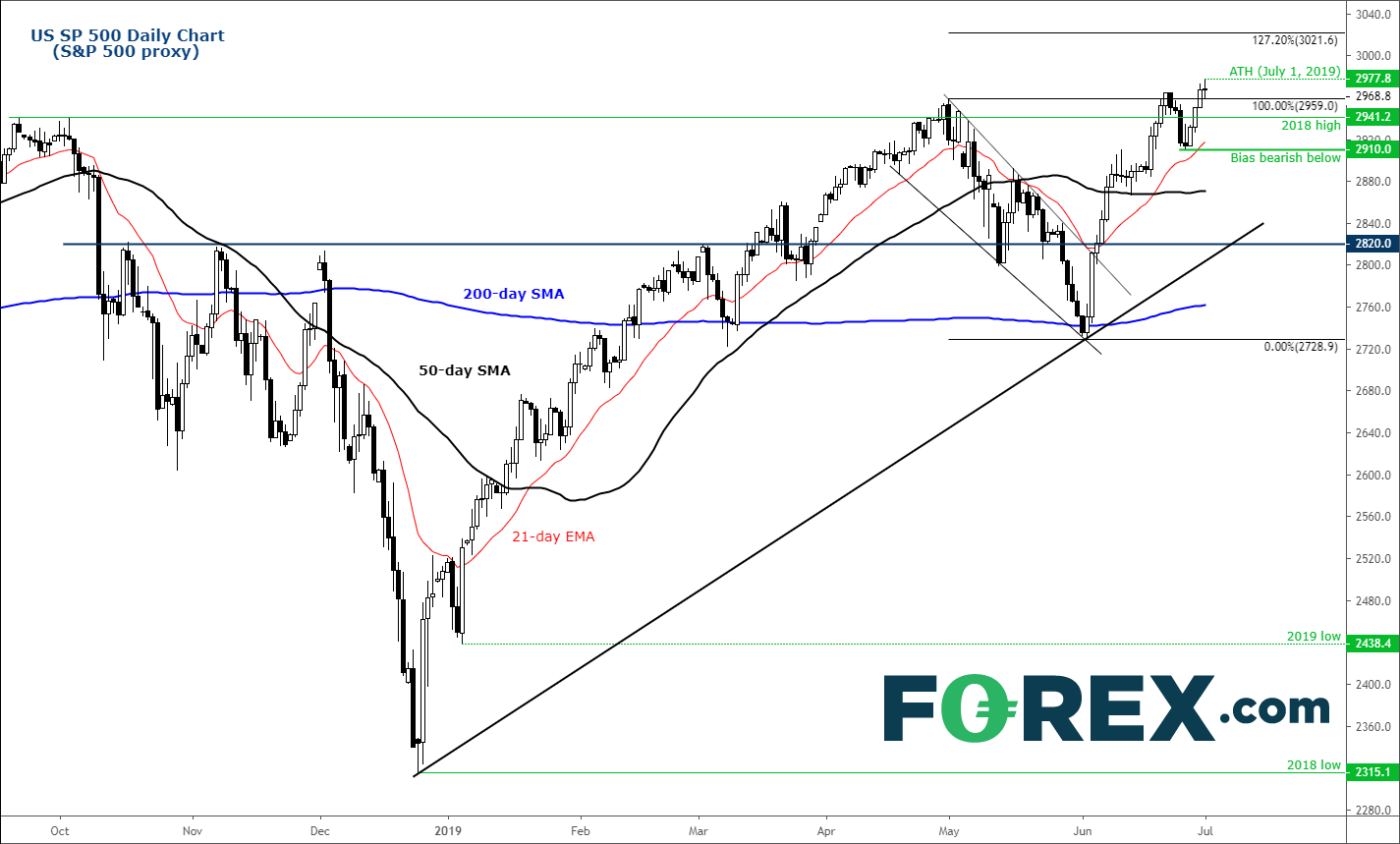