As a result of risk off, emerging markets currencies also took a hit.

US interest rates have been moving higher as of late and today, it weighed on stocks. Major indexes, such as the S&P 500 and NASDAQ, were down nearly 3%-4%.  Emerging markets tend to move lower in a risk off environment.  As a result of risk off, emerging markets currencies also took a hit. (USD/EM currency higher).   One of these pairs is the USD/MXN, which broke out above key resistance.

USD/MXN had been in a descending wedge since putting in highs on April 6th, 2020.  The pair moved to new lows on January 20th of 19.5491 and has been moving higher since.  On February 19th, USD/MXN broke higher above the top, downward sloping trendline of a long-term, descending wedge.  Today the pair broke through the first horizontal resistance above the wedge near 20.8451. 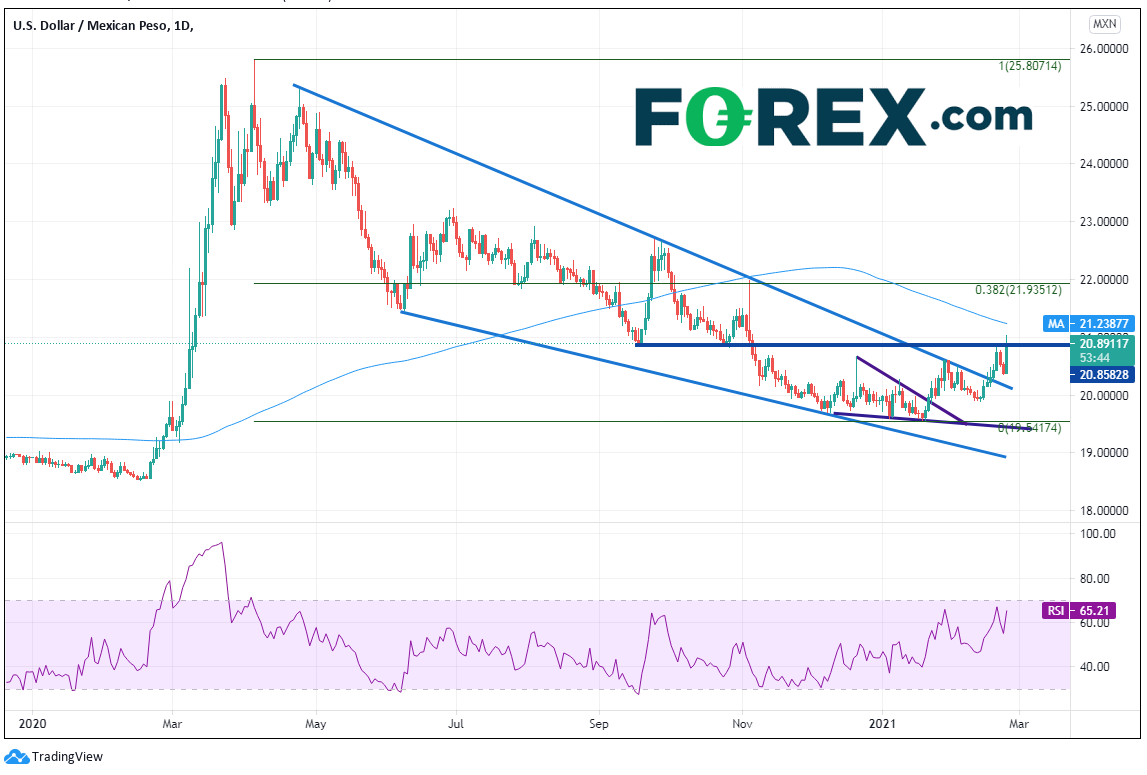 On a 240-minute timeframe, after price broke out of the longer-term descending wedge, USD/MXN moved up to 20.5994 and pulled back to the 61.8% Fibonacci retracement level from the lows of January 20th to the highs of January 29th, forming a new, shorter-term wedge. Price moved higher to the horizontal resistance at 20.8451, and today finally broke through.  However, notice that the RSI is diverging with price, an indication that price may be ready for a pullback. 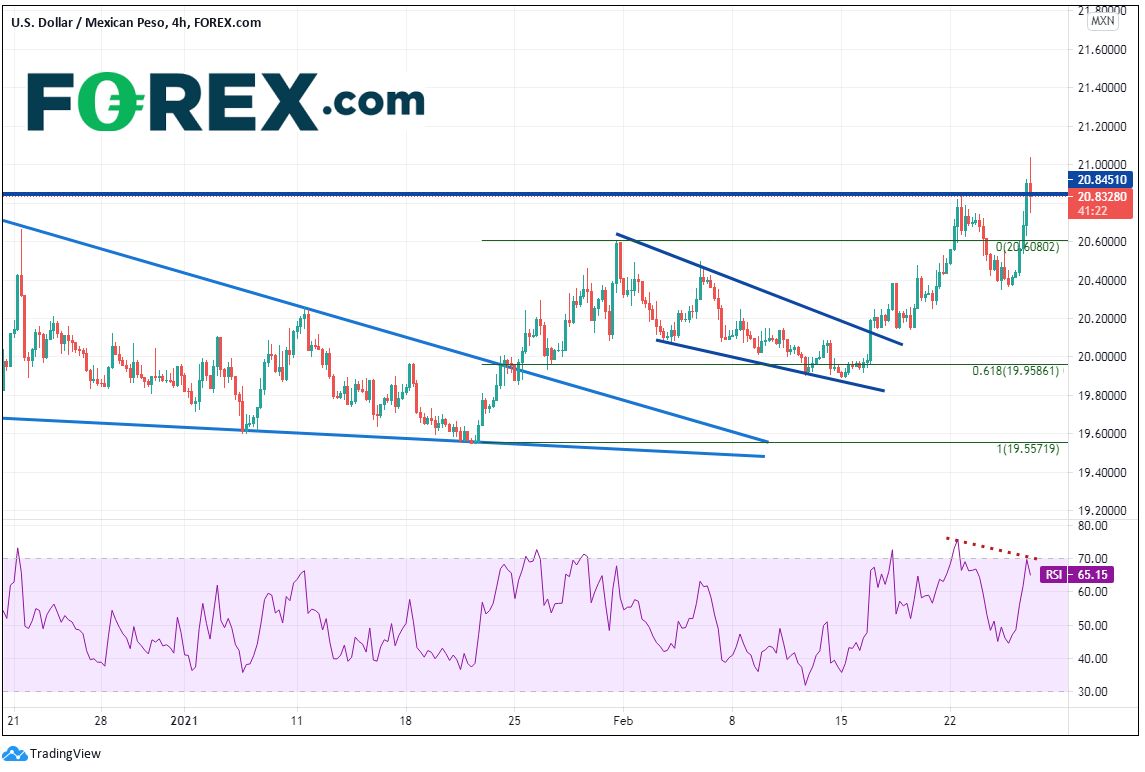 Watch tot see if there follow through selling on Friday in stocks and bonds.

Note that Friday is end of month, so there may be some funky flows coming through the markets, particularly around the 11:00am EST fix.