Swatch expects a profit this year – Support level at 187.15CHF

Swatch, the Swiss watchmaker, announced that it swung to a 1H net loss of 308 million Swiss franc from a net profit of 415 million Swiss franc in the prior-year period and operating net loss amounted to 327 million Swiss franc, compared with an operating profit of 547 Swiss franc previously. Also, net sales declined 46.1% on year (-43.4% at constant rates) to 2.20 billion Swiss franc, citing "state-ordered closings of at times up to 80% of distribution channels worldwide". Regarding full-year outlook, the company stated: "The Group's management is convinced that the sales and profit situation will improve quickly in the coming months, parallel to the further easing of Covid-19 measures in the countries. A positive operating result is expected for the full year."

From a chartist point of view, the stock price is oscillating within a short term symmetrical triangle pattern since March 2020. Prices are accelerating above the upper Bollinger band on a daily chart. This may indicate that a continuation of the rebound is likely as long as 187.15CHF is support. Next resistance zone is set between 209.2CHF and 214CHF. A break above this resistance zone would open a path to see 240CHF. Alternatively, a break below 187.15CFH would call for a reversal down trend with 168CHF as first target. 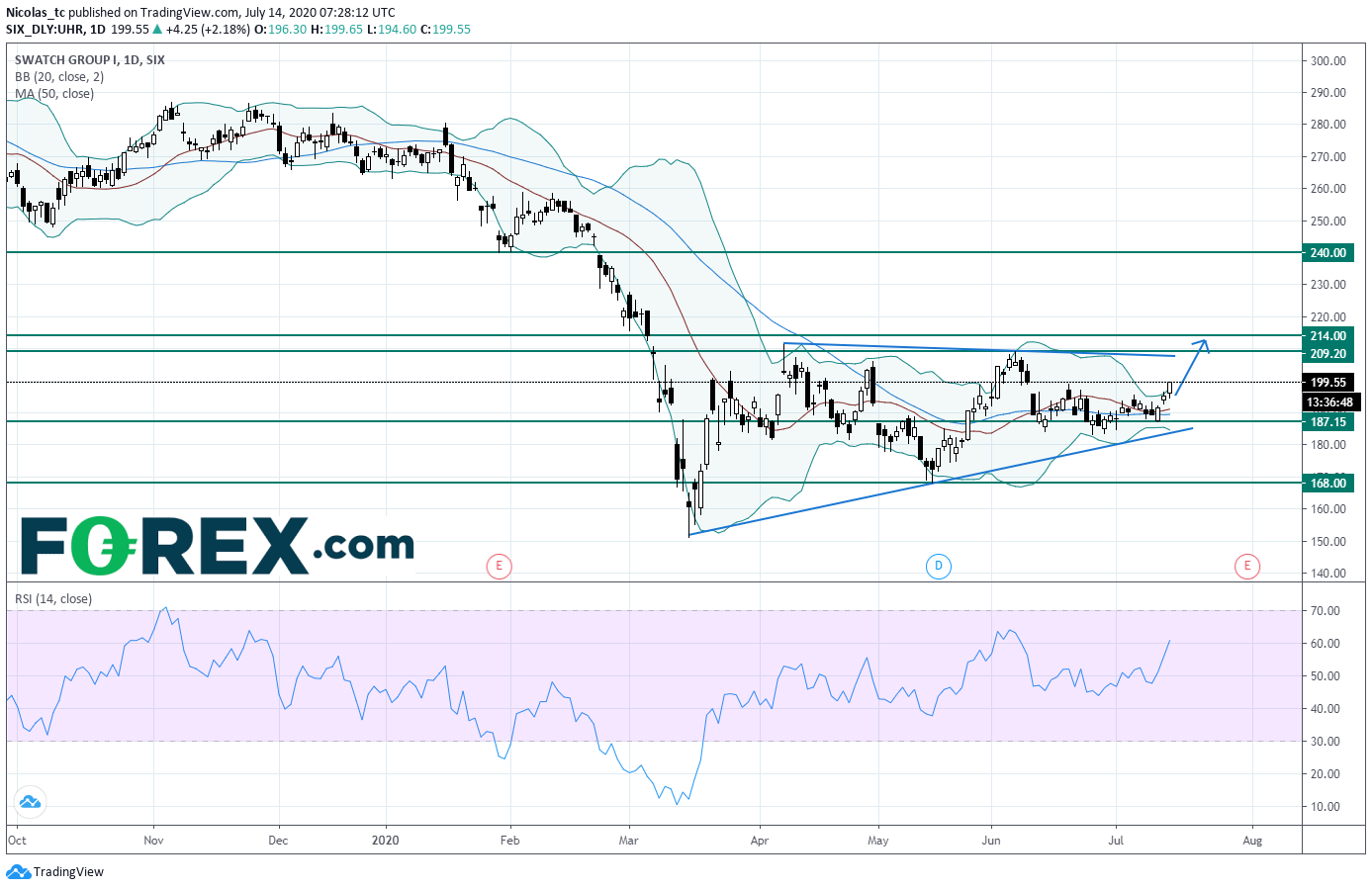