Investors fear that Target’s disappointing quarter is just the “canary in the coal mine” for holiday retail sales...

With the US economy in the tenth year of a record long expansion and unemployment at half-century low, most traders assumed 2019’s critical holiday shopping season would mark another record…and based on the initial estimates and survey-based measures of spending, it may well have done so.

That said, there are still some reasons for caution ahead of the release of tomorrow’s December retail sales report. For one, the Thanksgiving holiday fell far later in the year than usual, condensing the typical holiday shopping season from five weeks to just four.

Then, there was this morning’s earnings report from big box retailer Target (TGT). The company reported that same store sales rose just 1.4% y/y in the key November-December period, well below analyst estimates of a 3.8% rise. Sales of generally popular electronics (-6% y/y) and toys (+0%) were cited as specific areas of weakness, driving the stock down -7% as of writing: 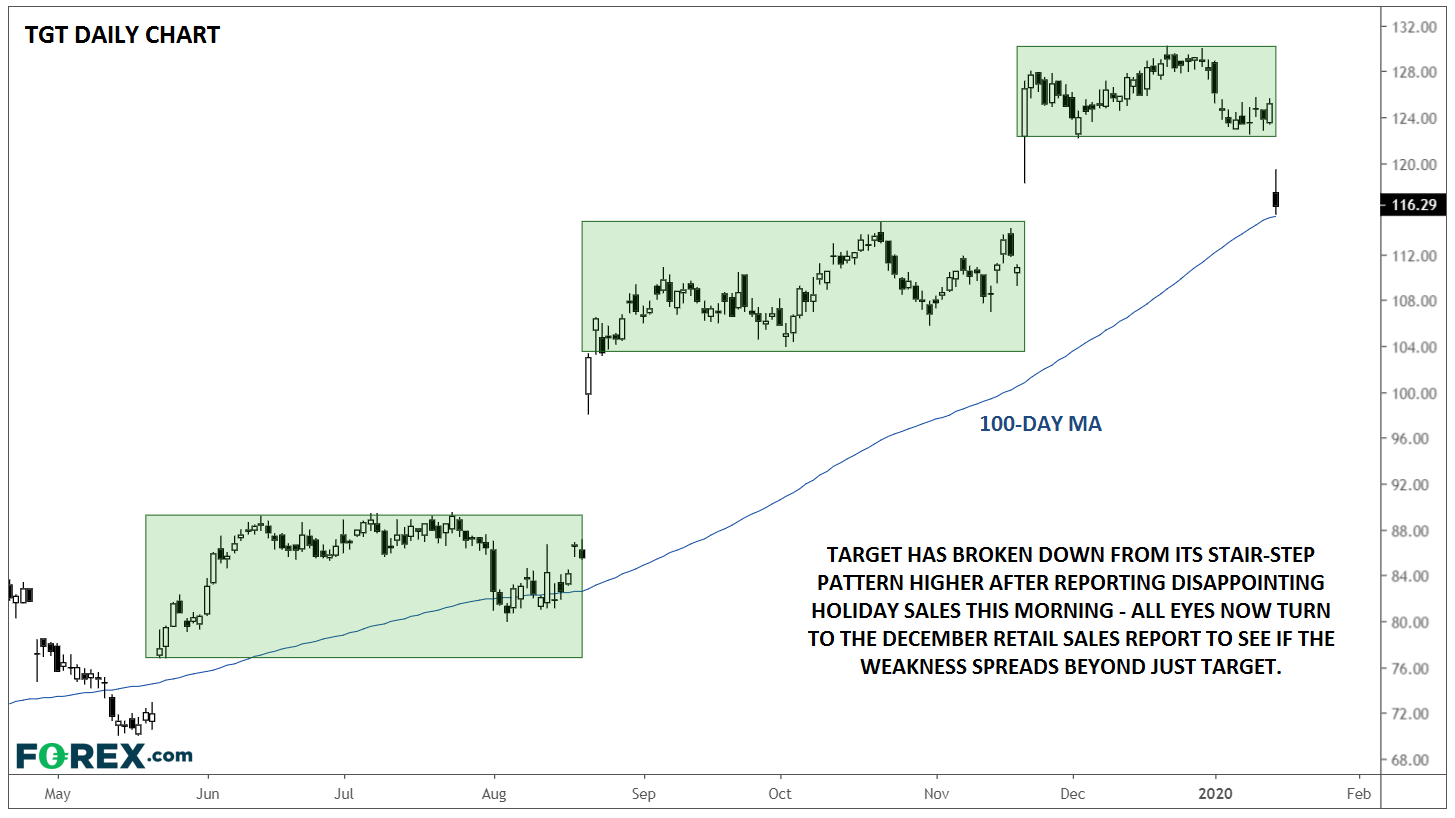 Source: TradingView, GAIN Capital. Please note this product may not be available to trade in all regions.

Of course, investors fear that Target’s disappointing quarter is just the proverbial “canary in the coal mine” for broader holiday retail sales, so it’s no surprise that rival Wal-Mart (WMT) is trading off by -1% and the overall retail sector (XRT) is also ticking lower, despite a general rise in the broader indices today.

Regardless of which market you trade, tomorrow’s US retail sales report will be critical. Economists are looking for a 0.3% m/m increase, with ex-auto retail sales expected to rise at a more robust 0.5% m/m. That said, if Target’s miss this morning is any indication, there could be potential for a below-expectation reading, which could drive the retail sector, the broader stock market, and even the US dollar lower in tomorrow’s US session.