Technical view: Gold is glittering again! Can it break 4-month highs near $1875?

The yellow metal has quietly formed a bullish channel over the last six weeks - where will it go next?

There’s no beating around the bush: Gold’s performance through Q4 of last year and Q1 of this year was immensely disappointing for precious metal bulls. Despite political uncertainty, rising bond yields, a falling US dollar, and hints of inflation amidst unprecedented economic stimulus across the globe, gold steadily fell until eventually forming a double bottom beneath $1700 in March.

If you're interested in investing in physical gold or silver, check out our partner CoinInvest! 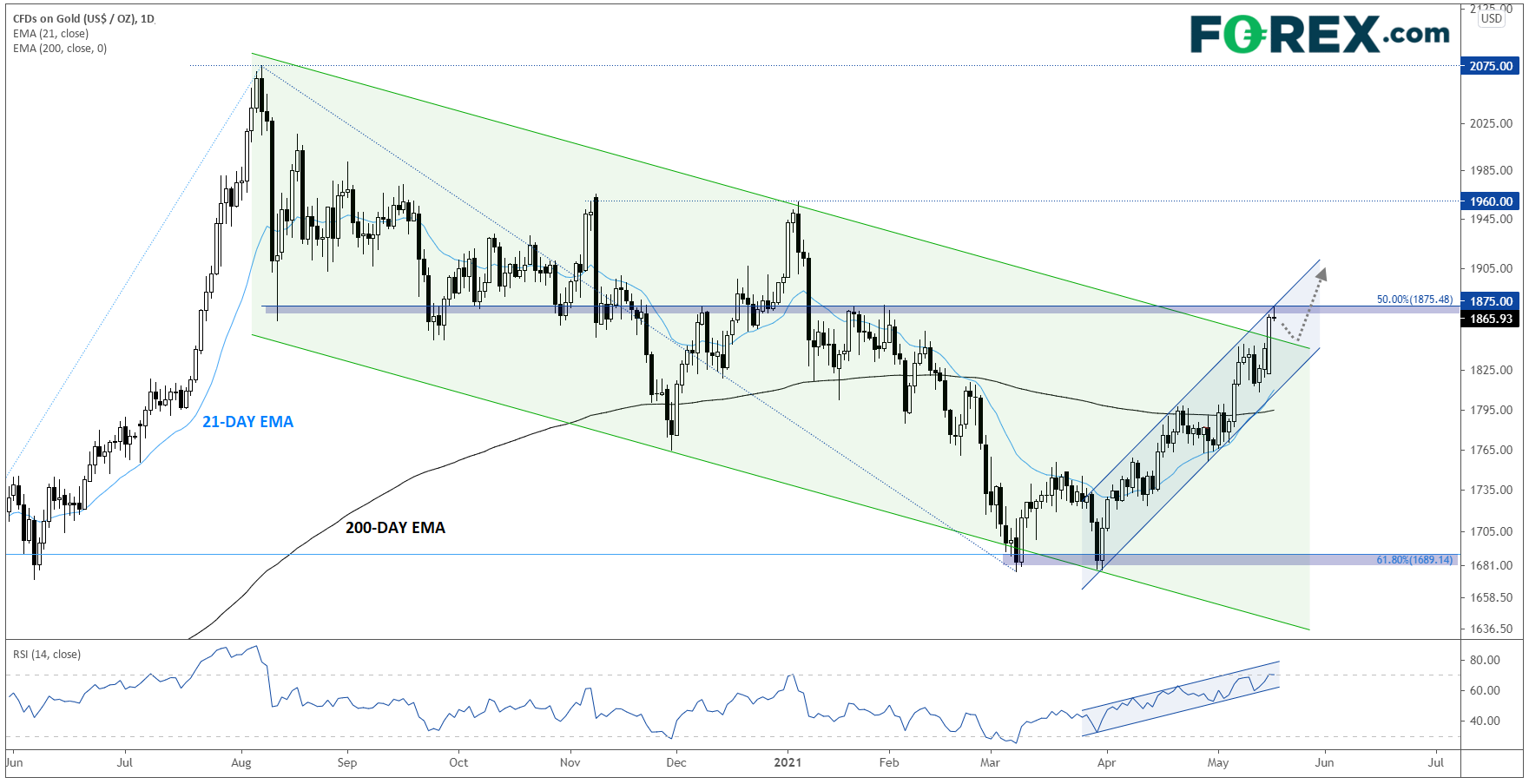 Looking at the key levels to watch, gold is testing the $1875 area, the 50% Fibonacci retracement of the pullback from last year’s record highs; this area also marks the minor highs from late January, providing a confluence of resistance levels and increasing the odds of a potential pullback in the latter half of this week.

That said, the medium-term momentum has clearly shifted back in favor of the bulls, with the 20-day EMA providing support and the 200-day EMA turning higher for the first time in months. A confirmed break of $1875, if seen, could open the door for a continuation toward the next level of previous resistance at $1960 or key psychological resistance at $2000. Only a break below the bottom of the bullish channel and the 200-day EMA in the $1800 area would erase the near-term bullish bias.