Thanks to selling $428 million worth of regulatory tax credits to other automakers...

Tesla (TSLA) posted a surprising fourth consecutive quarterly profit, saying earnings amounted to $104 million in the second quarter, compared to a loss of $408 million in the prior-year period.

Against all odds - including a seven-week shutdown of its California assembly plant due to the coronavirus pandemic - the Company managed to chalk out a profit thanks to selling $428 million worth of regulatory tax credits to other automakers.

On an adjusted basis, EARINGS per share amounted to $2.18, in contrast to expectations of $0.02 per share LOSS.

Meanwhile, CEO Elon Musk revealed that the Company has selected a location near Austin, Texas, for its second U.S. assembly plant.

In after-marker hours, the stock jumped over 5%.

On a Daily Chart, the stock remains on the upside following a relentless 340% up-surge since March 19. 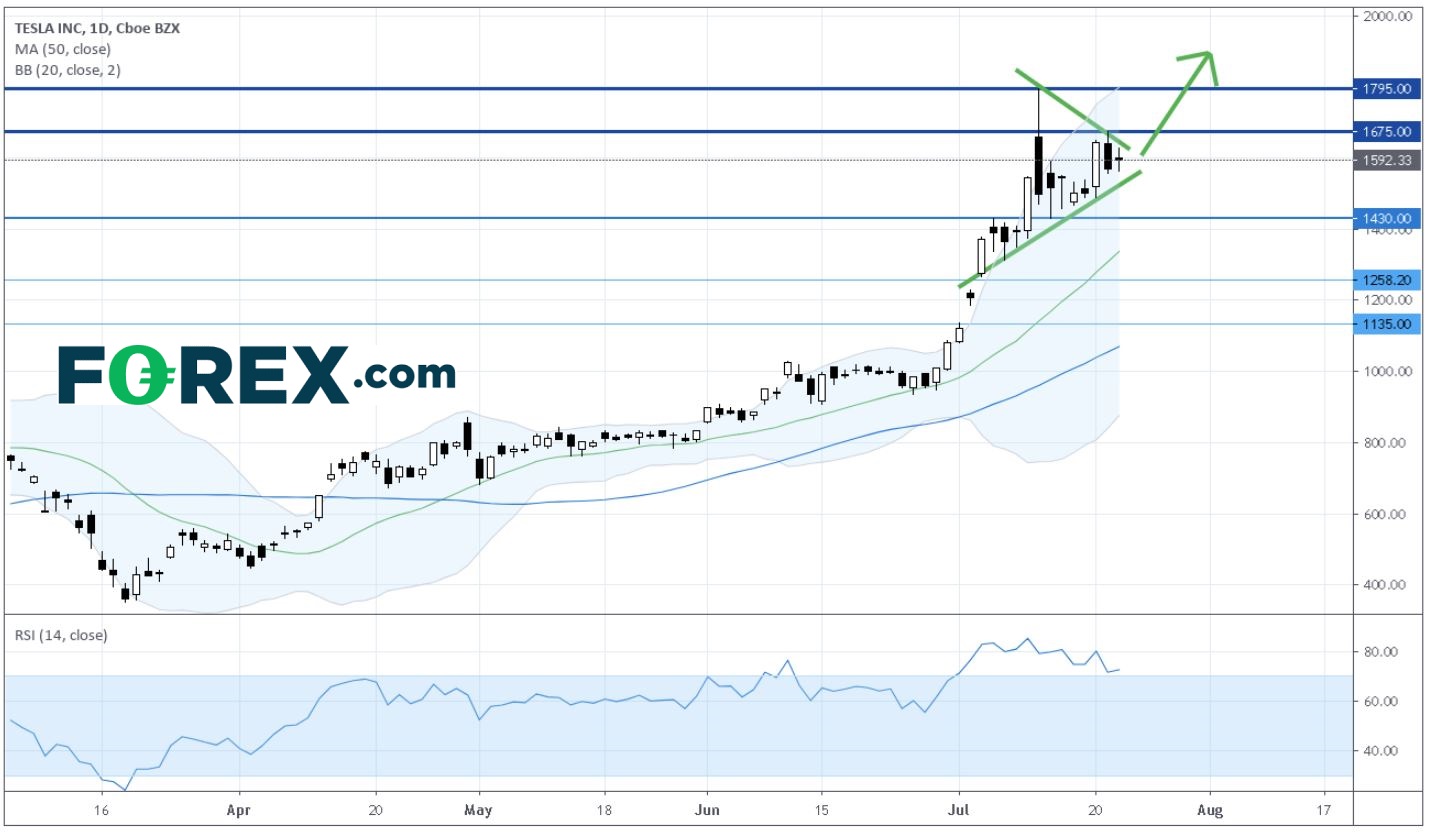 
The stock keeps riding on a bullish trend line drawn from early July.

In fact, it is shaping up a Bullish Triangle Continuation Pattern.

A break above the Overhead Resistance at $1675 would call for a challenge against $1795 - the all-time intraday high seen on July 13.

Bullish investors should take the level of $1430 as the Key Support Level.