The Loonie continues to soar

The CAD had the best gain of the week against the USD..What's next?

The US Dollar was lower against most of its major pairs on Friday. On the U.S. economic data front, retail sales gained 1.2% on month in July, below the 2.1% estimate from 7.5% in June. Industrial production gained 3% on month in July, in-line with estimates, from a gain of 5.4% in June. Finally the University of Michigan Consumer Sentiment index rose to 72.8 in a preliminary August reading, above the 72 estimate compared to 72.5 in the July final reading. On Monday, we can expect the U.S. Empire State Manufacturing Survey to decline to 14.5 in August from 17.2 in July.

The Euro was bullish against all of its major pairs with the exception of the AUD and JPY. In Europe, the European Commission has reported 2Q GDP at -12.1% (vs -3.6% in 1Q) and June trade balance at 17.1 billion euros surplus (vs 14.5 billion euros surplus expected). France's INSEE has posted final readings of July CPI at +0.8% on year, as expected.

Looking at weekly performance, the CAD had the best performance against the USD (+0.64%) and the NZD was under the most pressure (-0.71%).

On a daily chart,  the trend remains in play. Price action remains inside a bearish channel. The pair broke key support at the $1.332 area which was resistance back in 2019. The MACD is also trending lower indicating downside momentum. Look for a continuation lower to test Jan lows near $1.2955 unless the pair can make a reversal above the upper declining trend line and the 20-day moving average. 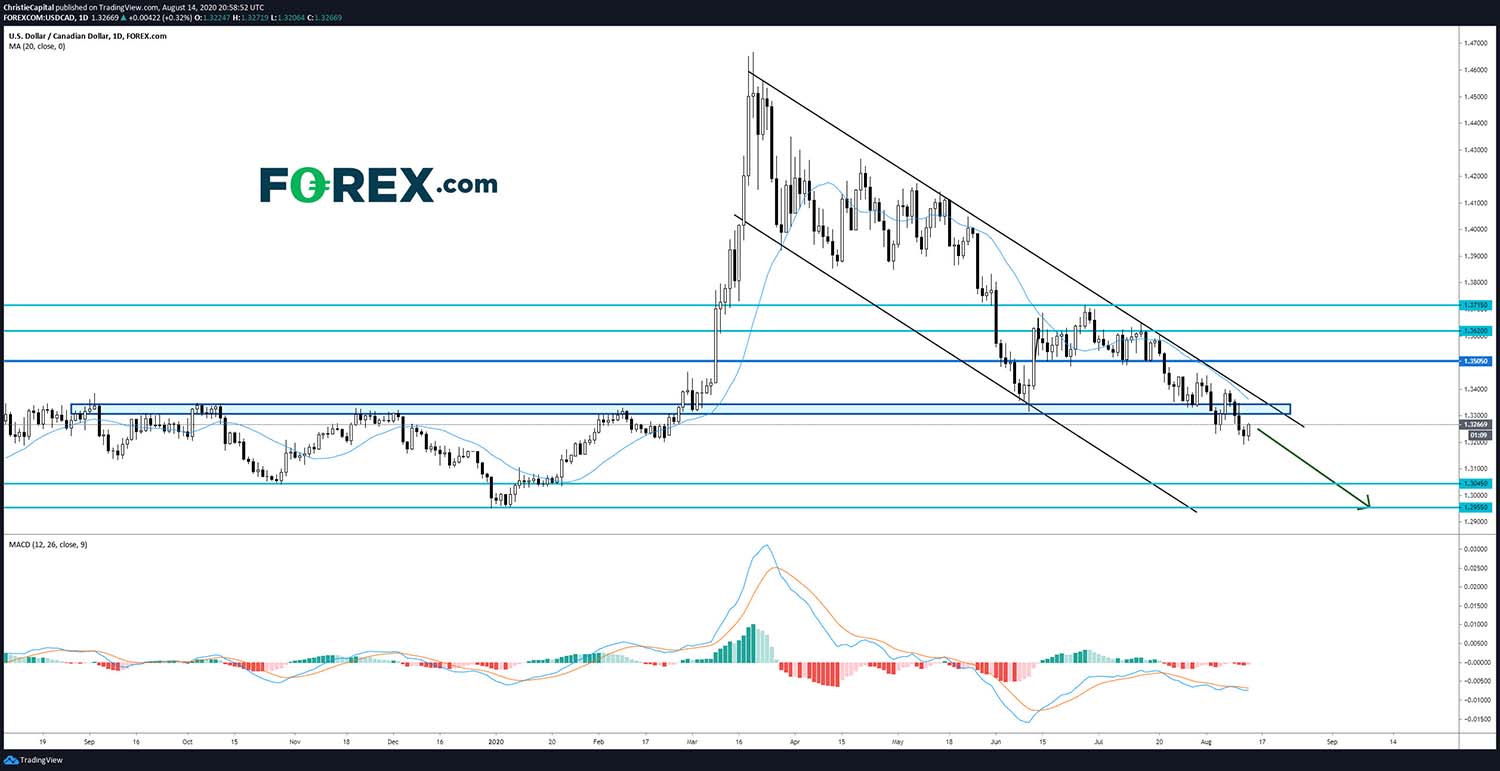