Trump halts stimulus talks until after the election

The 50-day moving average remains key for the GBPUSD: Chart

Currencies saw increased volatility and U.S. indices were under pressure in late Tuesday trading after President Trump said he is stopping stimulus talks until after the election in a tweet.

The Euro was bullish against most of its major pairs except for the CHF, JPY and USD. In Europe, research firm Markit has published September U.K. Construction PMI at 56.8 (vs 54.0 expected). The German Federal Statistical Office has posted August factory orders at +4.5% (vs +2.9% on month expected).

The Australian dollar was bearish against all of its major pairs after key rate decision by the reserve Bank of Australia (RBA). The dovish tone in the policy statement put some pressure on the AUD/USD as the pair declined approximately 61 pips.

GBP/USD declined 76 pips in Tuesday's trading making it the worst performing pair of the day. Key resistance remains at the 1.2985 area. The bias remains bearish on a daily chart until the pair breaks above its 50-day moving average (blue line) near the 1.3055 area. Key support rests at 1.2675 with main target of 1.251 on the downside. 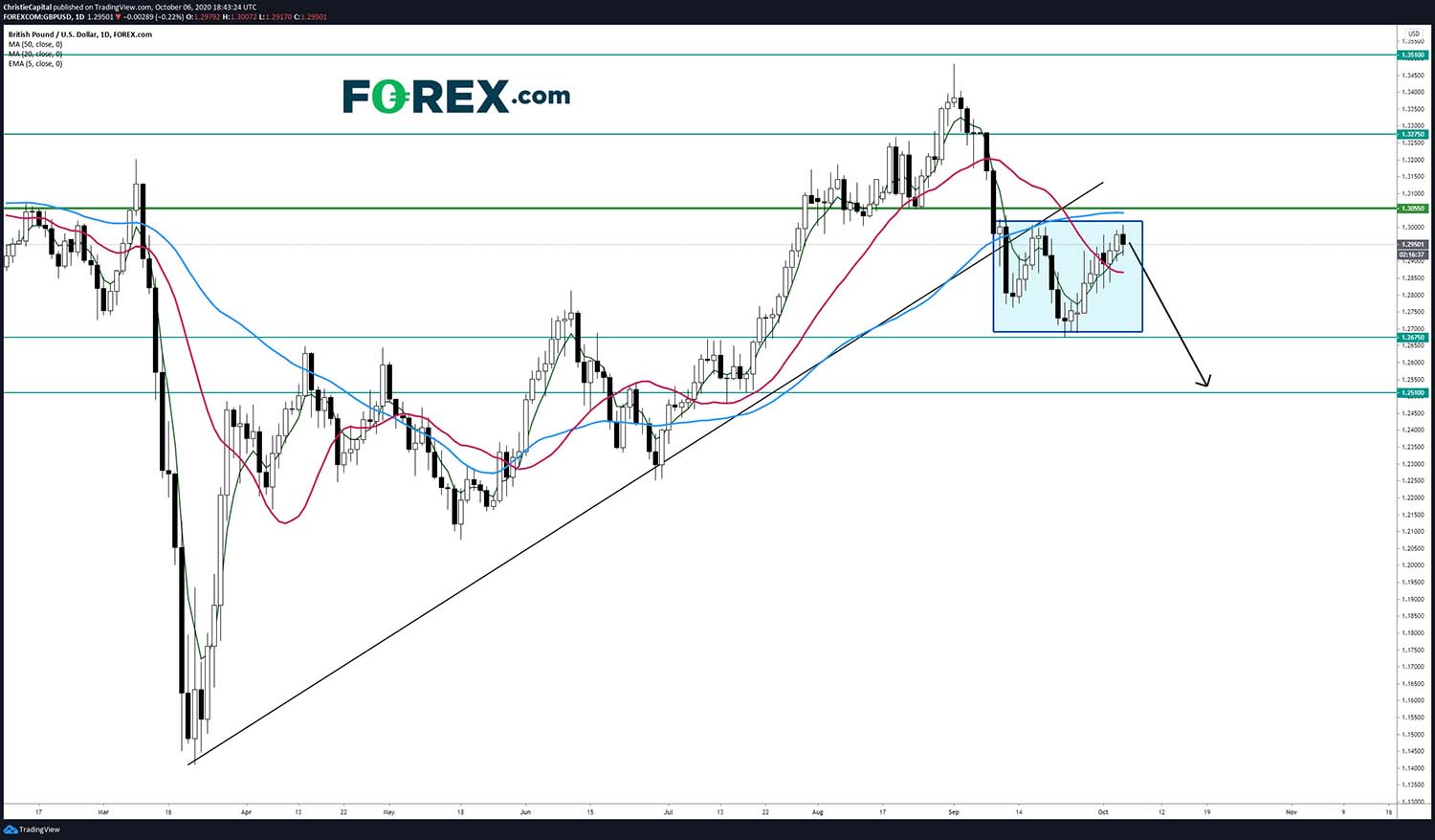