UBS Group, the banking group, announced that 2Q net income dropped 11.5% on year to 1.23 billion dollars, above expectations, and operating income fell 1.7% to 7.40 billion dollars. Return on CET1 capital slid to 13.2% from 16.0% in the prior-year period while CET1 ratio was stable at 13.3%. Also, credit loss expenses amounted to 272 million dollars, compared with 268 million dollars in the prior quarter. The bank said: "Depending on business development and the outlook in the second half, UBS may resume share repurchases in the fourth quarter."

From a chartist point of view, the stock price is nearing the upper end of a long term bearish channel. The weekly Relative Strength Index (RSI, 14) has landed on its support at 50% and is reversing up. A breakout conformation of the resistance at 11.8CHF would validate a bullish signal and would call for a quick rise towards the horizontal resistance at 13.3CHF. First support is set at 10.88CHF. As long as 10.88CHF is support, the bias remains bullish. Below 10.88CHF, look for a test of 9.9CHF. 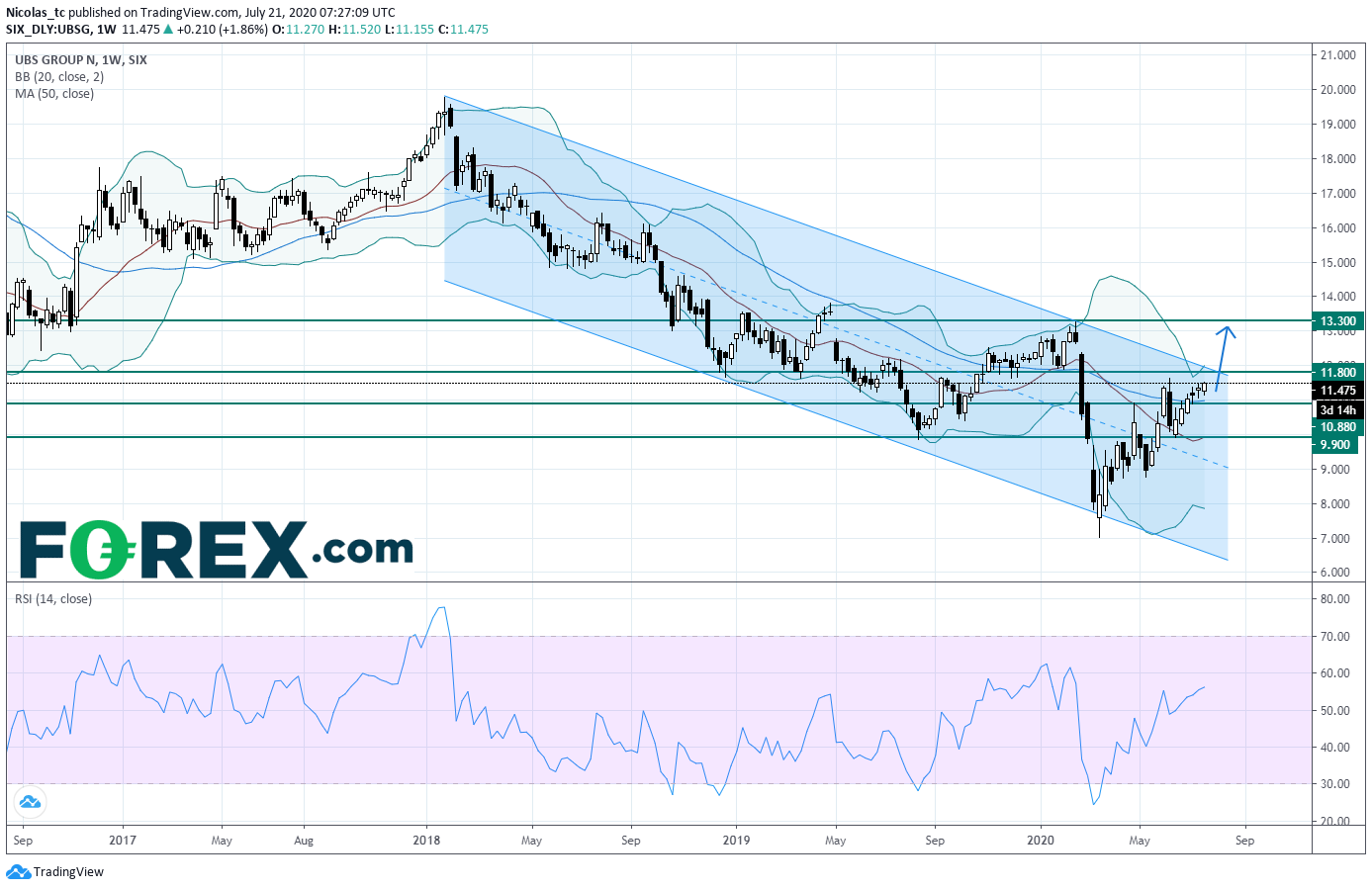