Some key economic data were released this morning and they don’t look good.

From a technical point of view, on a daily chart, GBP/USD is posting a pull back on its 50-day moving average (in blue). The daily RSI stands within its buying area between 50 and 70. Readers may therefore consider the potential for a new up move above horizontal support at 1.2335. The nearest resistance would be set at previous overlap at 1.2870 and a second one would be set at set at March top at 1.3200 in extension. 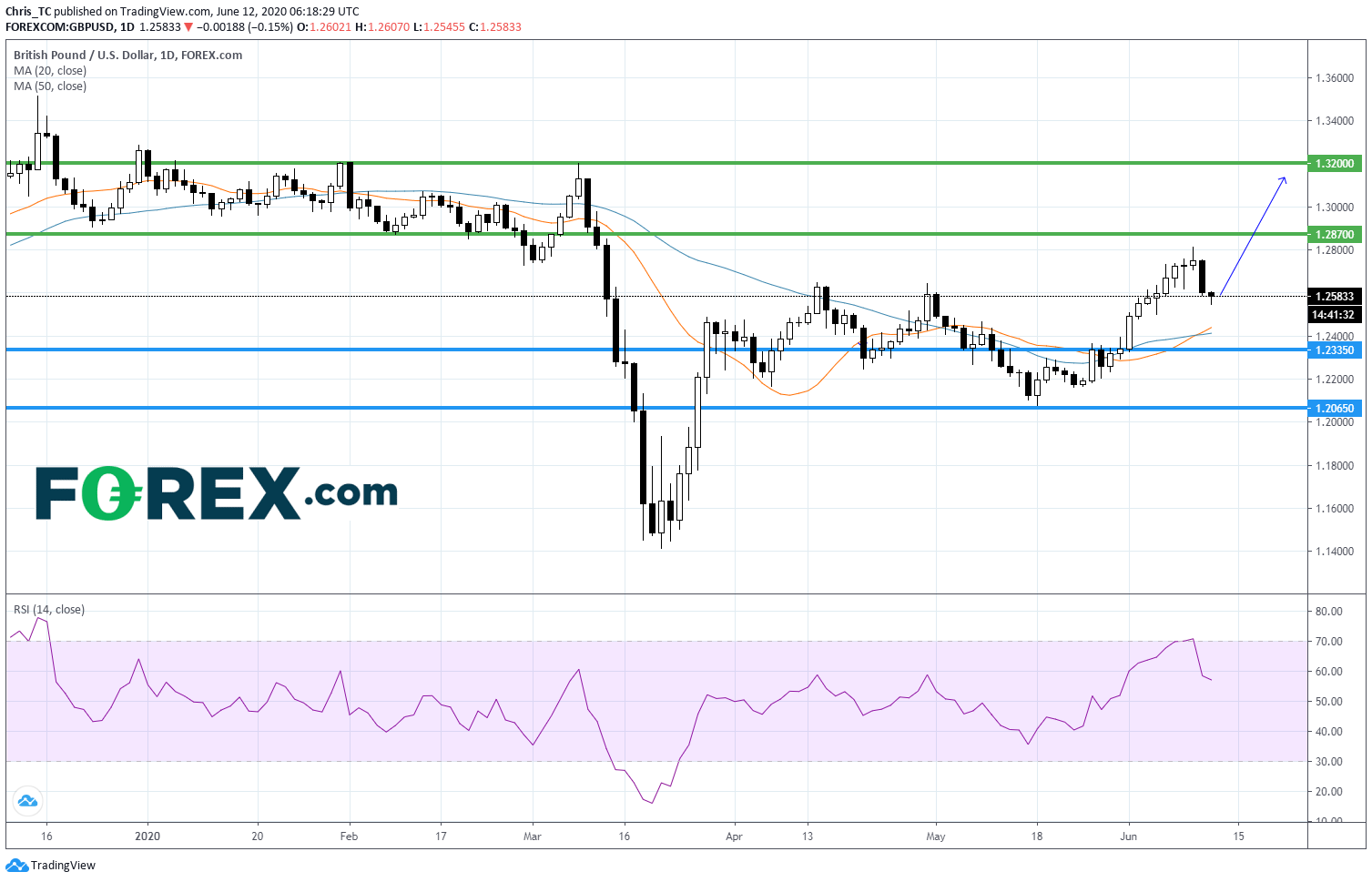