If trading the GBP pairs, watch for volatility around the data this week.

This week the UK will release a barrage of economic data that could fire up the GBP, as it is up against some key levels. At last week’s BOE meeting,  the central bank said they will not tighten until they see significant progress being made in eliminating spare capacity and achieving the 2% inflation target sustainably.  This week’s data may provide the markets some direction as to if the economy is moving towards the BOE’s goals!  Below are the more important UK releases this week:

After a nice rally dating back to November of last year, GBP/USD has been in a consolidation pattern between 1.3800 and 1.4000. 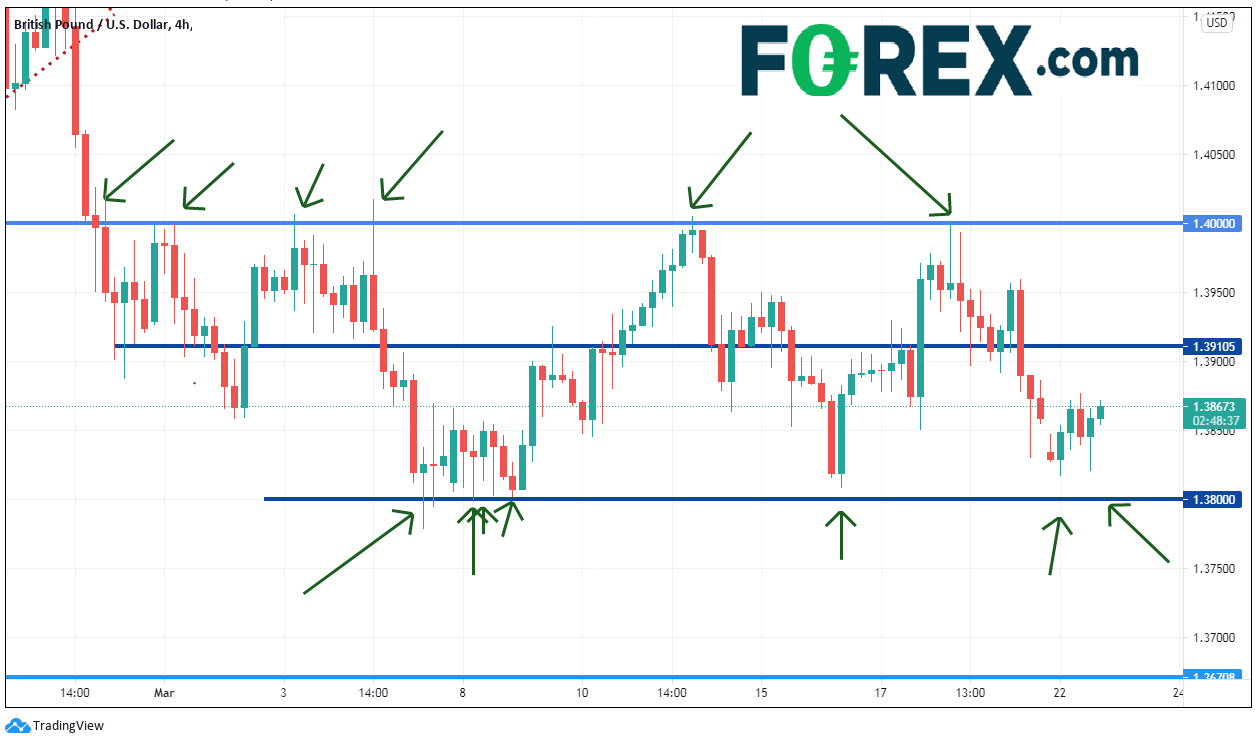 Stronger data could thrust the Pound back towards recent highs and channel trendline resistance near 1.4241.  Worse than expected data could push the pair below the bottom of the channel and horizontal support near 1.3755. 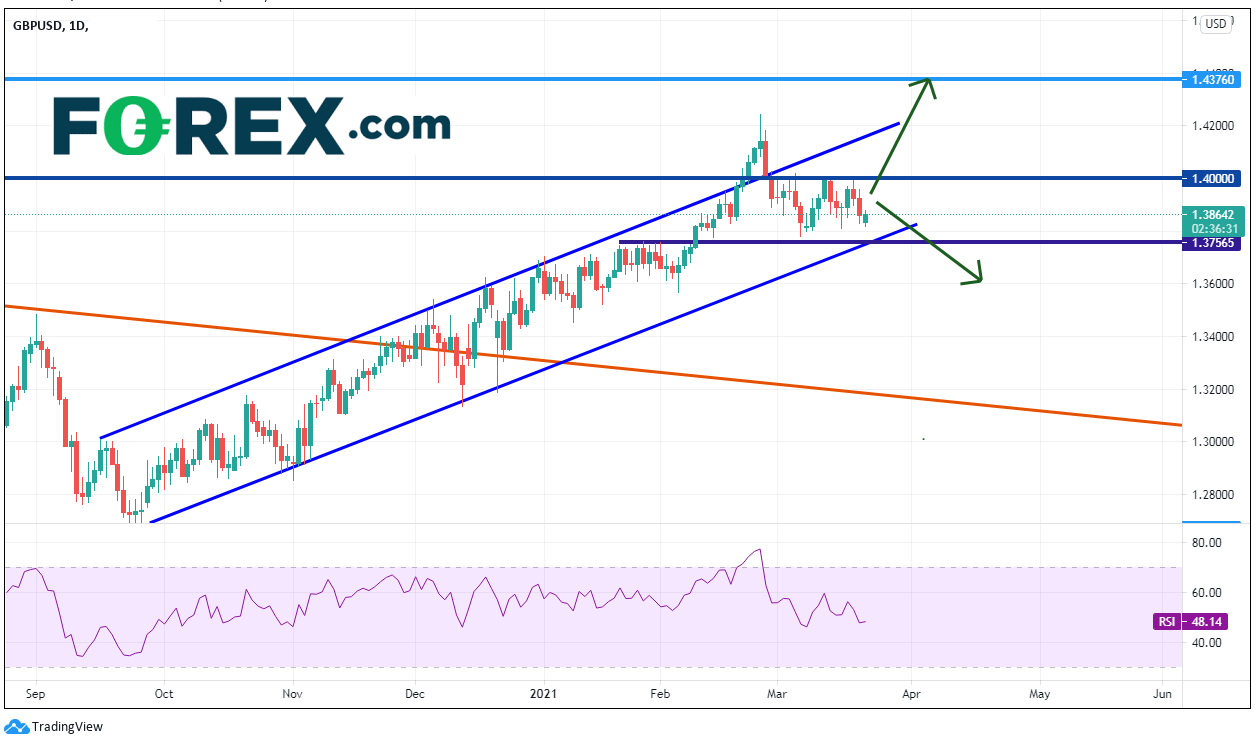 The pair has been moving lower since December 2020 and finally found support at 0.8533. EUR/GBP  bounced over the weekend and has taken out a short-term, downward sloping trendline above 0.8584 and came to a halt near the 50% retracement level from the February 26th highs to the March 18th lows, near 0.8632. Stronger than expected data could push the pair below recent support at 0.8533 towards the Fibonacci extensions from the February 24th lows to the February 26th highs at 0.8485 (127.2%) and 0.8416 (161.8%). Horizontal support below crosses at 0.8284.  Weaker data could push EUR/GBP above the February 26th highs at 0.8736.  However, notice the sideways price action over the last 2 weeks allowed the RSI to return to neutral, which now allows the pair to move lower without the RSI in oversold territory. 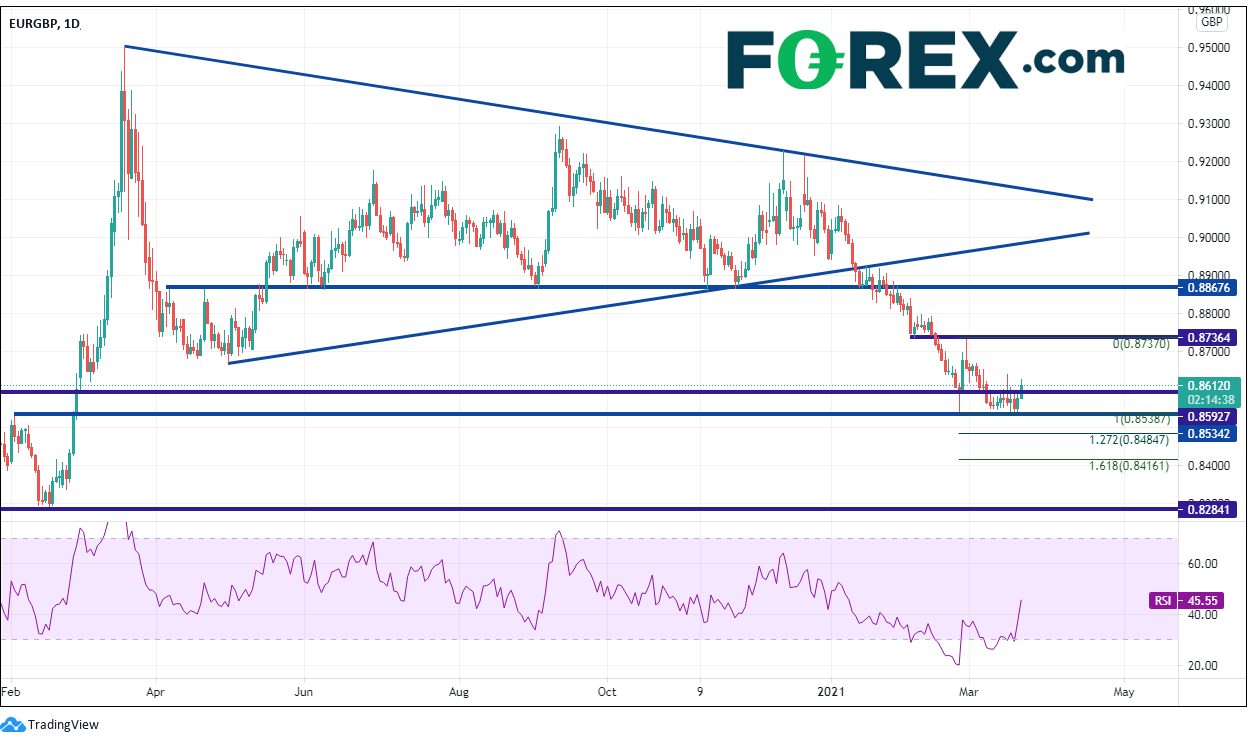 If trading the GBP pairs, watch for volatility around the data this week.  Some GBP pairs have been consolidating for 2 weeks.  Much stronger or weaker data could take out stops on either side of the ranges and allow these pairs to run!