U.K. may not be expecting a deal

Phil Hogan has told the European Parliament's trade committee that E.U. and U.K. "are not making much progress" on trade talks.

European Union Trade Commissioner Phil Hogan has told the European Parliament's trade committee that E.U. and U.K. "are not making much progress" on trade talks and the British may not be expecting a deal. This comes after tensions between David Frost and Michel Barnier last week.

From a technical point of view, on a daily chart, GBP/USD is posting a pull back on a former rising trend line and is challenging its 50-day moving average (in blue). The daily RSI stands around its neutrality area at 50. Readers may therefore consider the potential for a new down move below horizontal resistance at 1.2440. The nearest support would be set at May bottom at 1.2065 and a second one would be set at set at horizontal support at 1.1950 in extension. 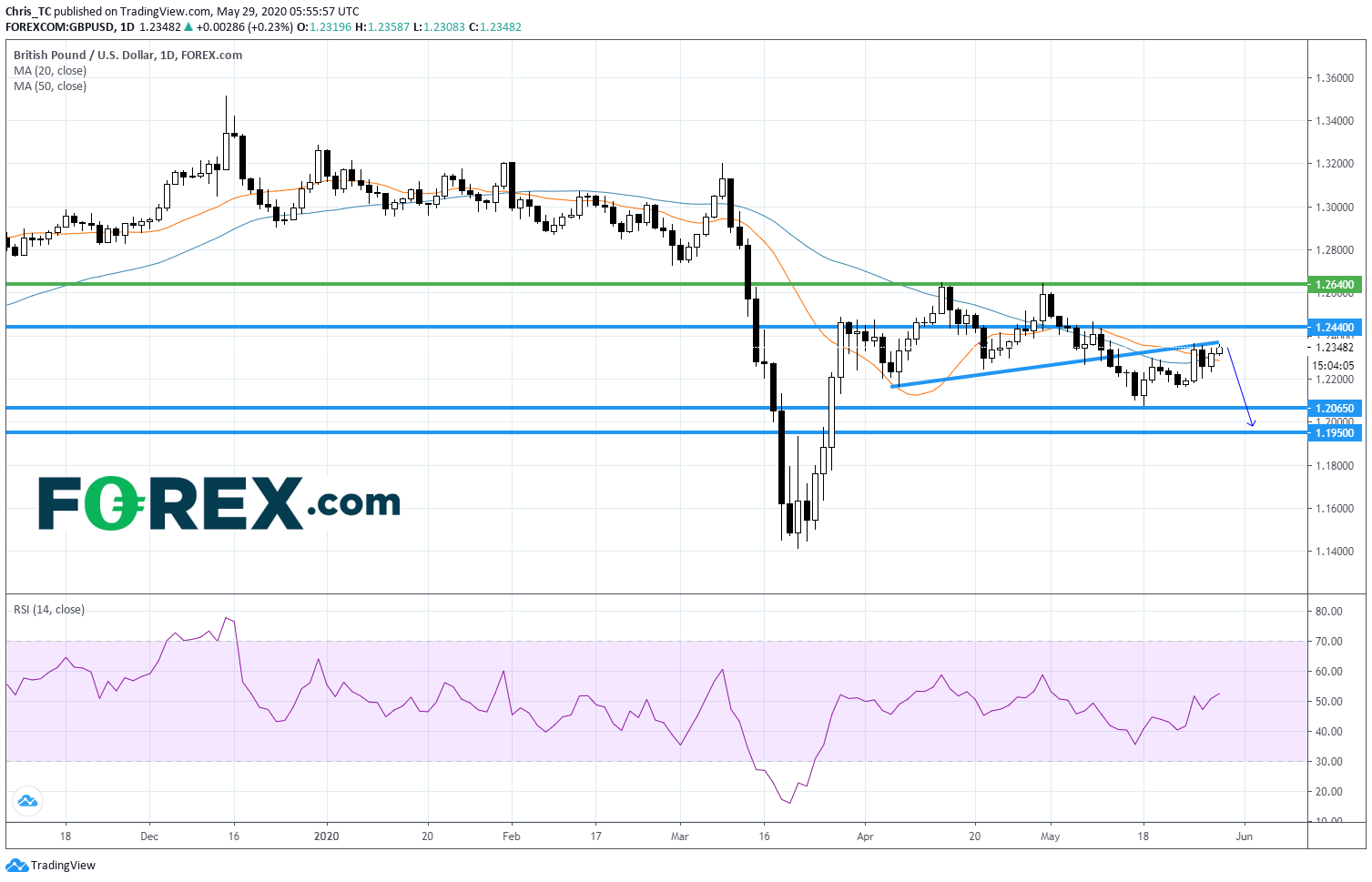