The US dollar index was weaker on Tuesday after having surged on Monday above the key 94.00 level. During the current period of fluctuation, the dollar index has thus far remained ensconced in a tight consolidation during this shortened Thanksgiving week in the U.S. 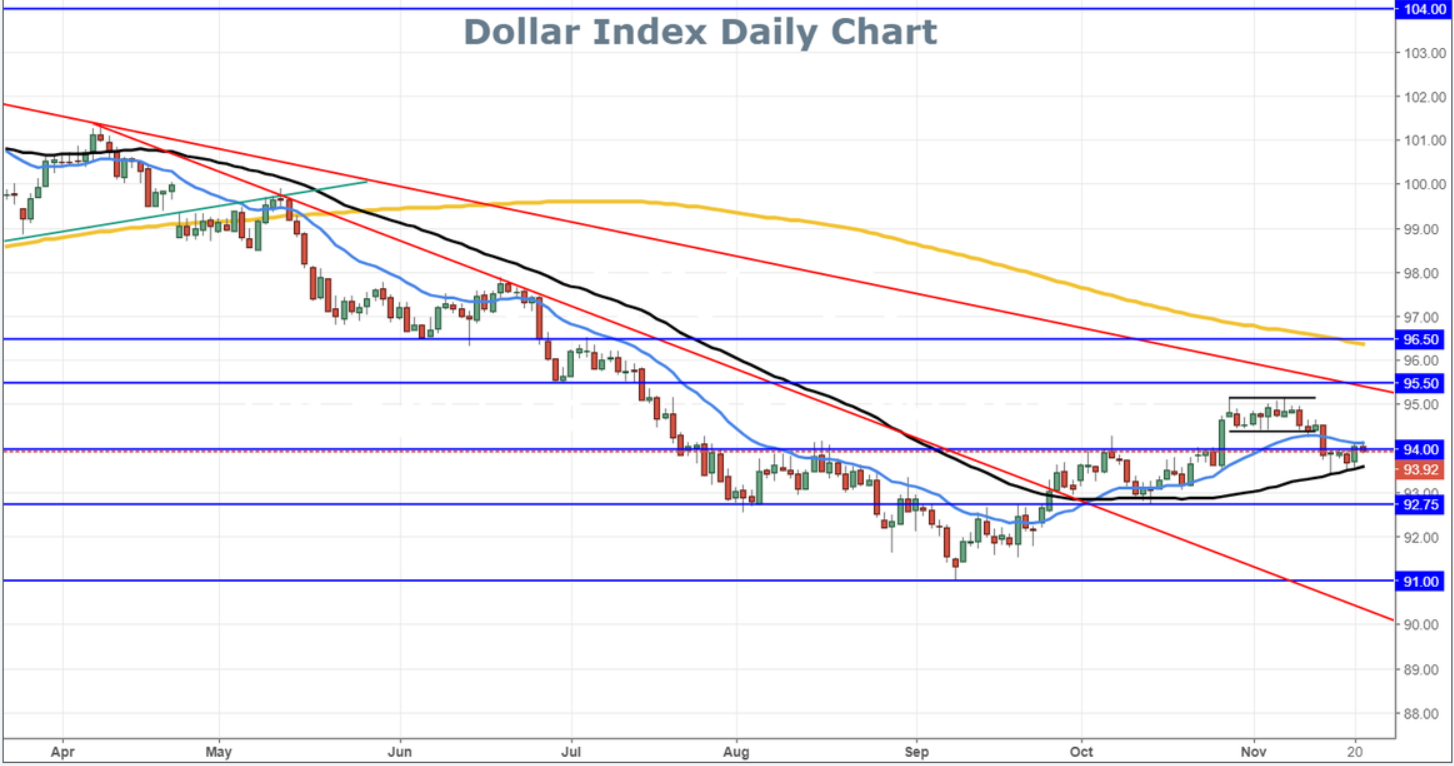