In addition to the US Dollar pairs we discussed earlier, let’s look at the DXY itself 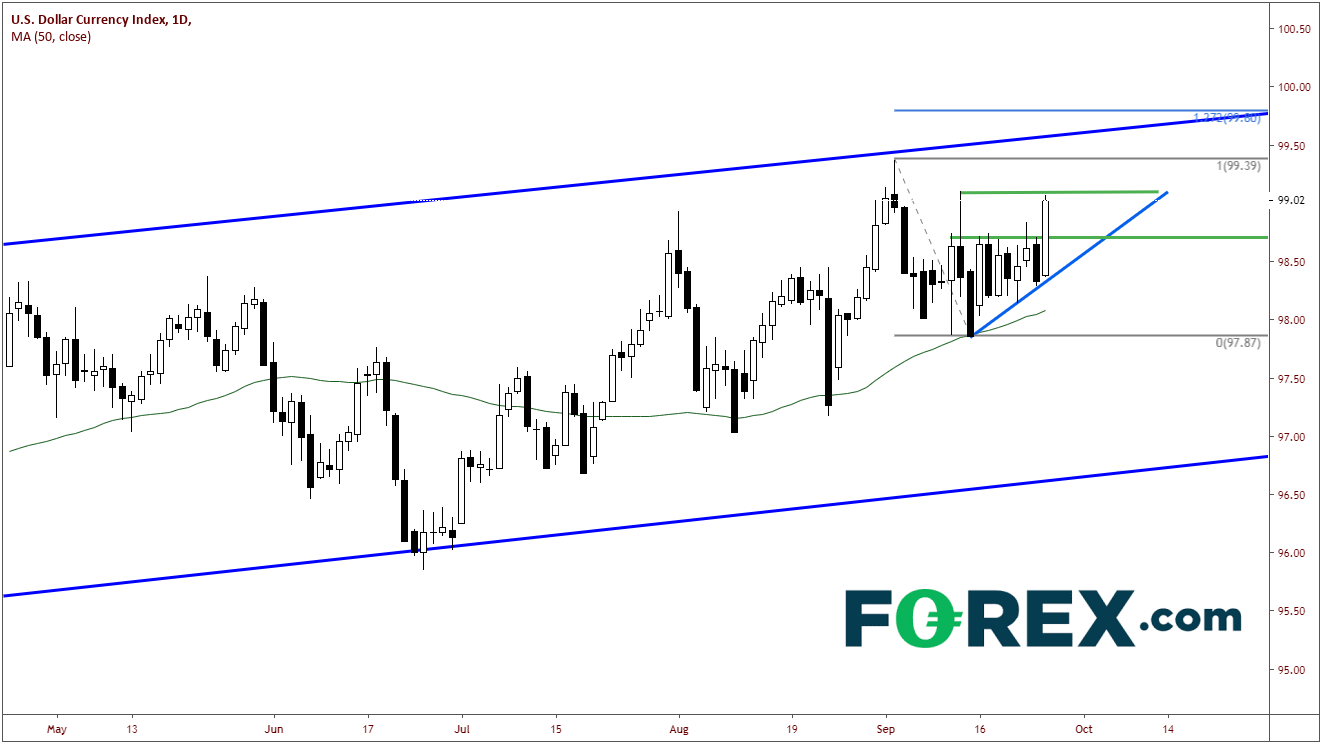