Price must continue moving in today’s direction for a reversal of trend!

The US Dollar Index is bouncing!   Yesterday, as we were looking for a possible pullback in EUR/USD ahead of the ECB meeting and EU Summit tomorrow, we noted that the DXY had moved into a support zone between 89.00 and 91.00 and that price was diverging from the RSI.  Today, price has bounced out of that area and the RSI is back in neutral territory.

A one-day move shouldn’t define a reversal of trend, however, there are some levels to watch on the upside if this move does try and push higher.  The lows from September 1st at 91.75 is the first level to watch of resistance to watch. Next resistance is at the 38.2% Fibonacci retracement level from the November 20th highs to the December 4th lows, near 91.96, then horizontal resistance near 92.18. 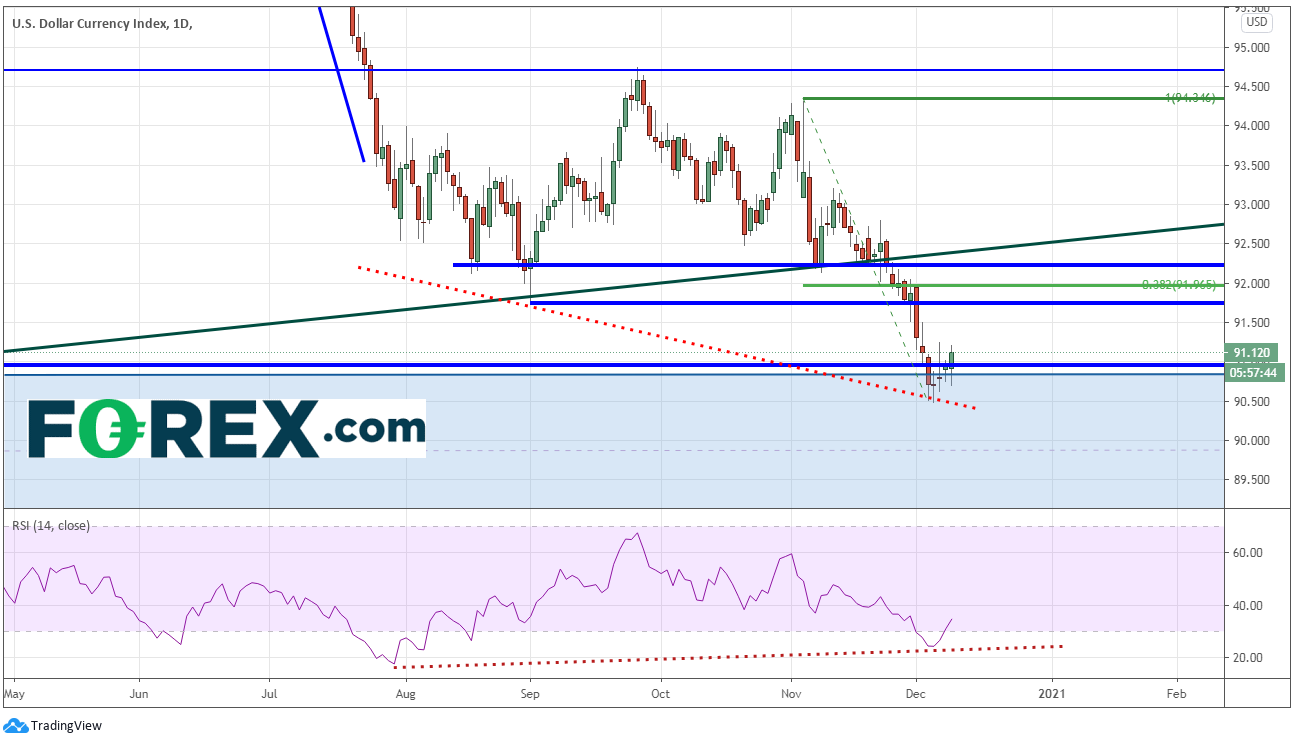 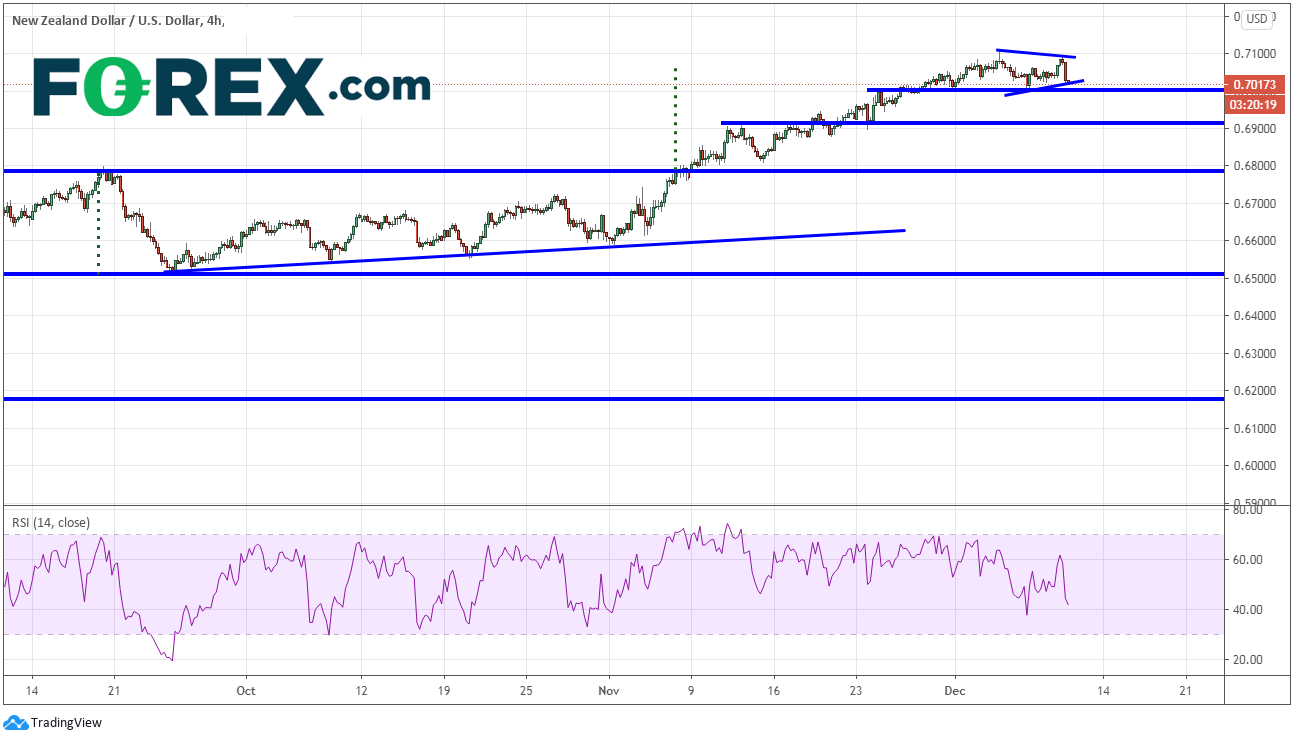 USD/CAD is another US Dollar pair that has had a strong move lately.  The pair stalled its move lower at not only the previous lows from October 2018, but also the 161.8% Fibonacci retracement level from the lows on November 9th to the highs on November 13th, near 1.2767.  A bounce above the November 9th lows at 1.2928 and the psychological 1.3000 round number level are needed to confirm a reverse in trend. 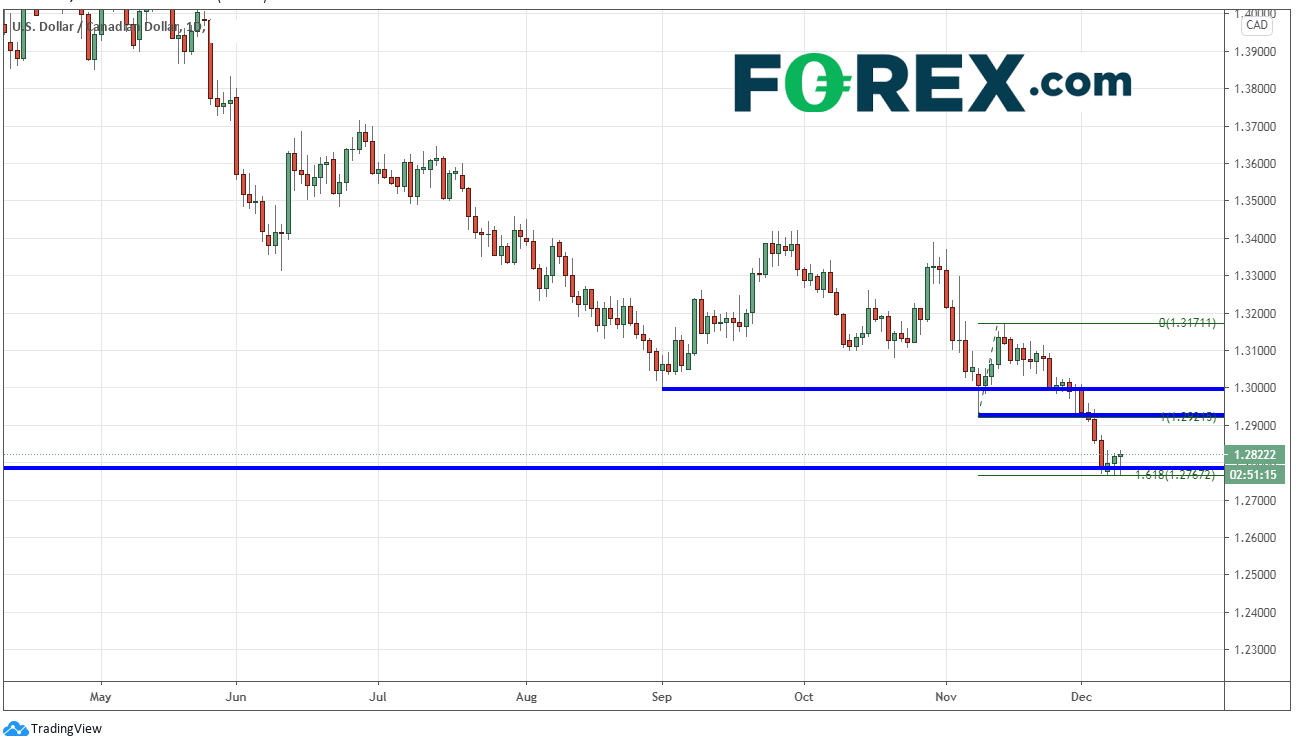 Although many of the US Dollar pairs are showing decent signs of a possible reversal today, price still must continue moving in today’s direction for it to be a reversal of the trend!