Until Friday, the world’s reserve currency had spent the last three months consolidating in a sideways range below 95.50 as traders weighed the long-term uptrend against the potential for the greenback’s interest rate advantage against its rivals to peak (see “The Long View: When will traders jump off the bullish dollar trend?” for more). With the recent “safe haven” bid, the US dollar index has broken out to a new 1-year high above 96.00.

Technically speaking, the dollar index formed a clear “ascending triangle” pattern through May, June and July. The bullish breakout from that pattern, in-line with the recent uptrend, suggests that rates may have further to rally in the days and weeks to come.

Other technical indicators are supportive of continued gains as well. The 50-day moving average continues to trend higher and has provided consistent support for the index over the last couple of months. Meanwhile, the RSI indicator continues to trend higher, and despite the recent rally, is not yet in overbought territory. As always, it’s worth noting that an overbought reading in an oscillator is not uncommon in a bullish trend. In fact, shorter-term trend traders would rather see the RSI continue to oscillate in and out of overbought territory rather than drop to oversold levels, which could indicate an end to the near-term uptrend.

Looking ahead, the next level of resistance in the dollar index comes in closer to 98.00, where the 61.8% Fibonacci retracement of 2017’s big drop and the high from last June converge. Of course, traders will also want to keep a close eye on support and resistance levels in EUR/USD itself (which makes up the majority of the index) to gauge the strength of the dollar’s trend; the equivalent level in that pair comes in around 1.12. Previous resistance in the 95.00-50 zone may provide support on any near-term dips moving forward. 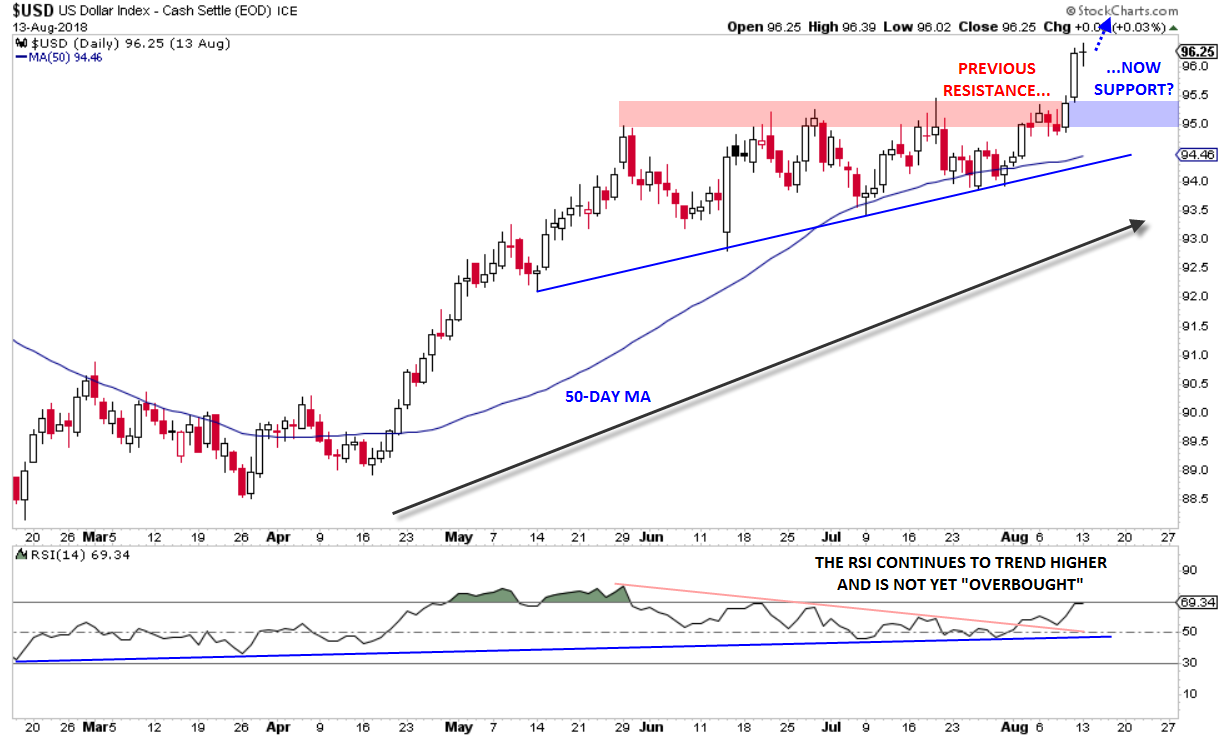