US NFP worse and Canadian employment data better than they may first appear: USD/CAD

US and Canadian payroll data moving in opposite directions!

The US Non-Farm Payrolls released today were roughly in line at +49,000 jobs added to the economy in January.  However, December’s figure was revised lower, from -140,000 to -227,000!  And although the unemployment rate was much better than expected, 6.3% vs 6.7%, the participation rate was lower. This indicates that many people had dropped out of the labor force, and therefore, due to the method of calculation of the unemployment rate, resulted in a lower rate.

On a daily timeframe, USD/CAD price action has been oscillating around the 50-Day Moving Average since January 28th, as the pair consolidated in a symmetrical triangle.  USD/CAD recently held the 161.8% Fibonacci extension from the lows of September 1st, 2020 to the highs of September 25th, 2020, near 1.2720.  On January 27th, the pair also broke above a descending wedge which began in September 2020.  Price is expected to break out of a symmetrical triangle in the same direction as it was moving prior to the triangle (higher in this case). Resistance above is near today’s highs at the downward sloping trendline of the symmetrical triangle at 1.2832 and then a downward sloping longer-term trendline dating back to March 2020 near 1.2950.  Above there is significant horizontal resistance and the psychological round number resistance between 1.2990 and 1.3000.  If the symmetrical triangle fails and moves lower bulls will be looking to enter the market at the retest of the descending wedge near 1.2650.  Additional support is the January 21st lows at 1.2588. 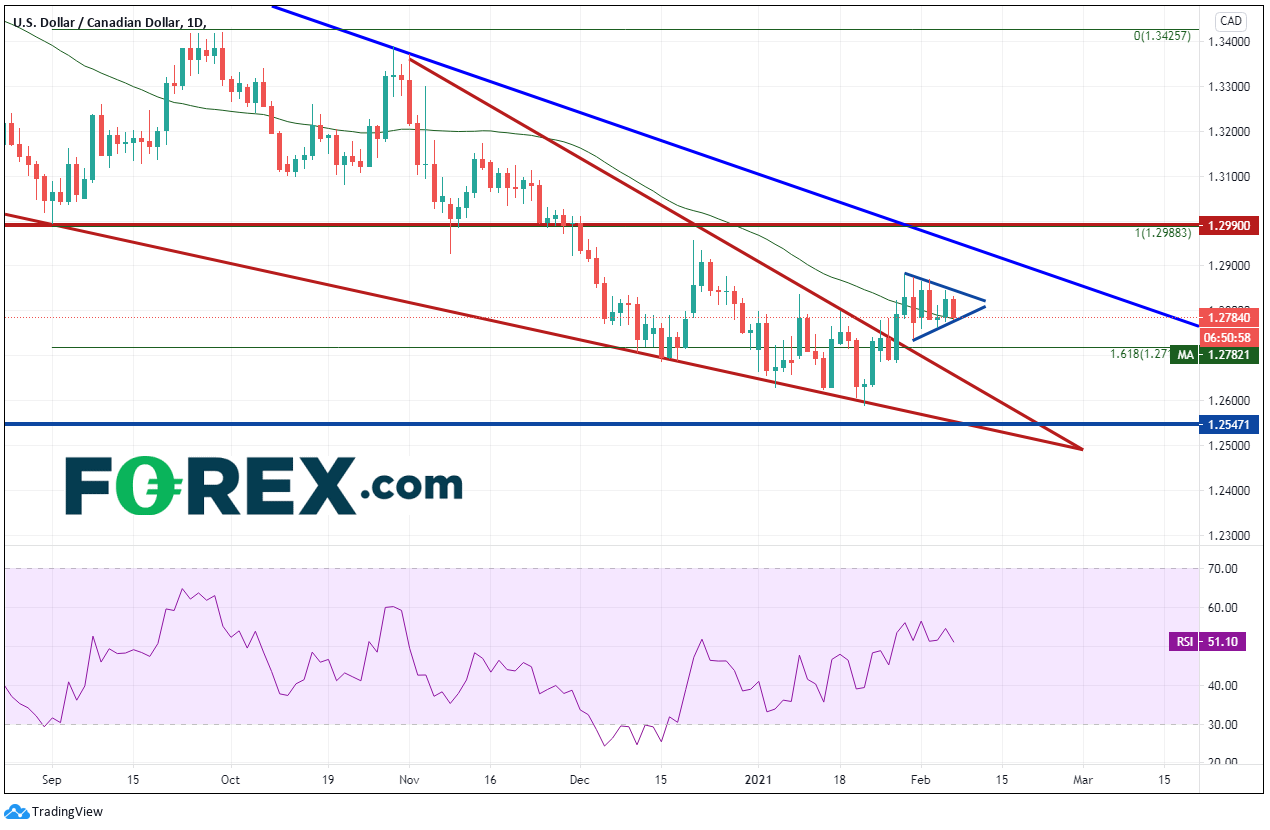