US yields surge to start a busy week for US lawmakers, Dollar Index probing YTD highs

The US dollar is the strongest major currency so far this month, boosted by surging yields

As my colleague Joe Perry noted in his Week Ahead report, it will be a busy week for US lawmakers, with Congress trying to hash out votes on a $3.5T social welfare spending package, a $1.2T infrastructure bill, and an agreement to raise the debt limit ahead of a potential partial government shutdown on Thursday. For the uninitiated, here is a quick breakdown of where each bill stands as of writing:

Between these big legislative priorities and Fed Chairman Jerome Powell’s clear signal that the central bank intends to announce its taper plans at its November meeting last week, US bond traders have clearly started to price in rising interest rates. Looking at the yield on the two-year treasury bond, which tends to have one of the best correlations with the value of the US dollar, rates are testing 0.28%, their highest level since the onset of COVID last March and a 10bp rise from the start of the month: 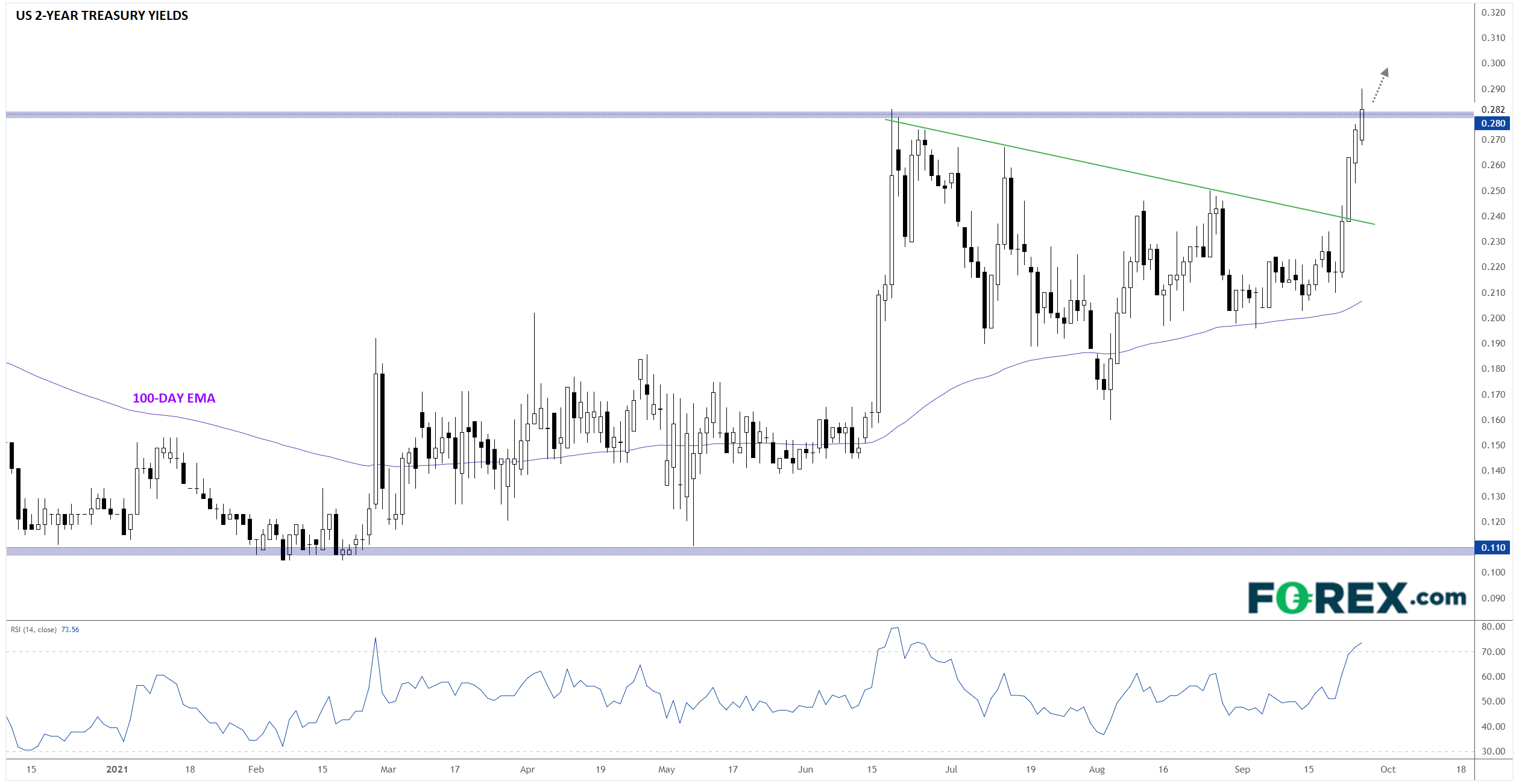 Not surprisingly, given the close correlation between 2-year government bond yield and currency values, the US dollar is the strongest major currency so far this month. After retracing to its 100-day EMA to start September, the US dollar index is once again on the verge of breaking out above previous resistance in the 93.20-50 zone to its highest level so far this year:

A confirmed break above 93.50 could open the door for a continuation toward the Q4 2020 highs for the dollar index in the mid-94.00s next. Meanwhile, even a pullback from this resistance area would leave the bulls in control on a medium-term basis unless the dollar index drops below its 100-day EMA in the 92.30 area.