<p>All good things eventually must come to an end, and after last week’s price action, USD/CAD bulls are wondering whether the seemingly never-ending gravy train of higher rates is finally done. The currency pair had surged a staggering 1500 pips in less than three months to hit a high above 1.4600 before rolling over in the second half of last week. </p> 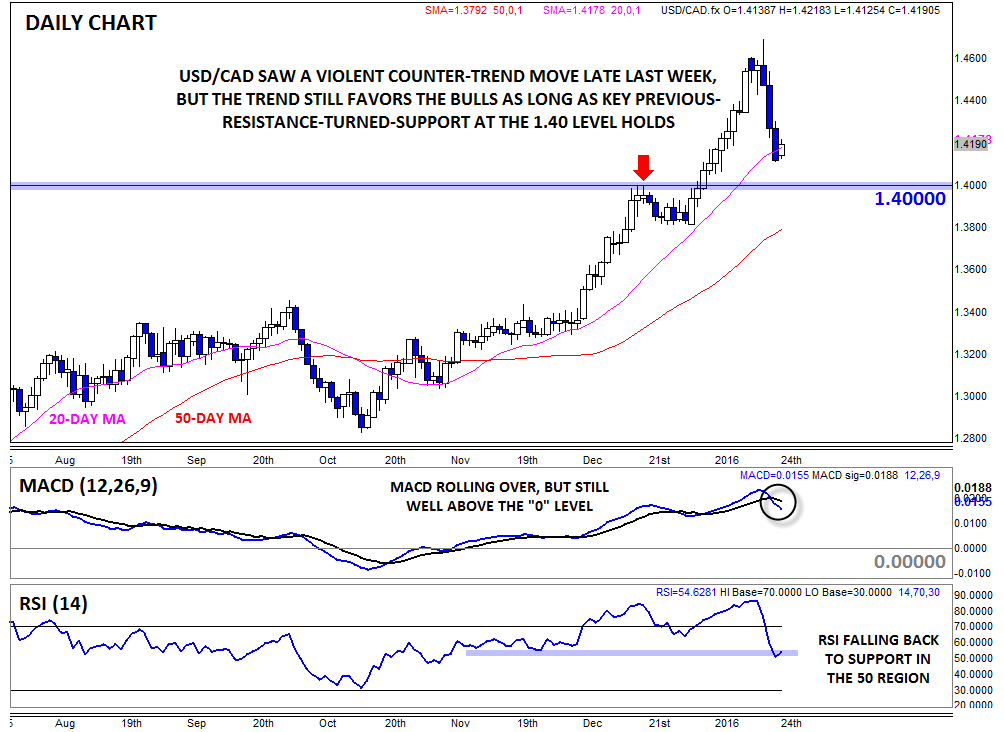