Regarding the US trade relationship with Mexico, Trump stated that “it’s a much less severe situation than what’s taking place on the southern border,” indicating that future changes to the trade status quo between Canada and the US would not likely be far-reaching.

Prior to their meeting, the Canadian dollar had been somewhat pressured on fears that any sweeping changes made to trade agreements between the neighboring countries would be disproportionately detrimental to Canada’s economy, which is heavily dependent on trade with the US. After the meeting, some of that pressure was lifted off the Canadian dollar, as fears of a massive adjustment to the relationship subsided.

The energy-linked Canadian dollar has also been affected in the past several weeks by consolidating crude oil prices, which have been pushed and pulled by the opposing forces of 1) OPEC’s adherence to its December agreement to cut oil output and 2) the resulting pick-up in US oil production and supply inventories.

Meanwhile, the US dollar is at the mercy of both the Federal Reserve – which has turned slightly more hawkish of late, as evidenced by Fed Chair Janet Yellen’s congressional testimony this week – and the unfolding of President Trump’s global trade policies.

The result of these many conflicting forces on USD/CAD has been a steadily converging consolidation for the currency pair that has formed a major triangle chart pattern just above key 1.3000 support. USD/CAD price action is quickly approaching the apex of that triangle, which suggests that the pair is coiling for a potential breakout. In this instance, the points of breakout are clearly seen around the key 1.3000 psychological support level to the downside and the descending trendline of the triangle to the upside. With any strong downside break below 1.3000, the next major target is at the 1.2800 support level. To the upside, a triangle breakout, especially due to a US dollar surge, could push USD/CAD back up towards its 1.3400 resistance target. 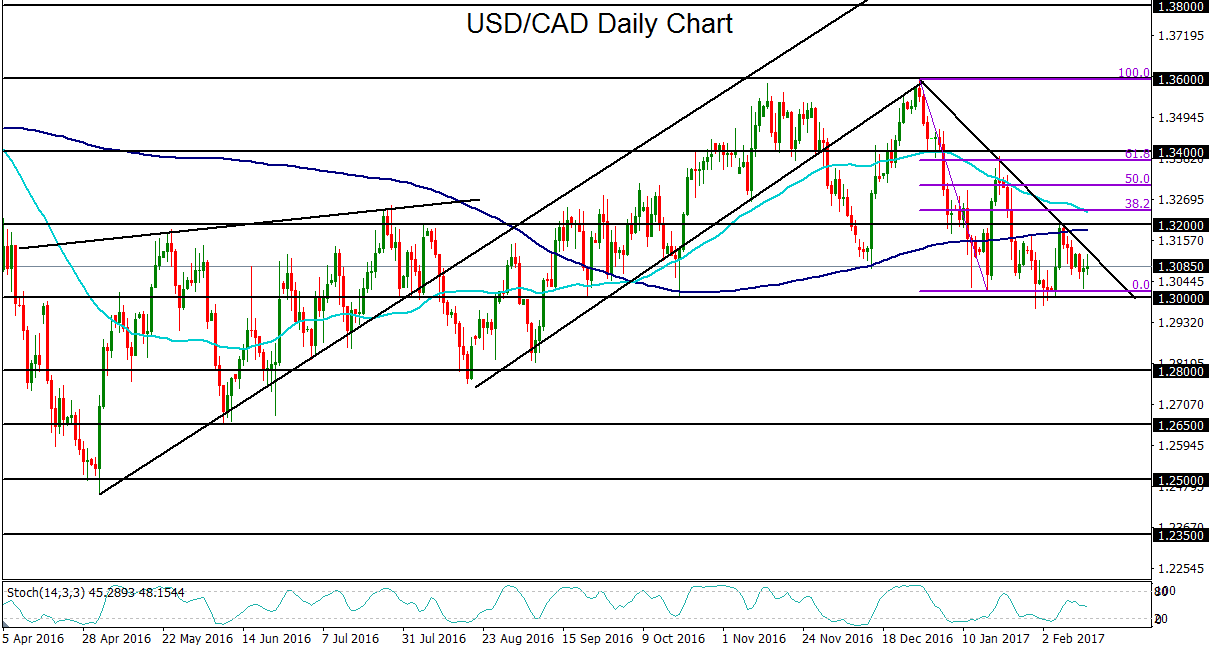