Thursday’s rebound in crude oil prices came after the International Energy Agency projected that crude oil markets would see a rebalancing within the next several months, with global oil inventories finally seeing a draw towards the end of the year. This projection reversed Wednesday’s losses that were partly driven by a surprise build in US inventories. Thursday’s oil surge helped support the correlated Canadian dollar, pressuring the USD/CAD currency pair.

Also helping to weigh on USD/CAD has been stagnation in the US dollar. After getting a sharp boost on last week’s stellar non-farm payrolls employment report, the dollar has given back its gains, and then some. This pullback is partly due to persistent doubts that the Fed will raise interest rates this year despite two months of highly positive employment data.

USD/CAD’s noted drop on Thursday to key 1.3000 support is even more significant from a technical perspective because this level is also right at the important 50-day moving average as well as the bottom of a large rising wedge pattern that has been in place since May’s 1.2500-area lows. For the entire duration of this wedge pattern, USD/CAD has been trading in a relatively tight, but slowly climbing, consolidation.

At the current confluence of support, the currency pair has dropped down to hit a critical juncture. Price action could either find strong support at this level and continue its consolidation, or it could break down. A breakdown would most likely be driven by a continued recovery in crude oil prices and/or extended weakness in the US dollar as the Fed continues to postpone raising interest rates in the face of the global trend of central bank easing. In the event of such a breakdown below the 1.3000 level, the next major downside target is at the 1.2800 support level. 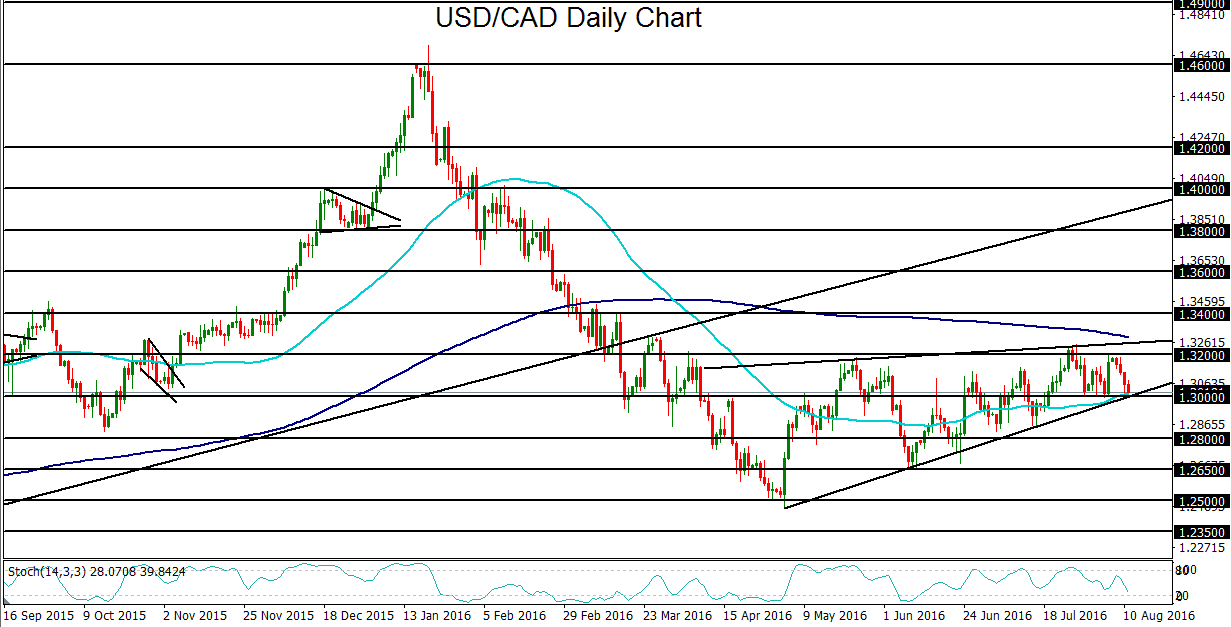