The market’s muted response to this outcome highlights the magnitude of the current risk-on investment environment that has taken hold virtually across the globe. Apparently, it will take a lot more than a vote on constitutional reform in Italy to steer markets off course.

Meanwhile, the risk-on atmosphere has also extended to crude oil, particularly after last week’s OPEC production deal was finally agreed upon. Optimism over the implications of the deal on global oil supply has boosted oil prices – both the West Texas Intermediate and Brent Crude benchmarks – to new 16-month highs as of Monday.

This continued rally for crude oil prices has helped lift the oil-correlated Canadian dollar at the same time that the US dollar has pulled back and consolidated ahead of next week’s Federal Reserve rate decision. The result for USD/CAD has been a sharp breakdown below both its 50-day moving average as well as a key uptrend channel that has been in place since mid-August.

Key risk events for both the US dollar and Canadian dollar in the coming days include the noted Fed decision next week as well as the Bank of Canada’s monetary policy decision this Wednesday. The Fed is heavily expected to raise interest rates at next week’s meeting, which could further provide support for the US dollar. Additionally, if the Fed provides indications of a potentially faster pace of monetary tightening next year due to higher inflation expectations, the greenback could be boosted even further.

Meanwhile, the Bank of Canada is not expected to make any substantial changes to its monetary policy on Wednesday. Vitally important for the Canadian dollar going forward will be how the OPEC deal begins to play out. Concerns over how well OPEC members will adhere to their new production quotas as well as whether other non-OPEC oil producers may or may not participate in the newly-minted deal, will have bearing on how crude oil prices and the Canadian dollar fare in the immediate future. 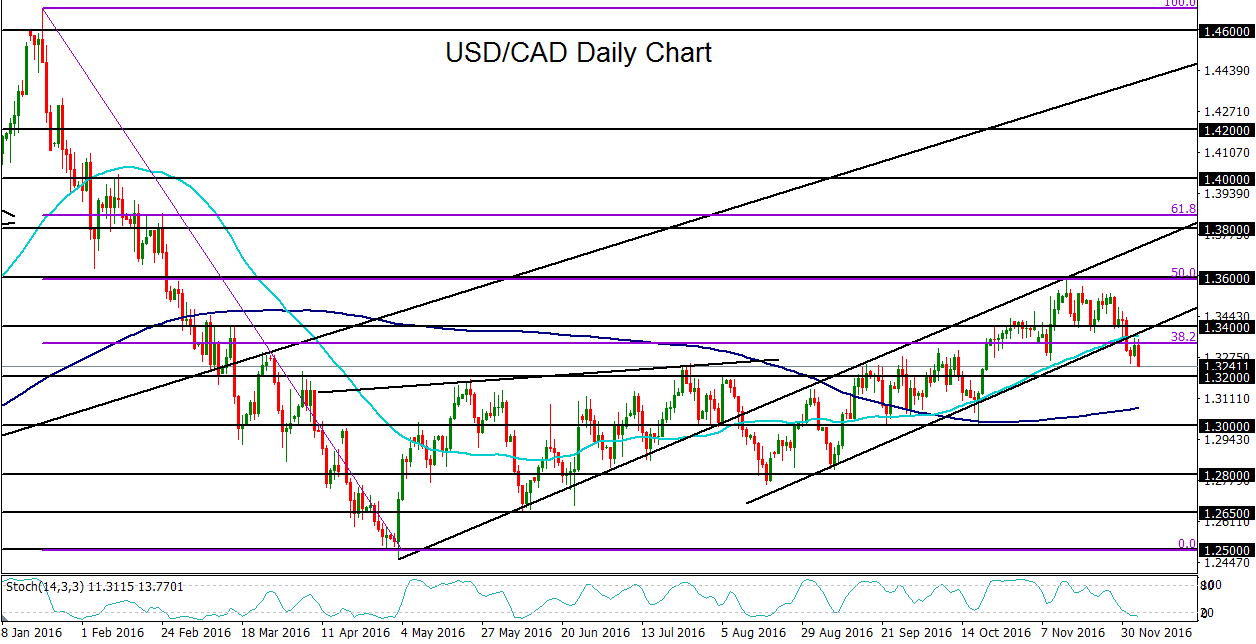