Despite relatively weak economic data releases out of the US on Thursday that have likely helped to decrease the already low probability of a Fed rate hike next week, the effect on the US dollar was rather muted, as much of the consistently low September rate hike expectations may have already been priced-in. Nonetheless, there was some drag on the US dollar, along with a moderate rebound for heavily-pressured crude oil prices that gave the oil-correlated Canadian dollar a bit of a boost.

Despite relatively weak economic data releases out of the US on Thursday that have likely helped to decrease the already low probability of a Fed rate hike next week, the effect on the US dollar was rather muted, as much of the consistently low September rate hike expectations may have already been priced-in. Nonetheless, there was some drag on the US dollar, along with a moderate rebound for heavily-pressured crude oil prices that gave the oil-correlated Canadian dollar a bit of a boost.

As a result of these dynamics on Thursday, USD/CAD has tentatively retreated from major resistance around the key 1.3200 area. This resistance area is also at the underside of a clear uptrend line extending back from May’s 1.2500-area lows. Prior to this tentative turn down from resistance, the currency pair had been rising for more than a week as the US dollar has been relatively well-supported ahead of next week’s FOMC meeting and the Canadian dollar came under renewed pressure from falling crude oil prices.

Whether the noted resistance around 1.3200 ultimately continues to hold or not should remain largely contingent upon the US dollar’s reaction, if any, to Friday’s key Consumer Price Index reading and any possible effect that the reading may have on next week’s Fed decision, as well as the path that crude oil prices take in the next few days. In the event that the 1.3200 resistance area does indeed hold, a strong turn back to the downside could once again target the 1.3000 and 1.2800 support objectives. In the opposite event of any sustained breakout above 1.3200 resistance, the next major upside target is at the key 1.3400 resistance level. 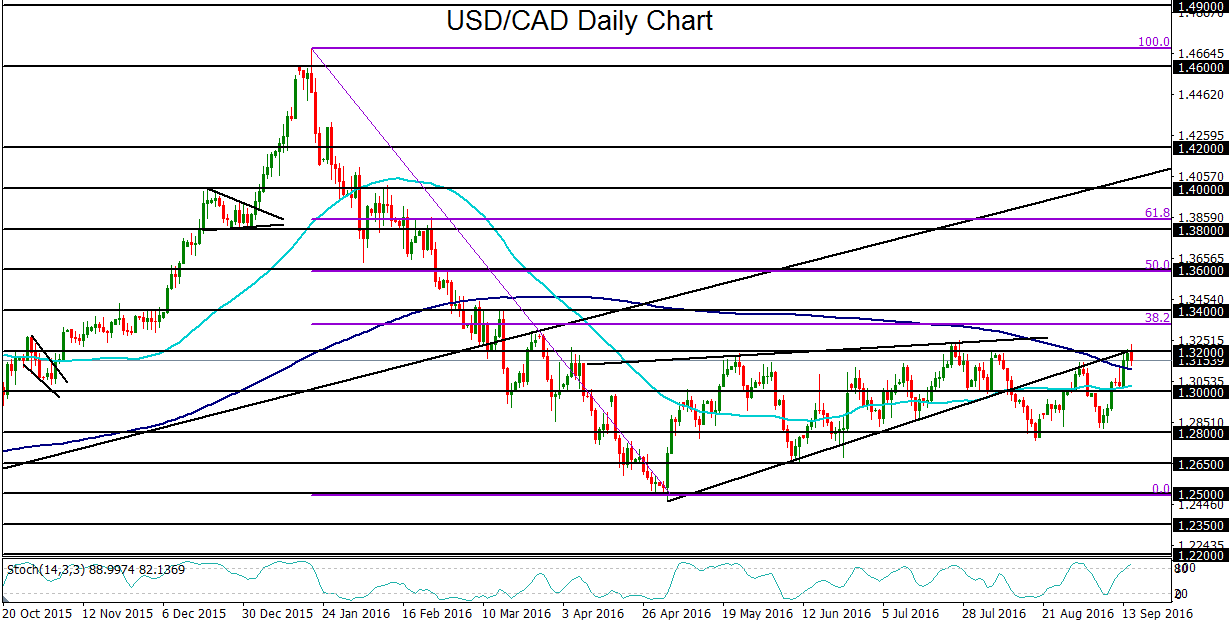