Looking at active major pairs today, the USD/CHF fell68 pips to 0.9508. Key resistance on an intraday chart has been identified at around the 0.9545 level. Here is an update on key levels.

The US Dollar was bearish against most of its major pairs on Tuesday with the exception of the NZD, AUD and CAD. On the economic data front, The National Federation of Independent Business's Small Business Optimism Index rose to 94.4 on month in May (92.5 expected), from 90.9 in April. Wholesale Inventories increased 0.3% on month in the April final reading (+0.4% expected), compared to +0.4% in the April preliminary reading.

On Wednesday, the Mortgage Bankers Association's Mortgage Applications data for the week ending June 5th are expected. The Consumer Price Index for May is expected to release unchanged on month, compared to -0.8% in April. Finally, the Federal Open Market Committee (FOMC) is expected to keep the Federal Funds Target Rate between 0.00% to 0.25%, in line with the last FOMC meeting.

Looking at active major pairs today, the USD/CHF fell 68 pips to 0.9508. Key resistance on an intraday chart has been identified at around the 0.9545 level. The pair remains under pressure as the USD continues to weaken against its majors. Traders that are bearish might want to consider  keeping with the bearish trend down to test 0.9482 lows and ultimately 0.944 support. A break above 0.9545 would be a significant breakout with a target set at 0.9585 resistance. 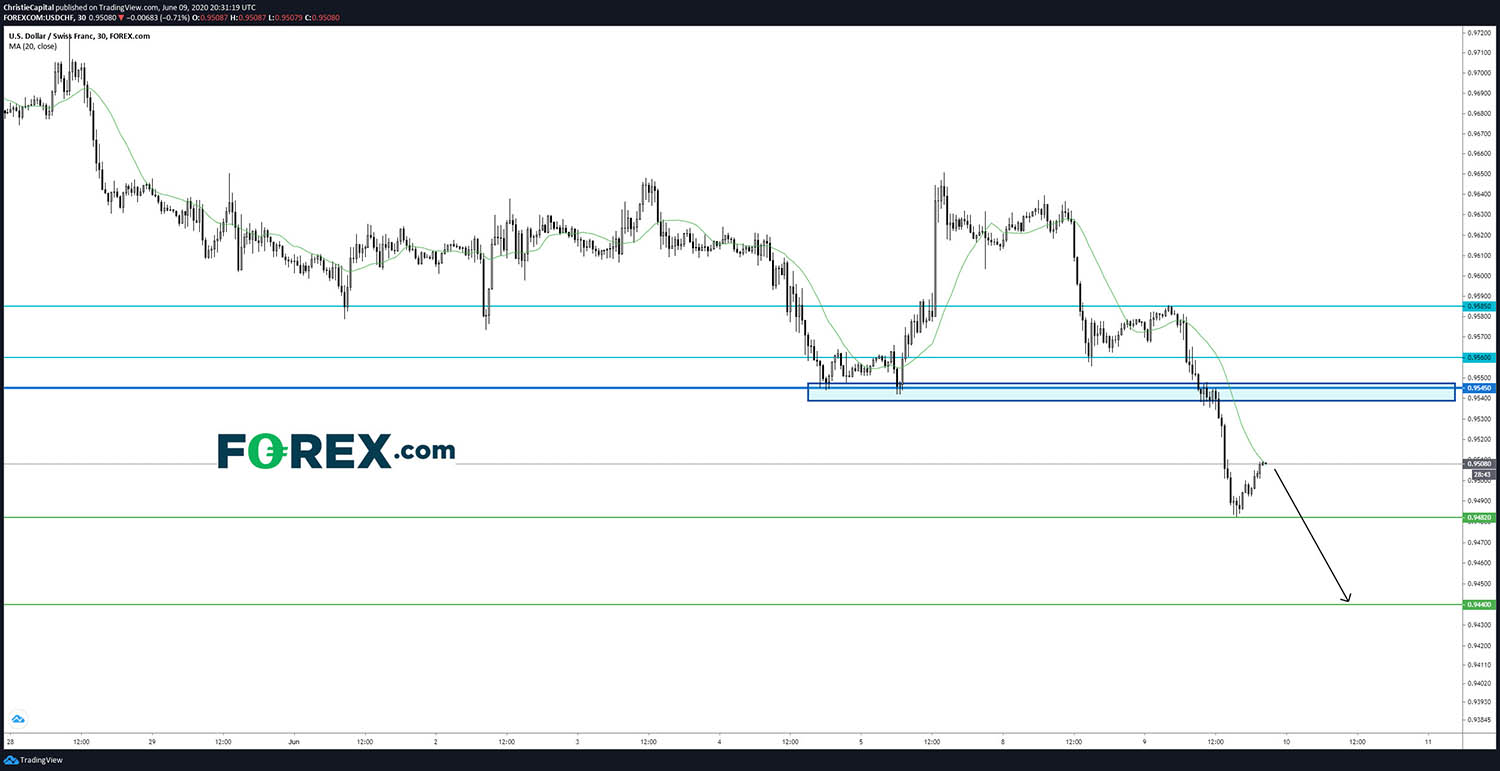