Wednesday's trading saw the largest pip move in the GBP/USD which dropped 77 pips to 1.2257. Here is what to keep an eye on. 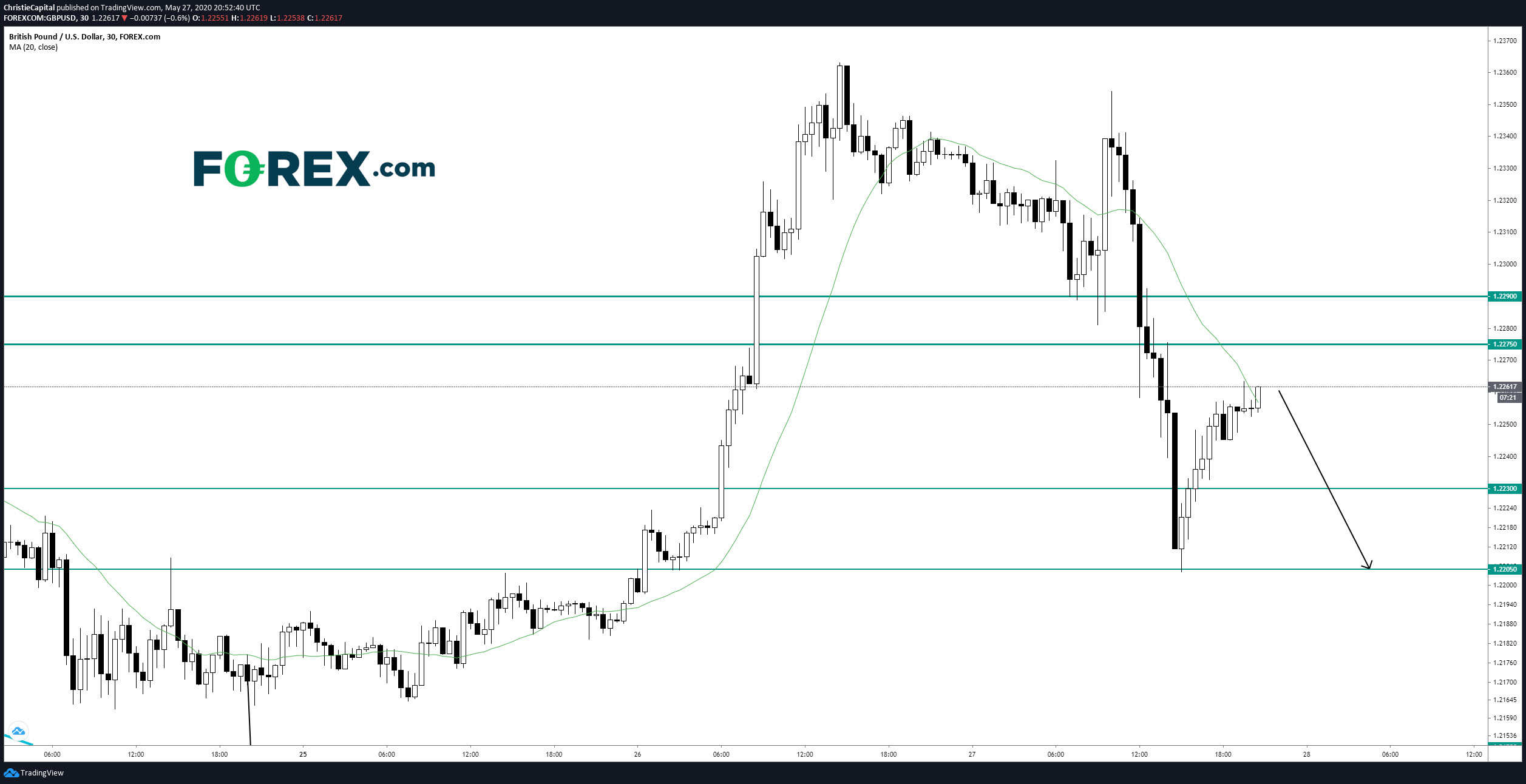