<p>USD/JPY fell from major resistance on Tuesday after the Bank of Japan (BOJ) opted to keep interest rates on hold instead of cutting rates further into negative territory. While BOJ Governor Haruhiko Kuroda indicated that the central bank may continue implementation of more stimulus measures in future meetings, the statement lacked clarity as to when, or if, that might actually occur. As a result, the yen surged against most other currencies including the dollar, pushing USD/JPY well off its key 114.00 level.</p> 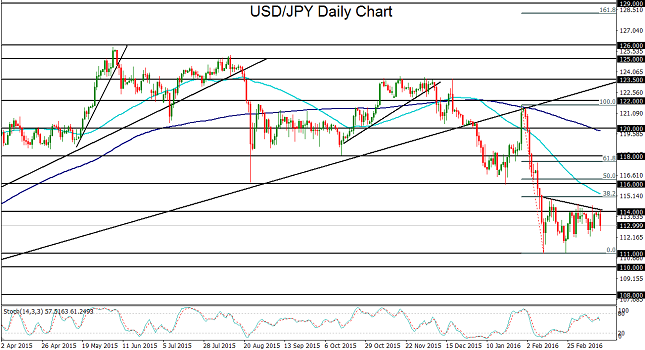