<p>As the markets await the conclusion of June’s FOMC meeting and the resulting monetary policy statement scheduled for Wednesday, the US dollar has remained in a much-weakened state against the Japanese yen. Both the yen and dollar have been supported most recently by a general risk-off market environment ahead of the UK’s pivotal EU referendum next week, but the safe haven Japanese currency has continued to assume a commanding lead against its major currency rivals.</p> 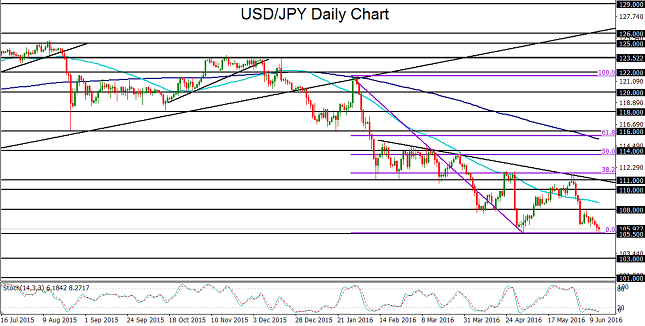