The yen has weakened across the board in the past month, falling against both the euro and US dollar. The yen has fallen especially quickly against the sharply rebounding dollar, boosting USD/JPY well above key previous resistance around 108.00 this past week. 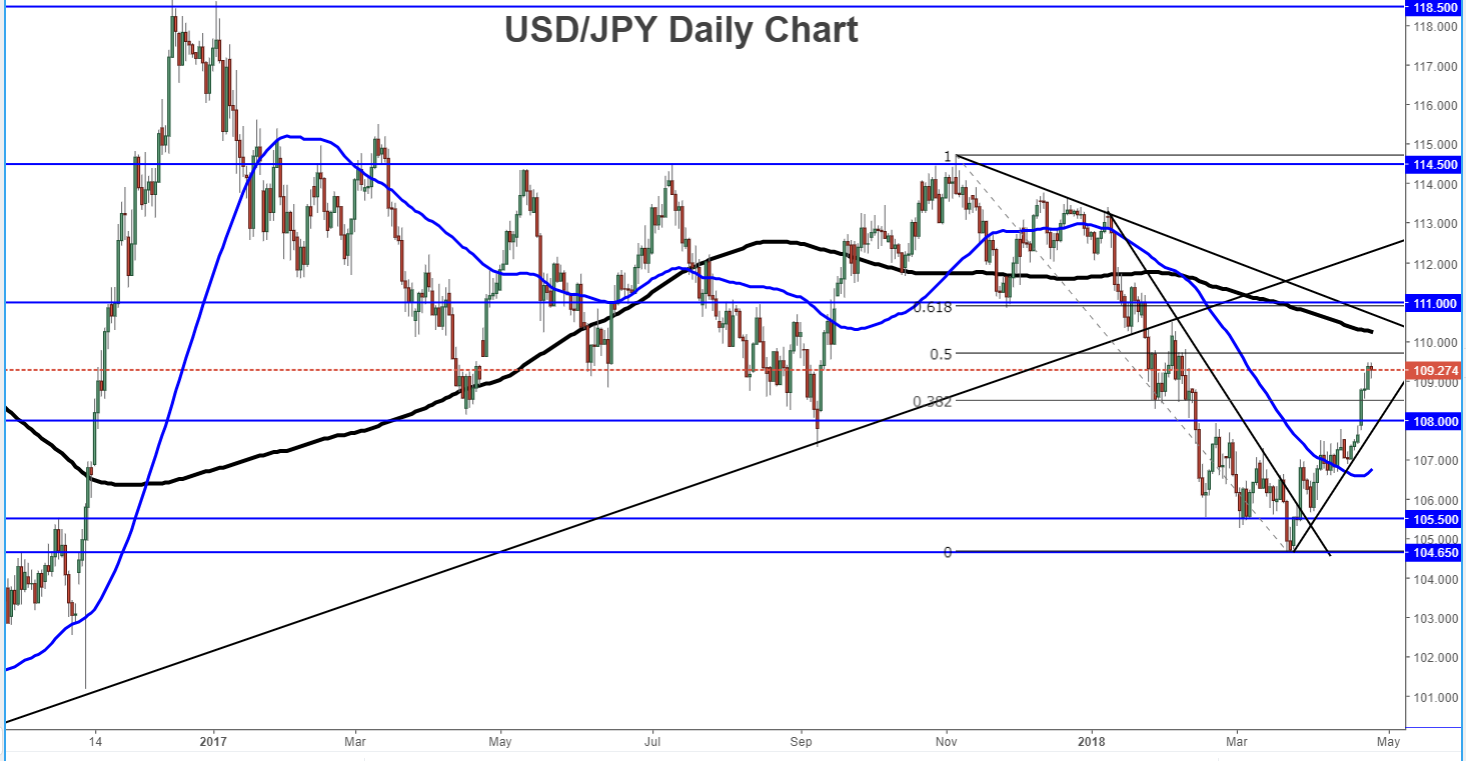