Downtrend remains in play as the USD/CAD tests key support.

The US Dollar was under pressure against all of its major pairs on Tuesday.

On the economic data front, it was a beat across the board with U.S. Manufacturing Orders gaining 6.2% on month in June beating the 5% estimate compared to a revised gain of 7.7% in May. Durable goods orders gained 7.6% in June, above the 7.3% estimate and the prior reading of 7.3% in May.

On Wednesday, The U.S. will report the Mortgage Bankers Association's mortgage applications for the week ending July 31st. The ADP research institute's July jobs report will likely show a modest job gain of 1200K. The trade deficit is likely to narrow to -50.2 Billion in June, based on preliminary figures. The July ISM Services Index will likely decline to 55 following a bounce in June

The Euro was mixed against all of its major pairs. In Europe, the Eurozone's June Producer Price Index was reported at +0.7% (vs +0.6% on month expected).

The USD/CAD continues to remain in a downtrend after Key economic data released on Tuesday. On the Canadian front, Markit Canadian Manufacturing PMI increased to 52.9 in July from 47.8 in June and beat the 48.6 estimate. The pair is on key support at 1.3315 which used to be key resistance back in November of 2019 and February of this year. Overhead resistance remains at 1.3505. A break below 1.3315 could accelerate the decline towards the next level of support at 1.3205, A strong bounce could cause a test of 1.3505 resistance. For now, the trend remains bearish until proven otherwise. 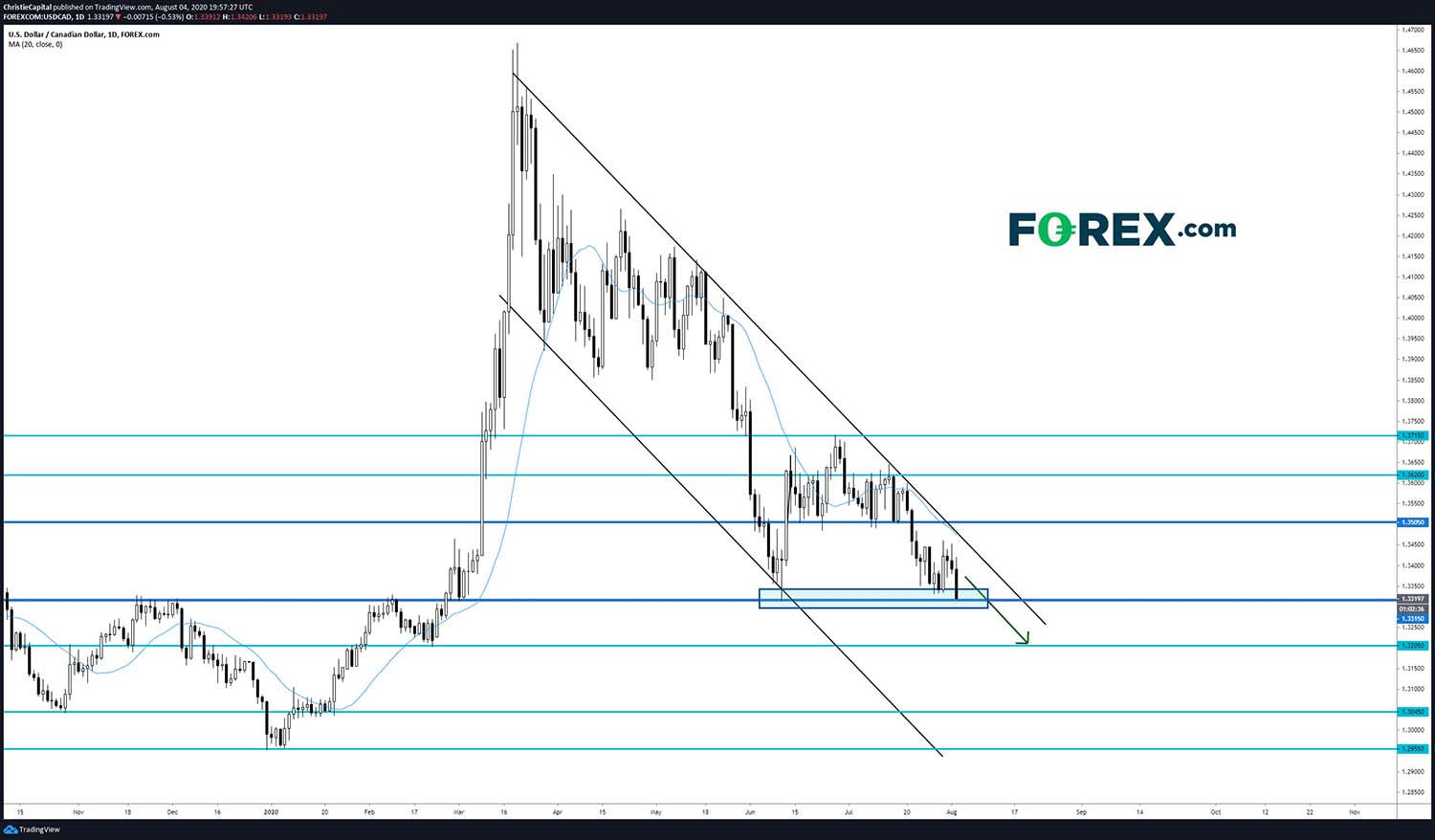