Many times, USD/CAD has been discussed in the context of its relationship with Crude Oil.

Many times, USD/CAD has been discussed in the context of its relationship with Crude Oil.  We are no exception;  as many times we write how a move in USD/CAD can be attributed to a move in WTI Crude Oil.  The Canadian Dollar is often positively correlated with WTI; therefore the 2 assets move together (USD/CAD and WTI move opposite each other). However, with the latest bout of volatility in oil, USD/CAD managed to maintain its composure, despite decoupling from its connection with WTI.

Notice the green correlation coefficient indicator on the bottom of the chart below.  Since April 1st, USD/CAD had been slowly moving from a strong negative correlation with WTI (near -.80) to a positive neutral/position correlation by mid-month as crude continued its unprecedented decline.  Towards late April, the correlation turned negative, however it remains close to neutral. 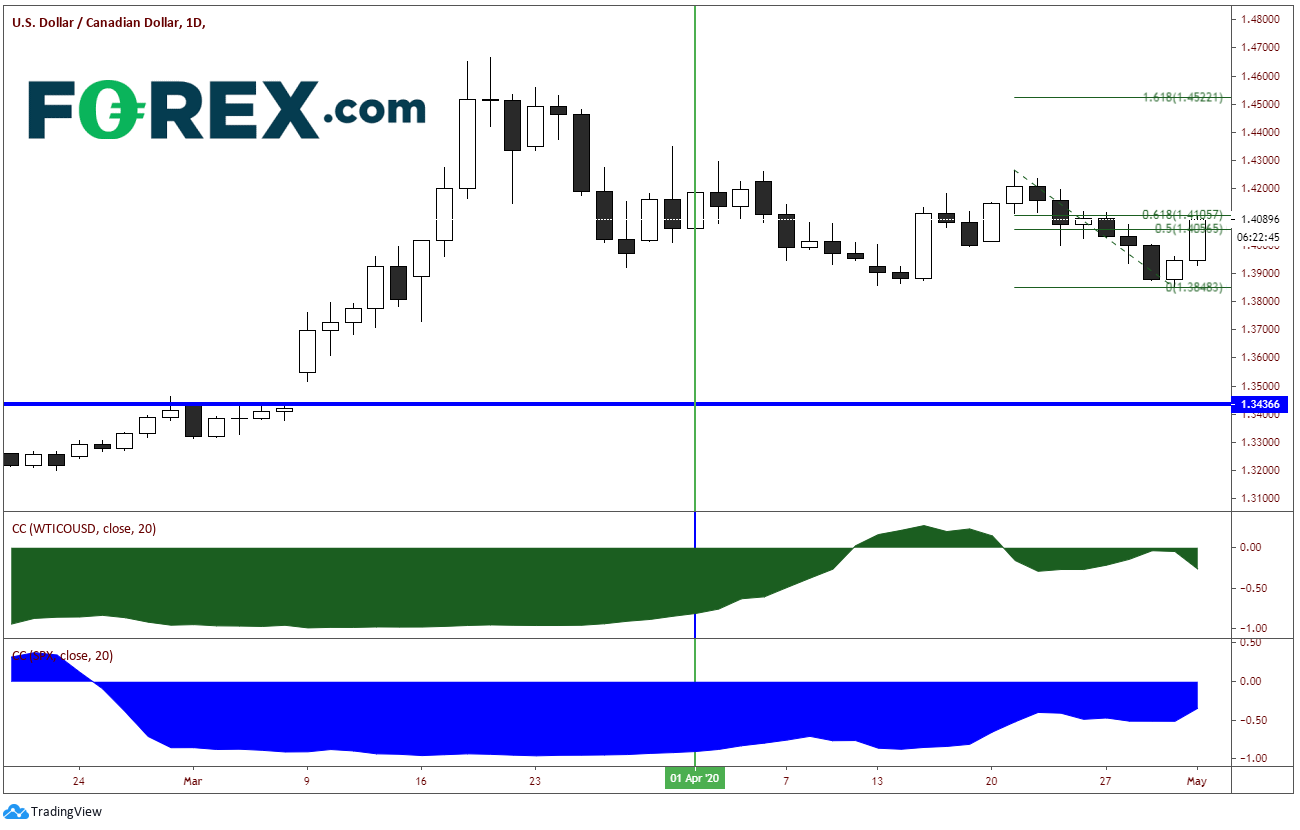 What does this mean?  This means that  until USD/CAD and WTI can recouple,  moves in crude oil should not be relied on as heavily as one may have done in the past.  If one is looking for direction in the USD/CAD, it may be better to look at the S&P 500 as the negative correlation is stronger than that of crude oil.

*As a I began writing, Tiff Macklem has just been named new Bank of Canada Governor.  He was a previous Deputy Governor from 2010-2014 under Mark Carney.  He said, “negative rates are an option” and that “the situation calls for unprecedented response. “  USD/CAD is moving aggressively higher. Price moved from the 38.2% Fibonacci retracement level from the April 21st highs to yesterday ‘s lows near 1.3850 up to the 61.8% Fibonacci retracement level near 1.4105.  The pair also has touched the 1.3850 level twice since April 13th, and if the pair breaks above recent highs at 1.4262, it will have formed a double bottom.  The target for a double bottom is the distance from the top of the channel to the bottom of the channel added to the breakout level.  Therefore, the target would be 1.4670, which is also a few pips shy of the March 19th highs. 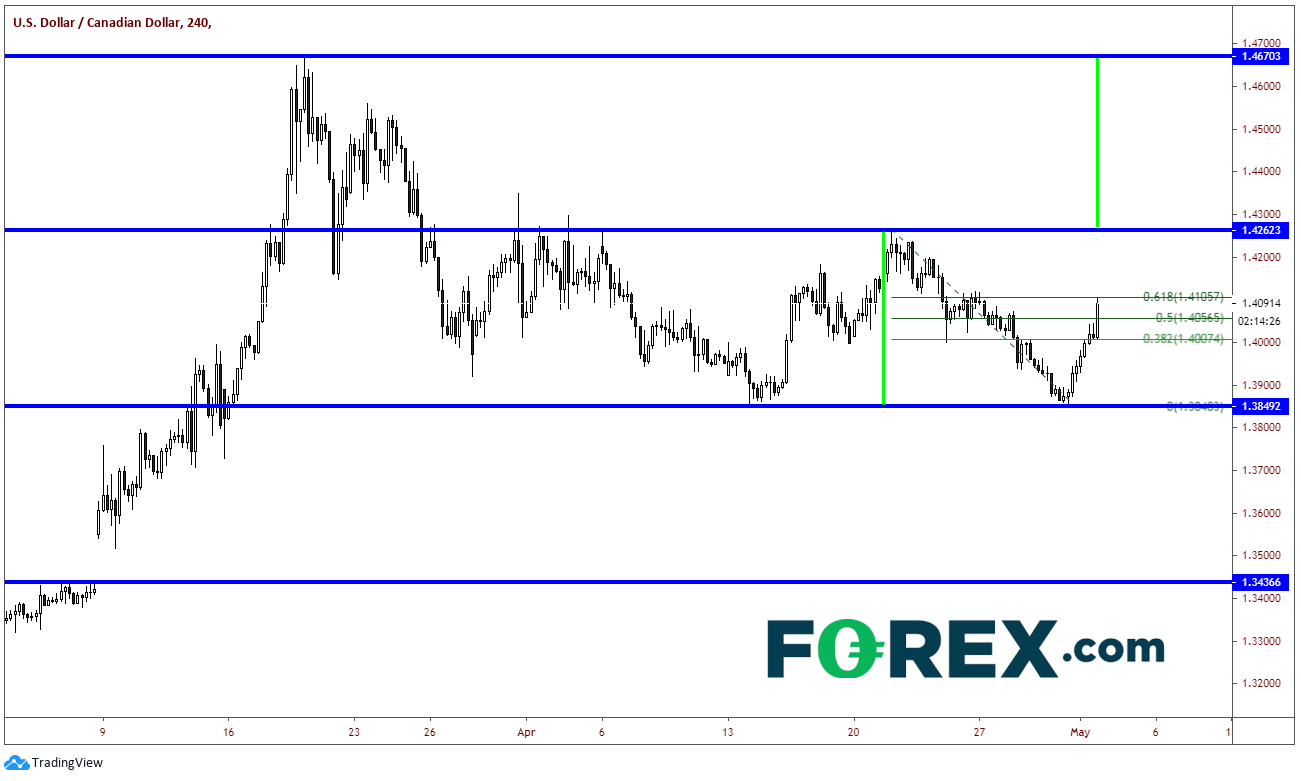