Unlike crude oil, the USD/CAD currency pair has made a somewhat more decisive move of late. But in the last couple of trading days, it has formed some indecisive-looking price patterns on its daily chart, suggesting the rally has paused for breath. 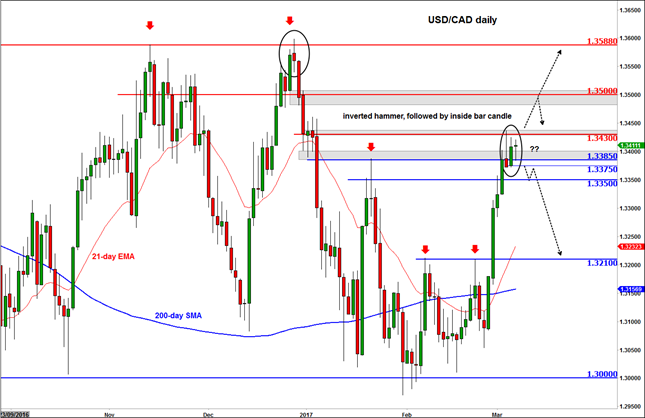