The USD gained ground on Monday however the USD/CAD bearish trend remains in play.

The US Dollar was bullish against all of its major pairs on Monday. On the U.S. economic data front, no major economic data was released.

The Euro was bullish against most of its major pairs with the exception of the AUD, CHF and USD. In Europe, no major economic stats were released.

Looking at the chart, the USD/CAD remains inside a bearish channel. The pair broke key support at the $1.332 area which was resistance back in 2019. The MACD is also trending lower indicating downside momentum. Look for a continuation lower to test Jan lows near $1.2955 unless the pair can make a reversal above the upper declining trend line and the 20-day moving average. 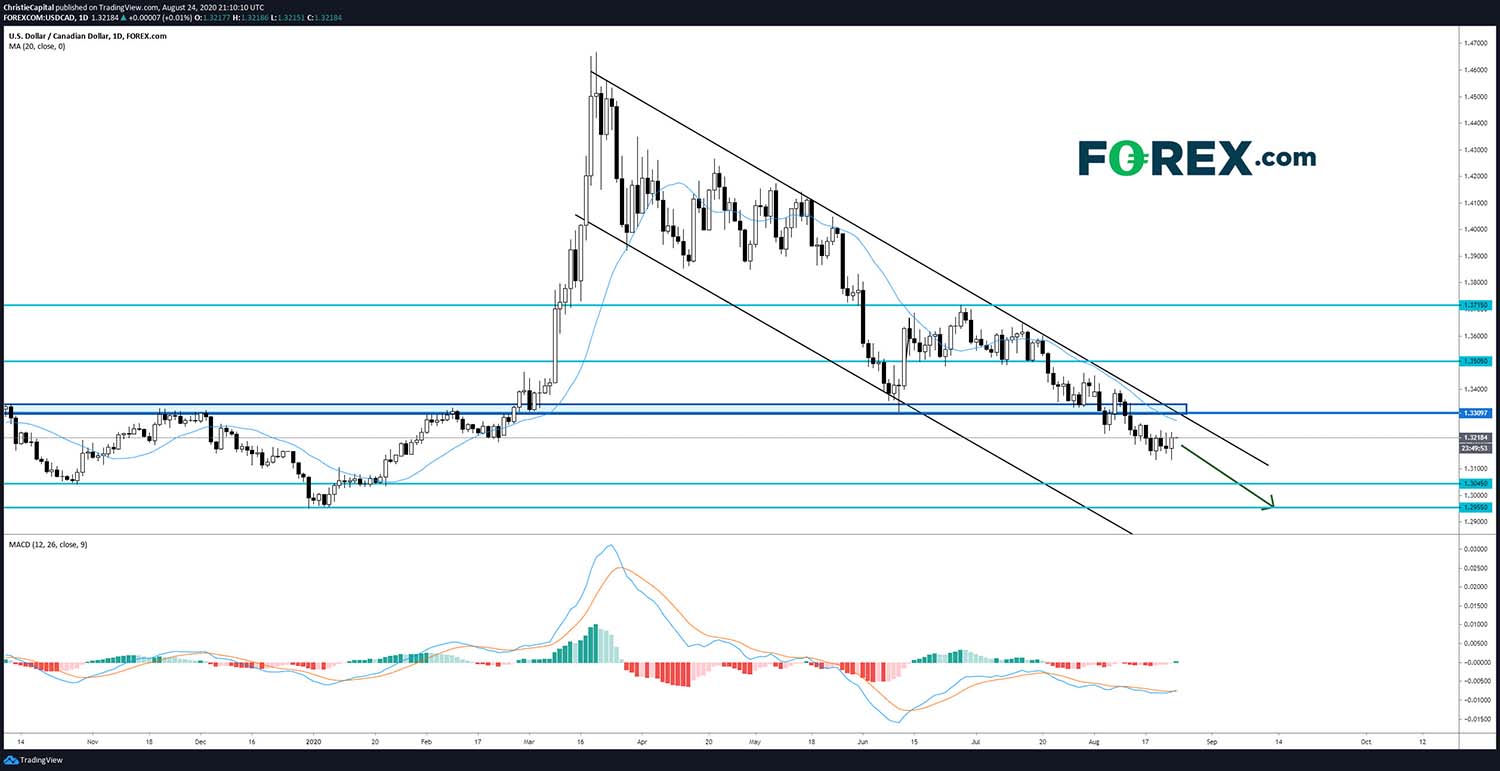