The pair is attempting to break below 3 month long consolidation.

The US Dollar was bullish against most of its major pairs on Monday with the exception of the CAD and GBP. On the US economic data front, Market News International's Chicago Business Barometer dropped to 58.2 on month in November (59.0 expected), from 61.1 in October. Finally, Pending Homes Sales declined 1.1% on month in October (+1.0% expected), compared to a revised -2.0% in September.

The Euro was bearish against most of its major pairs with the exception of the AUD and JPY. In Europe, the German Federal Statistical Office has posted November CPI at -0.8% (vs -0.4% expected). Also, the Bank of England has released the number of mortgage approvals for October at 97,500 (vs 84,000 expected).

We have been watching the USD/CAD pair closely over the last week. The pair has now broken below support at 1.299 after consolidating since September. It is looking like the downtrend that began back in March is about to continue. We would prefer to see some more downside momentum before we can rule out any potential continuation of the consolidation. Traders will be watching how price action reacts around the 1.30 level. The next major support area is at 1.2805. 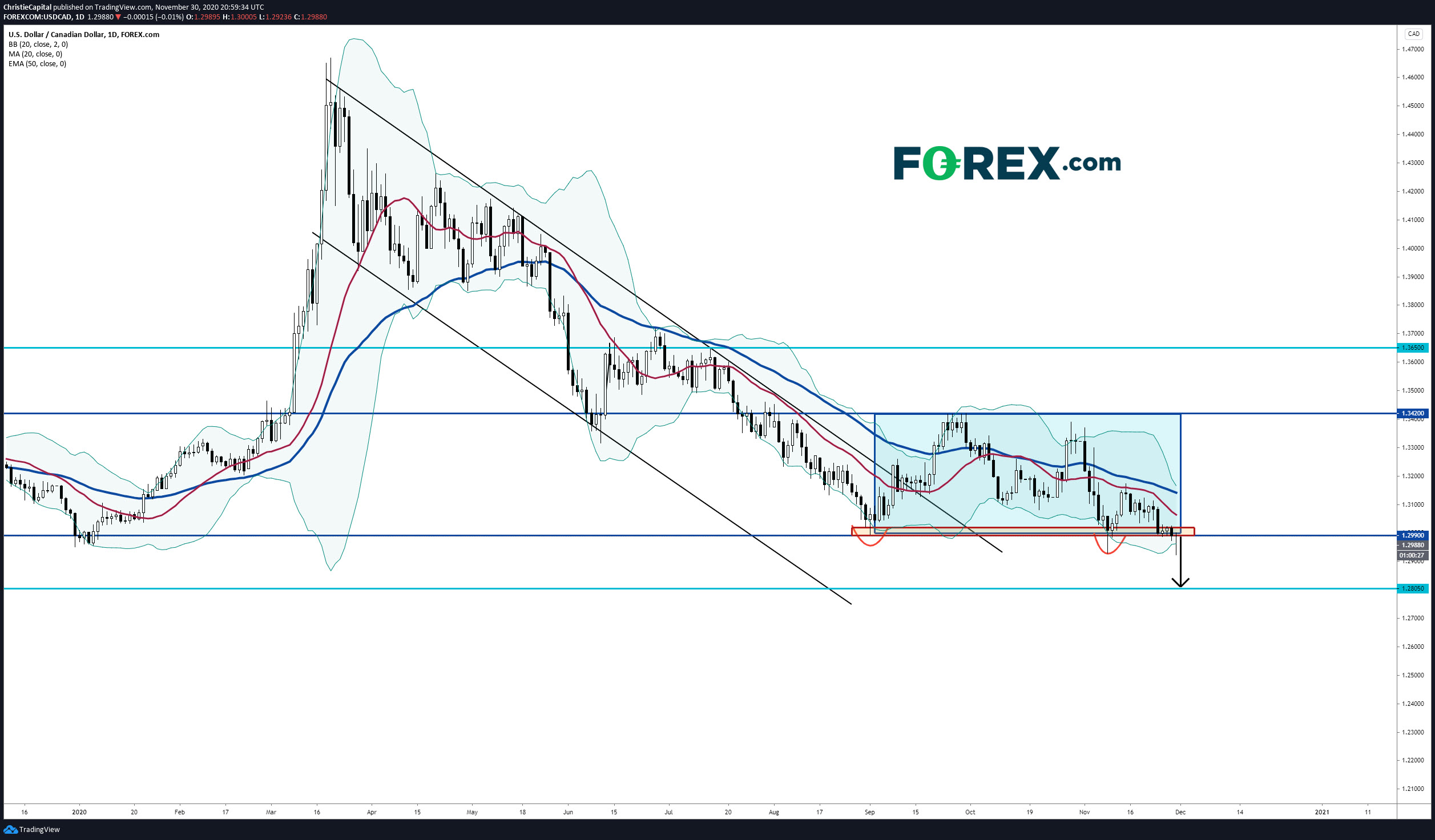