On Friday, no major U.S. economic data is expected.

The Euro was bullish against all of its major pairs. In Europe, September Eurozone Construction Output was released at -2.9% on month, vs +2.6% expected.

The USD/CAD declined 35 pips in Thursday's trading ahead of Friday's September retail sales data. Canada is anticipated to report a slight gain of 0.2% compared to 0.4% back in August. Retail sales ex Auto may be flat. The average pip move after the event is around 27 pips in the hour after retail sales are announced. The announcement has been bullish for the USD/CAD in 8 out of the last 12 monthly announcements.

Looking at the chart, the pair is approaching a key support area inside a consolidation are between 1.299 support and 1.342 resistance. A double bottom may still be in play but will not be confirmed until price action breaks above 1.342 resistance. The preference is for a rebound higher towards 1.365. 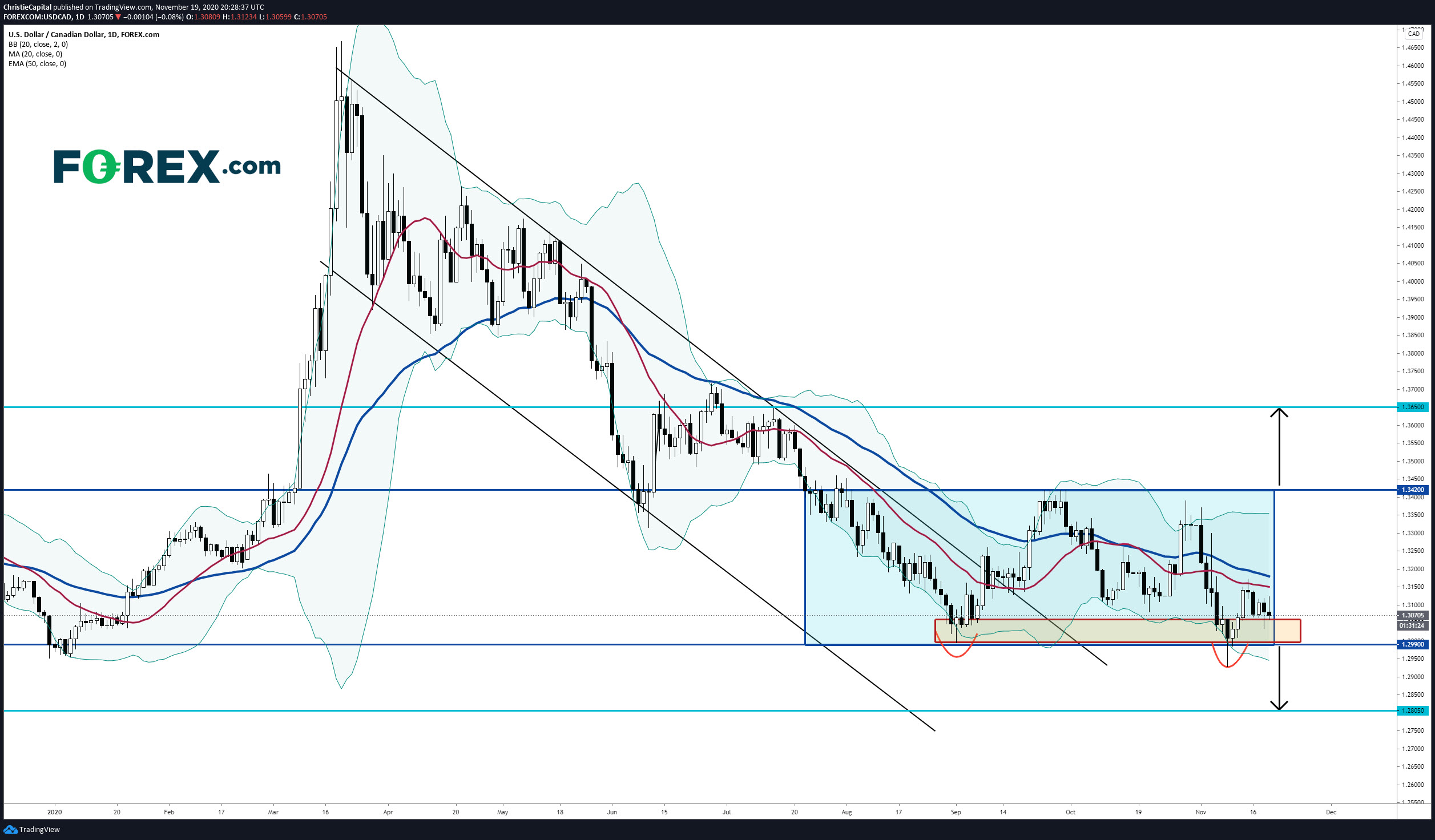