Crude drops over 7% putting pressure on the Loonie: Chart

The US Dollar was bullish against most of its major pairs on Tuesday with the exception of the JPY. On the US economic data front, no major economic data was released.

On Wednesday, the Mortgage Bankers Association's Mortgage Applications data for the week ending September 4th is expected. Finally, US Job Openings for July are expected to increase to 6,000 on month, from 5,889 in June.

The Australian dollar was bearish against most of its major pairs with the exception of the NZD, CAD and GBP.

Support has been identified at the 1.3035 area. The pair is attempting to break above a long term bearish channel in place since March after breaking above its 20-day moving average (in red). As long as price action remains above the bearish trend line, look towards the 50-day moving average as a target near the 1.3505 level which could signal the start of a major rebound to the upside. 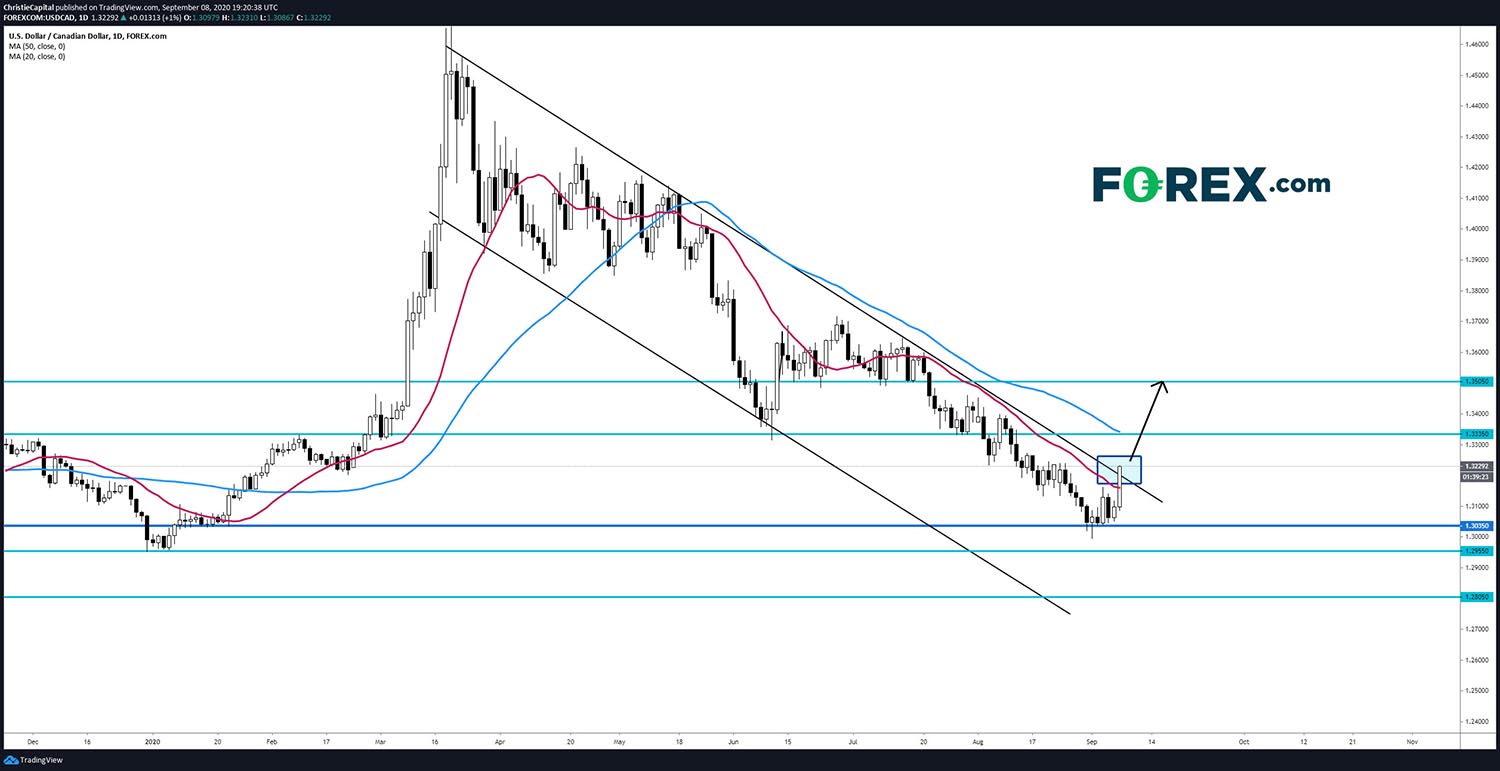