On Tuesday, Markit's US Manufacturing Purchasing Managers' Index for the August final reading is expected to remain at 53.6 on month, in line with the August preliminary reading. Finally, Construction Spending for July is expected to increase 1.0% on month, from -0.7% in June.

The Euro was bullish against most of its major pairs with the exception of the CAD. In Europe, German CPI was down by 0.1% in August in first reading after a 0.5% decline a month earlier. They were anticipated to be flat.

Looking at actives today, the USD/CAD remains under pressure after falling 48 pips to 1.3051. We have updated our targets. On a daily chart. the bearish trend remains in play as the price action remains inside a bearish channel. The pair remains capped by its 20-day moving average (in blue). The DMI (Directional Movement Index) is also confirming a bearish trend in play as the ADX line is above the -DI line and reading a 39 level. Look for a continuation lower to test Jan lows near $1.2955 unless the pair can make a reversal above the 20-day moving average near 1.3215. 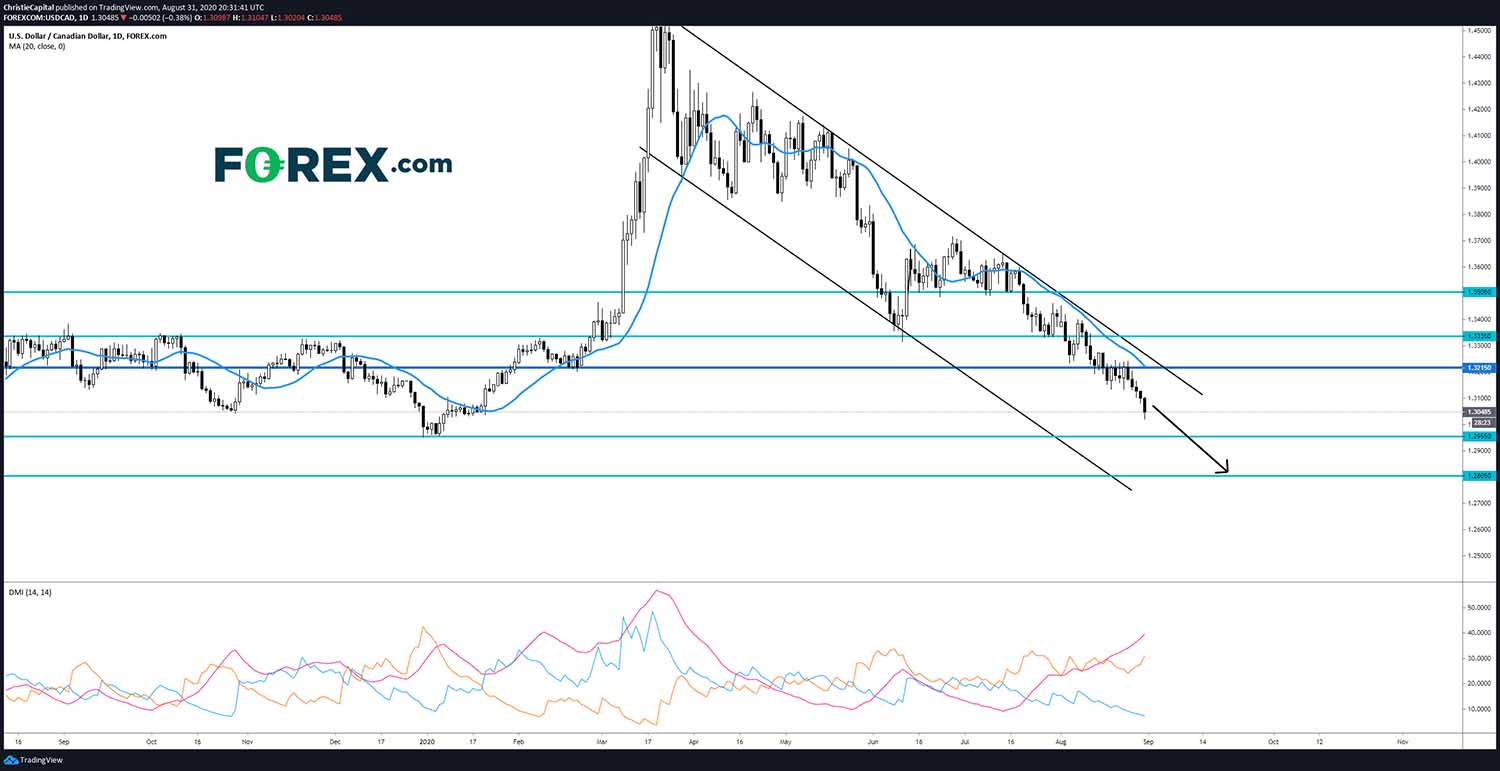