In quiet markets, traders may want to position themselves on the same side as “big money”.

The day after Easter has historically been a slow day in world market trading as many countries are still off for the Holiday.  However, the US markets are open.  On a normal trading day, markets are typically quiet near the 3:00pm ET New York fix.  However, on a day such as today, when many participants are already out, it could lead to some volatile moves.  Big money is sometimes able to take advantage of these quiet markets and move certain markets to where they believe there are resting stop orders.  If these orders are triggered, it can cause a cascading effect and cause the market to move even further in that direction.

That appears to be what may have happened late in the day during New York hours today in USD/CAD.  On a daily timeframe, USD/CAD has been in a consolidating triangle since early March.  On Friday, price traded to the bottom of the rising trendline of triangle and closed just off the lows near 1.3951.  Today, price broke lower out of the triangle and is trading at its lower level since March 16th! 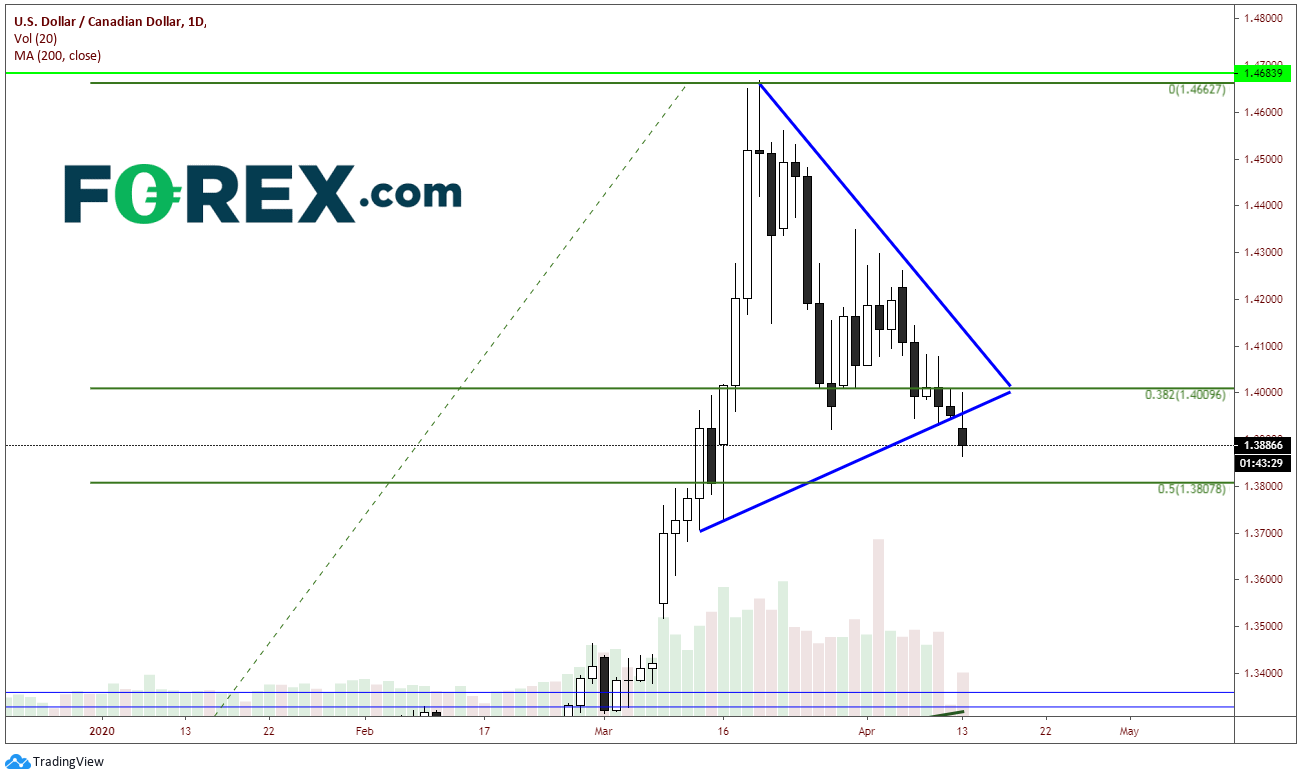 We can see this a bit better when zooming in on a 60-minute timeframe.  Price movement in USD/CAD has formed a descending triangle, in which price consistently trades down to a horizontal support level (in this case near 1.3920) and bounces, putting in lower highs each time. As price approaches the apex of the triangle, it is expected to break lower.  However, imagine traders who are on the other side of the trade and bought the support level each time.  Where could those traders have placed their stops?  The most likely place is below the horizontal support line.  In quiet markets when there are less participants, if the support level breaks, price is likely to take out those stops. 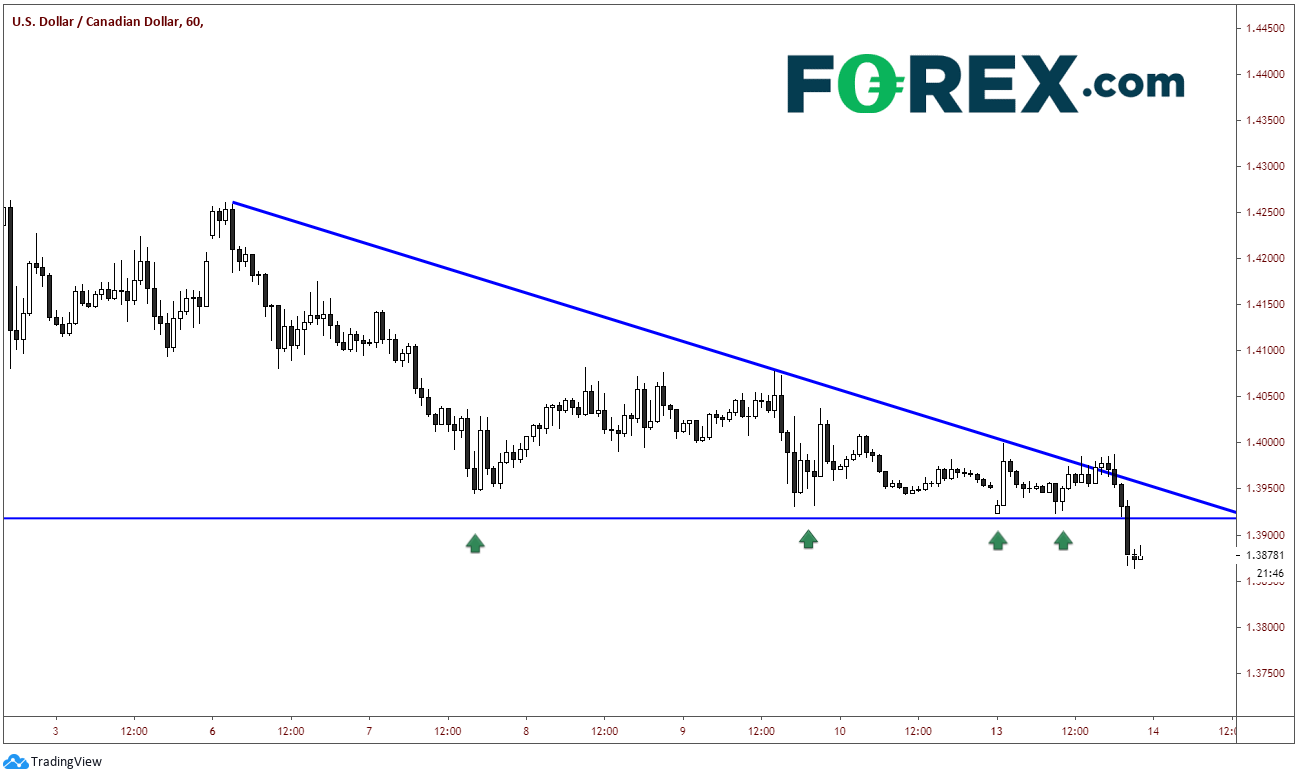 Today, traders pushed price below the support level and took out the stops!  USD/CAD traded from 1.3937 down to 1.3867 in roughly 30 minutes, on little volume.  Watch for a bounce overnight back up to the previous support level (now resistance) at 1.3920.  In quiet markets, traders may want to look for set ups such as this and try to position themselves on the same side as “big money”.