The US dollar has turned higher after a weaker start and following two down days, as measured by the Dollar Index. The dollar rebound has been supported by a strong rise in US Treasury yields, with the benchmark 10-year yield rising to around 1.85 percent. 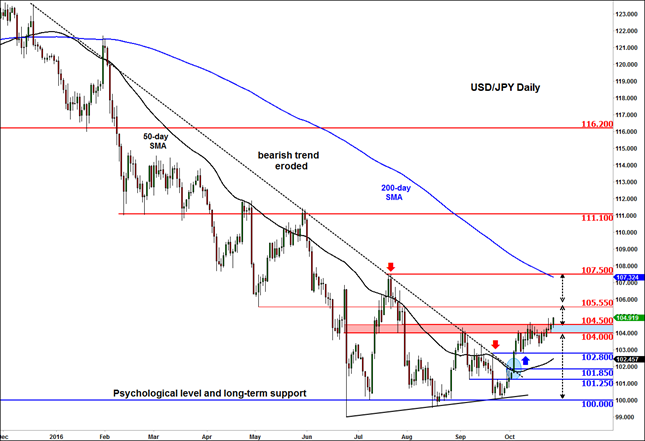