Traders are filtering back to their desks, but the market is unlikely to fully recover from it’s low-volume holiday lull until next week.

In particular, Japanese markets are closed through the rest of the week for a 4-day bank holiday. That shiver that some readers just felt run down their spine is perfectly understandable: FX traders will recall the “flash crash” in the Japanese yen, when the currency surged 3-5% against its major rivals in a matter of minutes, over the same low-liquidity period last year. Analysts are still trying to explain the causes of that move, but the takeaway is that trading aggressively through this week carries more risk (and arguably less reward) than during a more typical market environment.

Regardless of whether you’re trying to squeeze out a few more pips this year or sitting on your hands until the new year, USD/JPY is worth keeping a close eye on. The pair has been oscillating within 100 pips of the 109.00 handle for nearly two full months now, providing a clear opportunity for short-term traders to buy off support and sell off resistance.

Taking a step back though, there are technical signs that the pair is vulnerable to breaking down. Since bottoming near 104.50 in late August, each successive “higher low” in USD/JPY has come at a lower trajectory than the one before, signaling fading buying momentum. Similarly, none of the “higher highs” over that period have been confirmed by a corresponding new high in the RSI indicator, a classic bearish divergence that could indicate a potential reversal in the coming days: 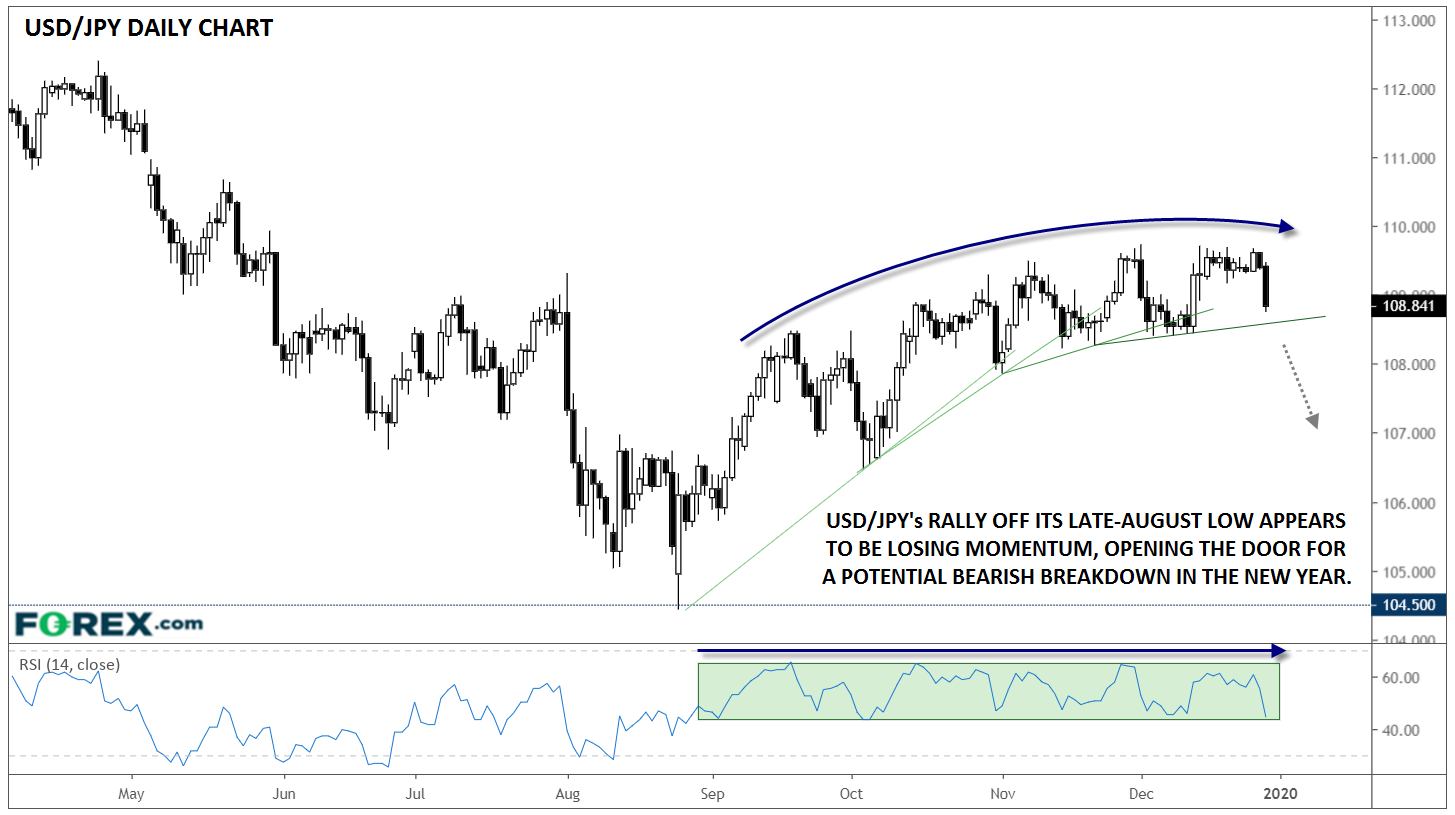 In terms of levels to watch, a break below the November/December support area from 108.25-108.40 could open the door for a deeper retracement toward 107.00 or the mid-106.00s. Astute traders will be watching for a breakdown in the daily RSI indicator below its corresponding range as a potential leading indicator for a breakdown in USD/JPY itself. Only a convincing bullish breakout above 109.75 accompanied by a breakout in the RSI indicator would shift the medium-term bias back in favor of the bulls.