Along with the US equity markets, the USD/JPY has been rallying sharply in recent weeks. But Ahead of the FOMC’s policy meeting in midweek and due to technical reasons, we wouldn’t be surprised to see a pause in the bullish trend around the 116/117 area. Overall though, the dollar remains well-supported and any weakness could very well turn out to be temporary. 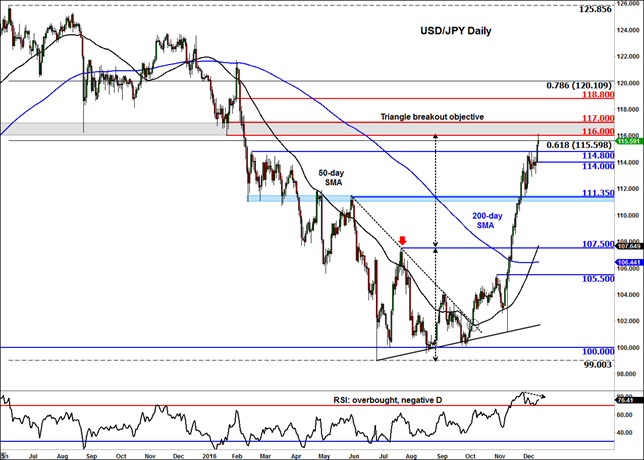