Given the negative sentiment towards the dollar and with safe-haven gold rallying, I wouldn’t be surprised if the USD/JPY resumed lower from here.

About two hours after Europe closed yesterday, stocks and bonds jumped while yields and the dollar dropped as the market's odds of a 50 basis point rate cut in July spiked to nearly three quarters. This was triggered by New York Fed President John Williams, who dropped the most dovish of hints in a speech. Only, the move lasted just a few moments as a Fed spokesman quickly came out to issue a statement that Williams didn’t intend to suggest that the Fed would be making a large interest rate cut at the FOMC’s upcoming meeting this month. So, down went the probably of a 0.50% rate cut again, to below 50%, which caused the dollar to rebound.

But the USD/JPY, which is stuck inside a short-term bearish channel, has now reached the lower bound of horizontal resistance between 107.70 and 107.90, an area which was formerly support. Thus given the negative sentiment towards the dollar and with safe-haven gold rallying, I wouldn’t be surprised if the USD/JPY resumed lower from here. The first bearish objective would be the liquidity that is now resting below 107.20, with the area below 106.80 being the subsequent objective. 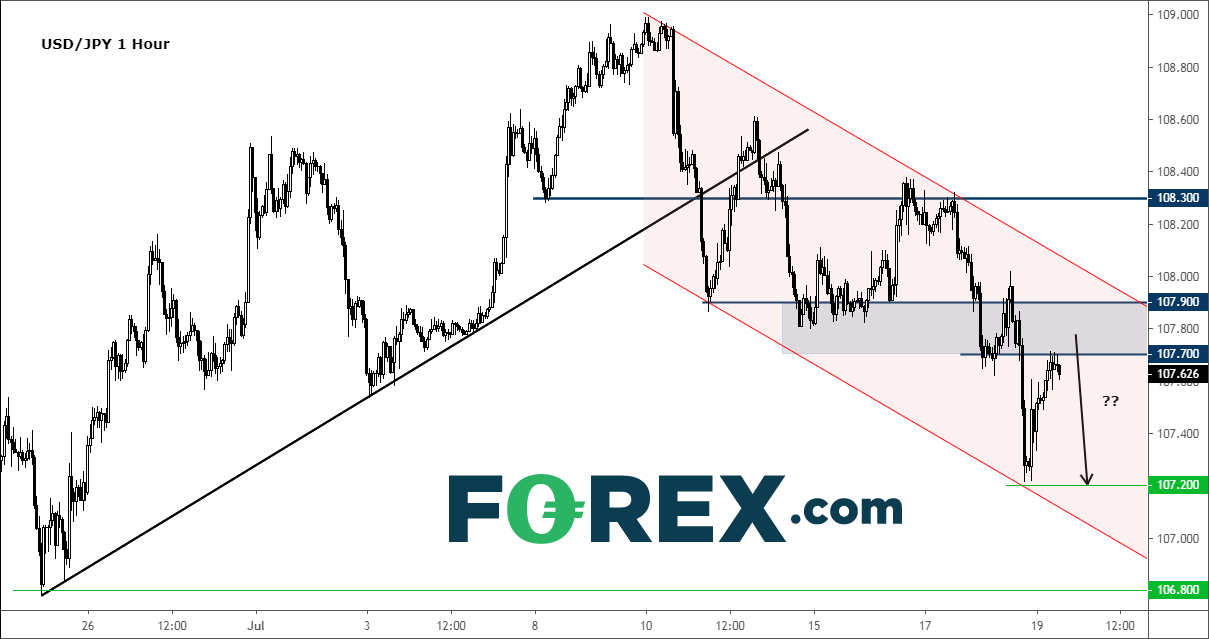