With the prospects of another sell-off in the stock markets still alive, the USD/JPY could be in danger of breaking down amid potential safe haven flows into the yen. 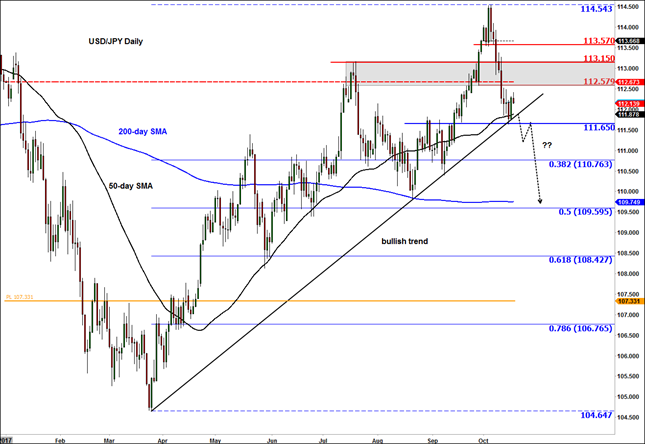