The US Dollar was bearish against most of its major pairs on Monday with the exception of the CHF, JPY and EUR. On the US economic data front, no major economic data was released. In other news, over the weekend Democratic Presidential nominee Joe Biden declared victory in the 2020 Presidential election.

On Tuesday, the National Federation of Independent Business's Small Business Optimism Index for October is expected to increase to 104.2 on month, from 104.0 in September. Finally, the Bureau of Labor Statistics' Job Openings for September is expected to rise to 6,500 on month, compared to 6,493 in August.

The Euro was bearish against most of its major pairs with the exception of the CHF and JPY. In Europe, The German Federal Statistical Office has posted September trade balance at 20.8 billion euros (vs 16 billion euros surplus expected). Separately, Europe Sentix Investor Confidence for November was released at -10, vs -15 expected and -8.3 in October. Also, Bank of France Industrial Sentiment for October was published at 97, vs 90 expected.

One of the most active pairs on Monday was the USD/JPY which jumped 201 pips amid a U.S. market rally on hopes of a coronavirus vaccine from Pfizer (PFE) and BioNTech SE (BNTX) after their vaccine trials were found to be more than 90% effective in preventing COVID-19 in participants without evidence of prior COVID-19 infection.

Looking at a chart of the USDJPY, The pair surged off of 103.18 support however price action remains contained inside a declining trend channel. Key resistance has been identified at the 106.10 level. A break above could have strong bullish implications. For now, the preference is to ride the trend lower ultimately reaching the 102 support level. 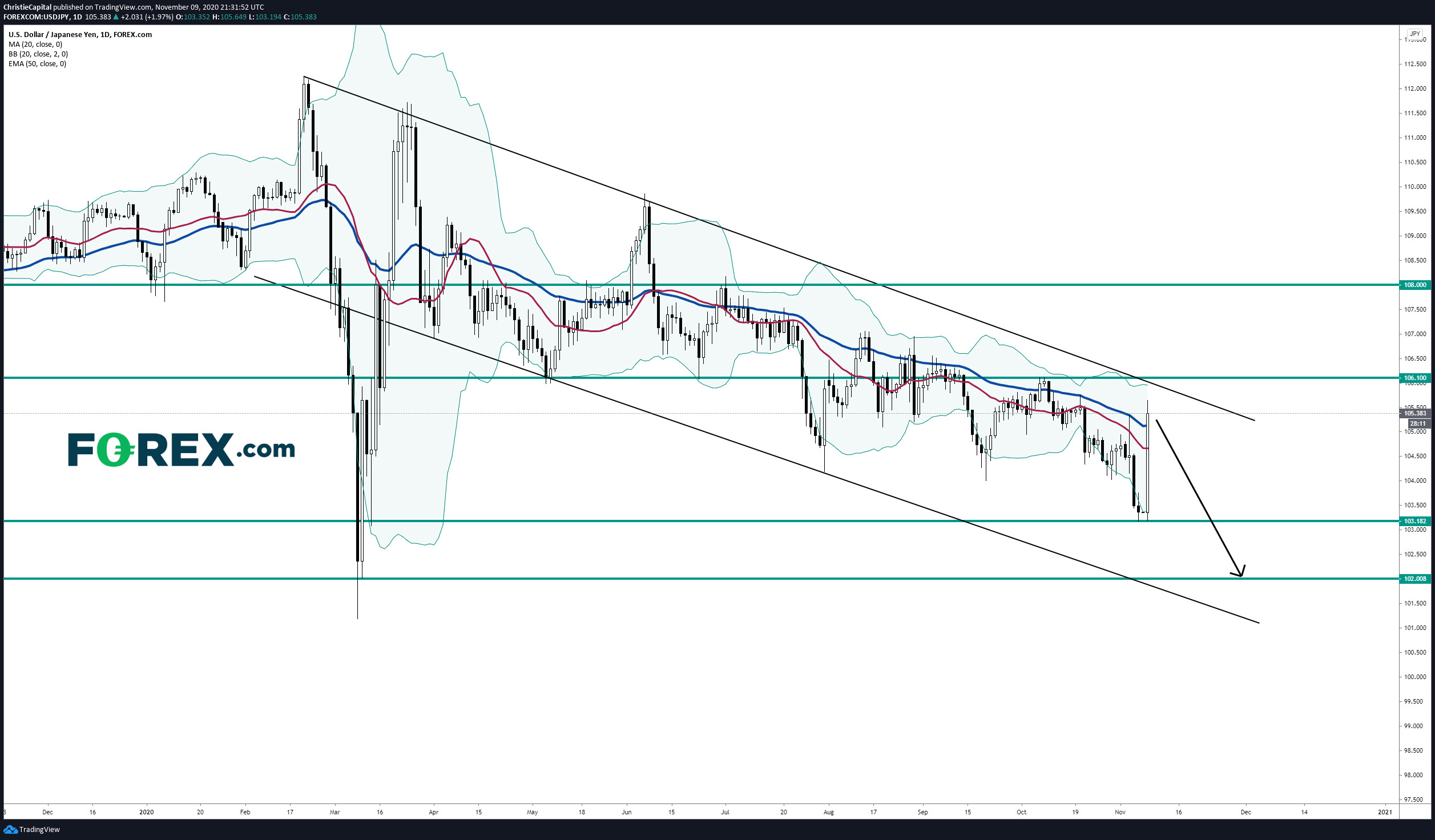