Overall, it is reasonable to expect that the FOMC will not cut more than 25 basis points today, which should disappoint Trump and those looking for a deeper rate cut. If so, the dollar could very well go up in terms of immediate response given that this is already priced in.

One of the markets we are watching closely today is the USD/JPY ahead of the FOMC rate decision and Powell’s press conference. The USD/JPY was trading around the 108.50 level at the time of writing. Rates have stabilised here over the past several weeks following a correction that started towards the end of April. What happens next depends almost entirely on the Fed’s decision on interest rates and forward guidance.

Overall, it is reasonable to expect that the FOMC will not cut more than 25 basis points today, which should disappoint Trump and those looking for a deeper rate cut. If so, the dollar could very well go up in terms of immediate response given that this is already priced in. The greenback could remain supported for a while if the Fed also signals a disinclination to ease further in the coming months. This may well be the case given that economic data in the US has been rather good, even if inflation has remained stubbornly below the 2% target. 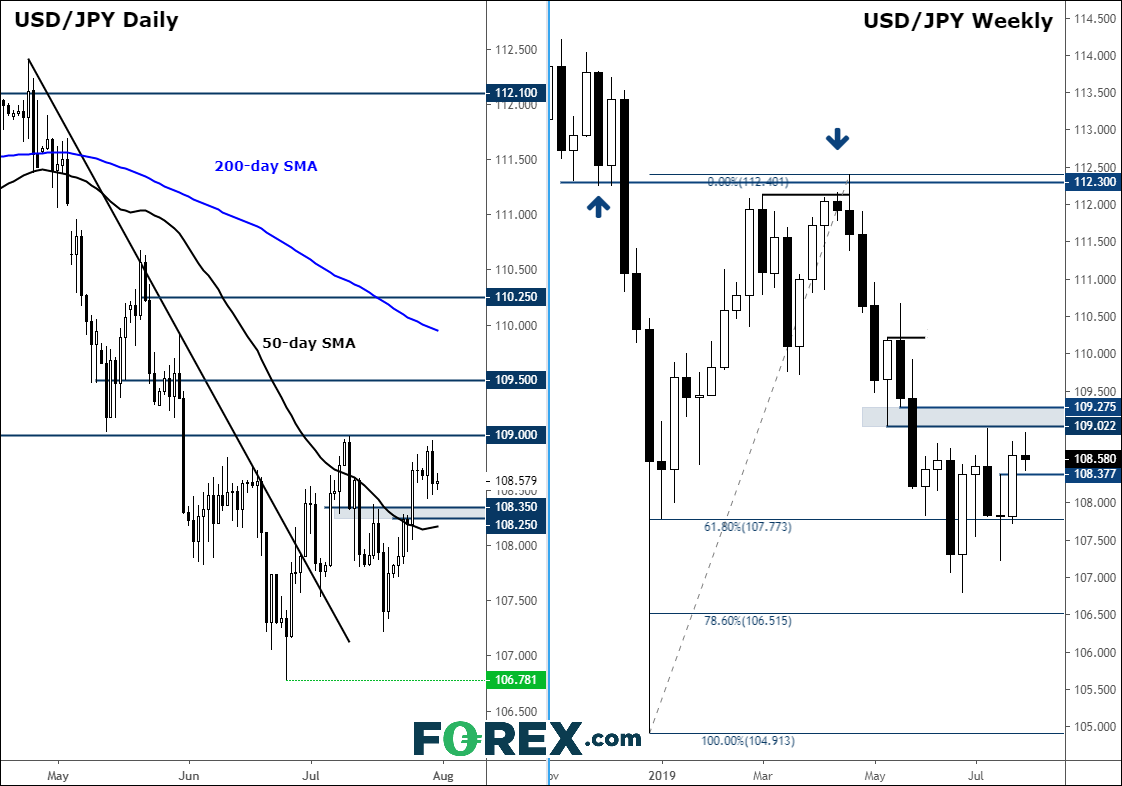