With concerns about the nascent global trade war escalating and the Treasury yield curve inverting, Federal Reserve Governor Jerome Powell had a clear opportunity to tap the brakes on the central bank’s hawkish lean in today’s semi-annual testimony to the Senate Banking Committee... 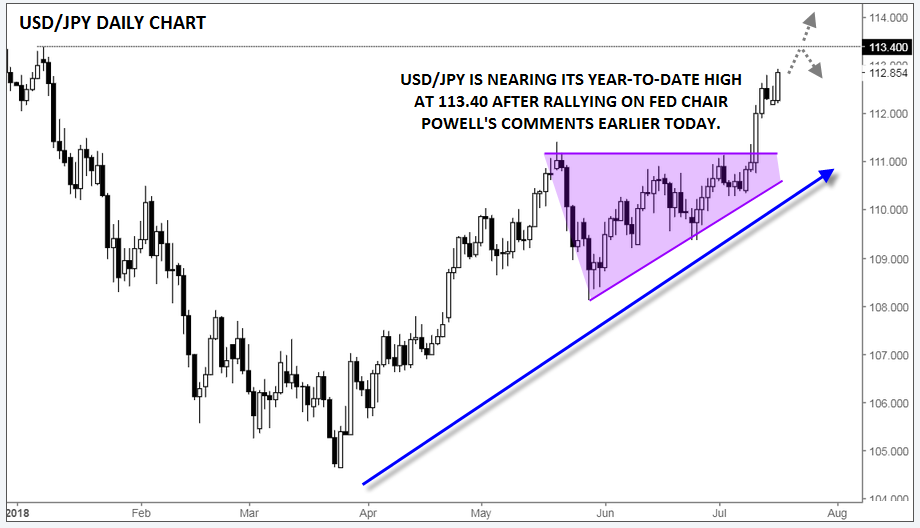