The rebound at the start of this week for major stock averages has undermined some safe haven assets such as gold and Japanese yen, following Friday’s sharp moves.

The rebound at the start of this week for major stock averages has undermined some safe haven assets such as gold and Japanese yen, following Friday’s sharp moves. But at the time of writing, the major indices were coming off their best levels, while gold was trying to establish a base around the $1315 level. The USD/JPY, meanwhile, was testing a key short-term resistance area around 110.50-110.80, which is where several technical factors converge, including the 50-day moving average and previous support. So, we wouldn’t be surprised if rates were to stall here and come under renewed selling pressure. There are a few potential support levels on the way down including 110.25 (head of Monday’s hammer candle) and 109.00 (head of an old hammer candle that hasn’t been tested yet), with the Fibonacci retracement levels on the chart being additional bearish targets. 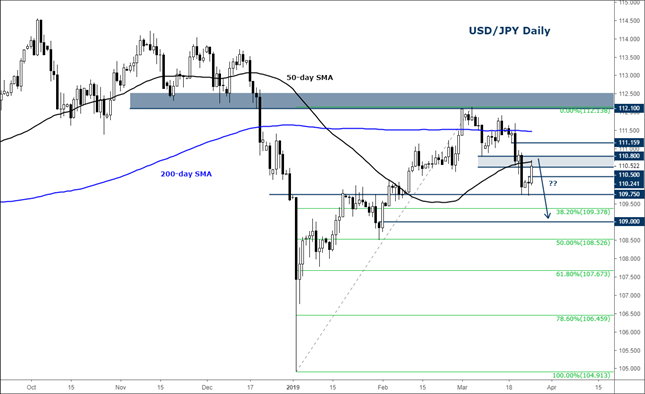