Using the RSI to Trade in Ranges EURUSD

With the plethora of tape bombs over the last few days and weeks regarding the on-again/off-again negotiations regarding both Brexit and the US fiscal stimulus package, traders have become somewhat immune.  It seems that no longer do comments such as “walking away from the table”, “close to a deal”, and “ready to put pen to paper” matter.  Until something is actually done, in writing, will the markets pay attention.  Some of this can be seen in the price action of the EUR/USD over the last few months. 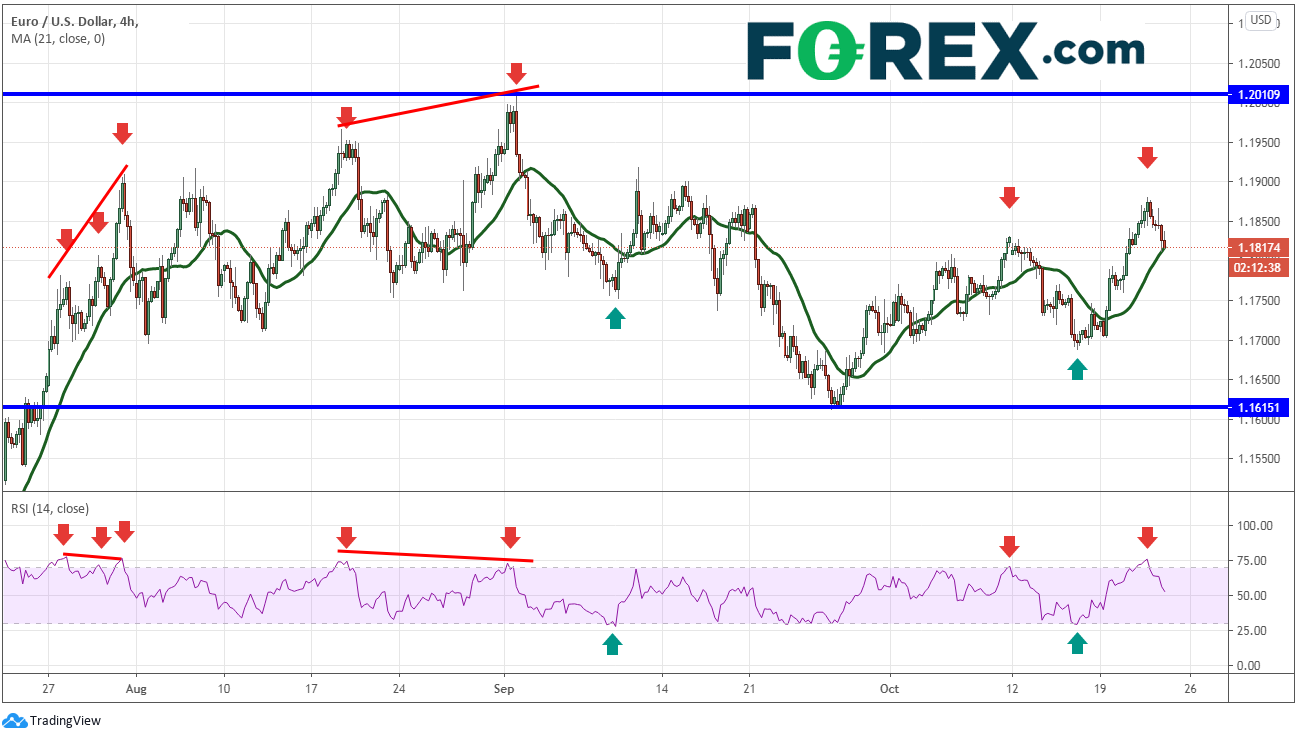 From the end of July until today, a 240-minute EUR/USD chart shows that the pair has been trading in roughly a range of 400 pips between 1.1615 and 1.2010.  RSI indicators, in combination with other technical tools, can be used to look for spots to enter a trade.  The RSI moves on a scale between the range of 0-100.  When the line moves above 70, the RSI indicator is considered overbought, and sellers may soon take control.  When the line moves below 30, the RSI indicator is considered oversold, and buyers may soon take control.  The arrows in the above example show where the RSI moved into overbought or oversold conditions, and price soon reversed direction.

All oscillators should never be used alone.  This is true for the RSI as well.  There is potential for overbought to become overbought”er” and oversold to become oversold”er”.  It is best to use them in combination with other technical indicators.  When there is a confluence of indicators, traders will have more confidence to enter a trade.  Trendlines, support and resistance, moving averages and divergence can be used as criteria to both enter and exit trades. 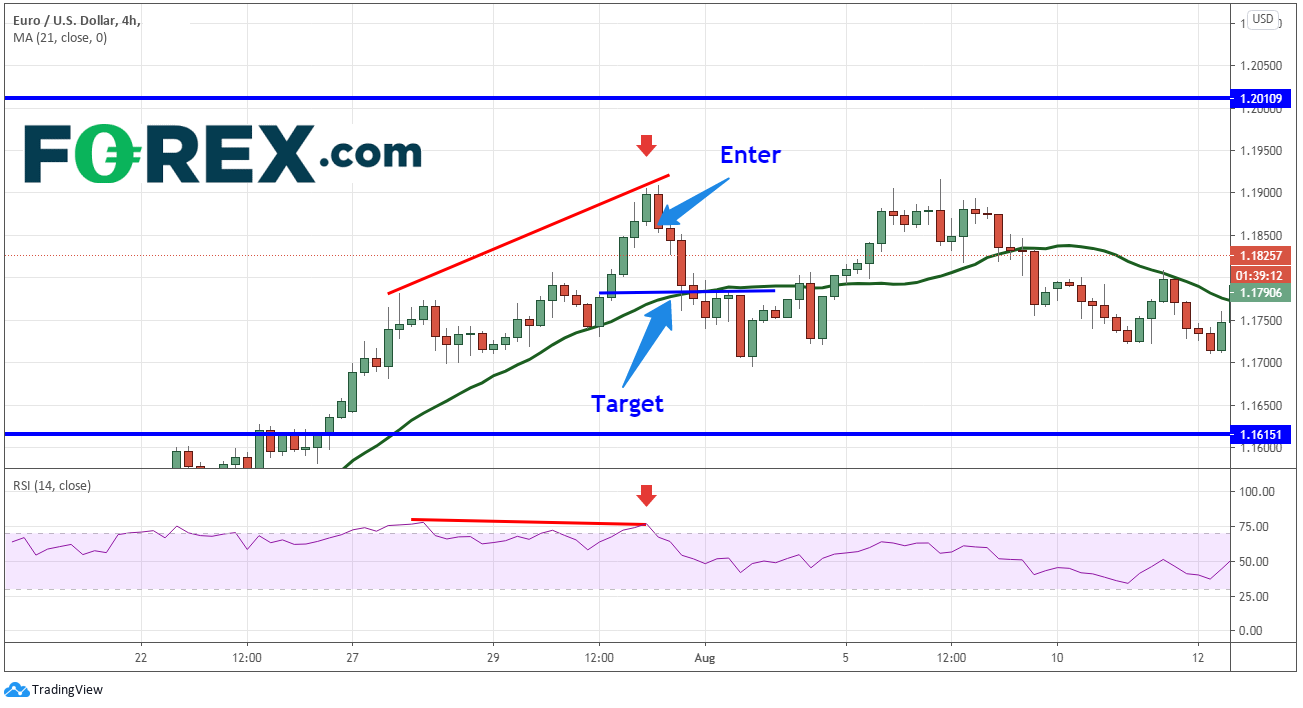 If one were to enter a short EUR/USD trade at the close of the bearish engulfing candle, 1.1858, a target could be the 21-Day Moving Average near 1.1775, which also near horizontal support. 2 candles later, price hit the target and the RSI was back in neutral territory.

The RSI can be a powerful tool when used in combination with other technical tools, especially in trading ranges.  Along with proper risk/management, the RSI can help traders make better decisions.