Yesterday, we wrote about the strength of the USD/MXN on the possibility that the USMCA trade agreement deal may be reached.  Today, House Democrats and Republicans of the United States have finally come together and agreed on a trade deal with Mexico and Canada, known as The United States-Mexico-Canada Agreement (USMCA).  Both Republicans and Democrats are claiming this is a big win for American workers, with the ALF-CIO saying this is a vast improvement over NAFTA.   The deal is expected to be voted on in US Congress before the upcoming recess, with both Mexico and Canada expecting to do the same.

One would expect both the Canadian Dollar to be bid after such an agreement was reached.  However, USD/CAD is close to unchanged on the day after it pared gains, yesterday, from Friday’s strong US Non-Farm Payroll data and Canada’s weak payroll data. 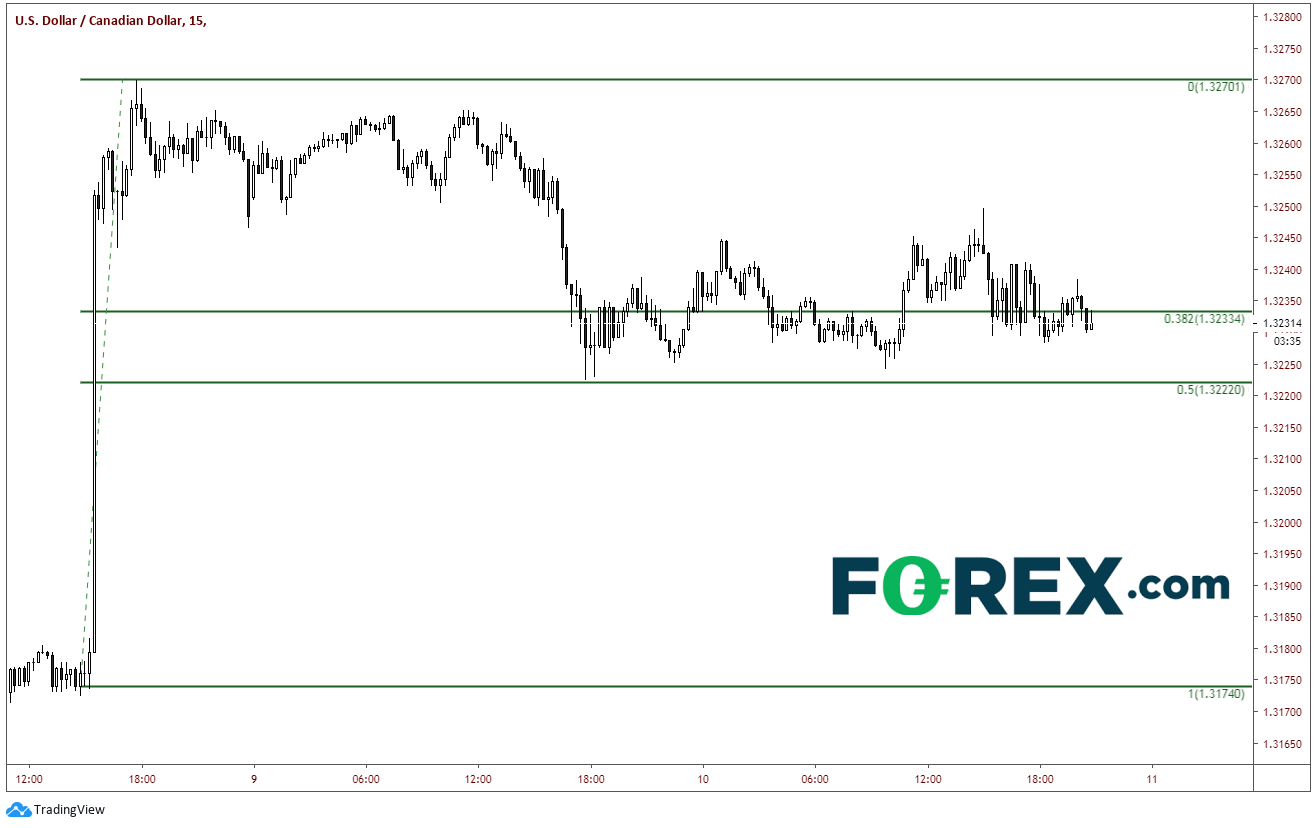 On a 240-minute timeframe, price has been trading in a sideways channel between 1.3020 and 1.3350 for the last six months.  Price is currently trading near the midpoint of the channel near 1.3200.   USD/CAD  is likely to be rangebound until there is a catalyst to push price through either side of the channel.  There are likely stops above and below the channel.  Once one side is broken (including the false breakout through the top of the channel) there may be a stop run, which will push prices faster in the same direction of the breakout. 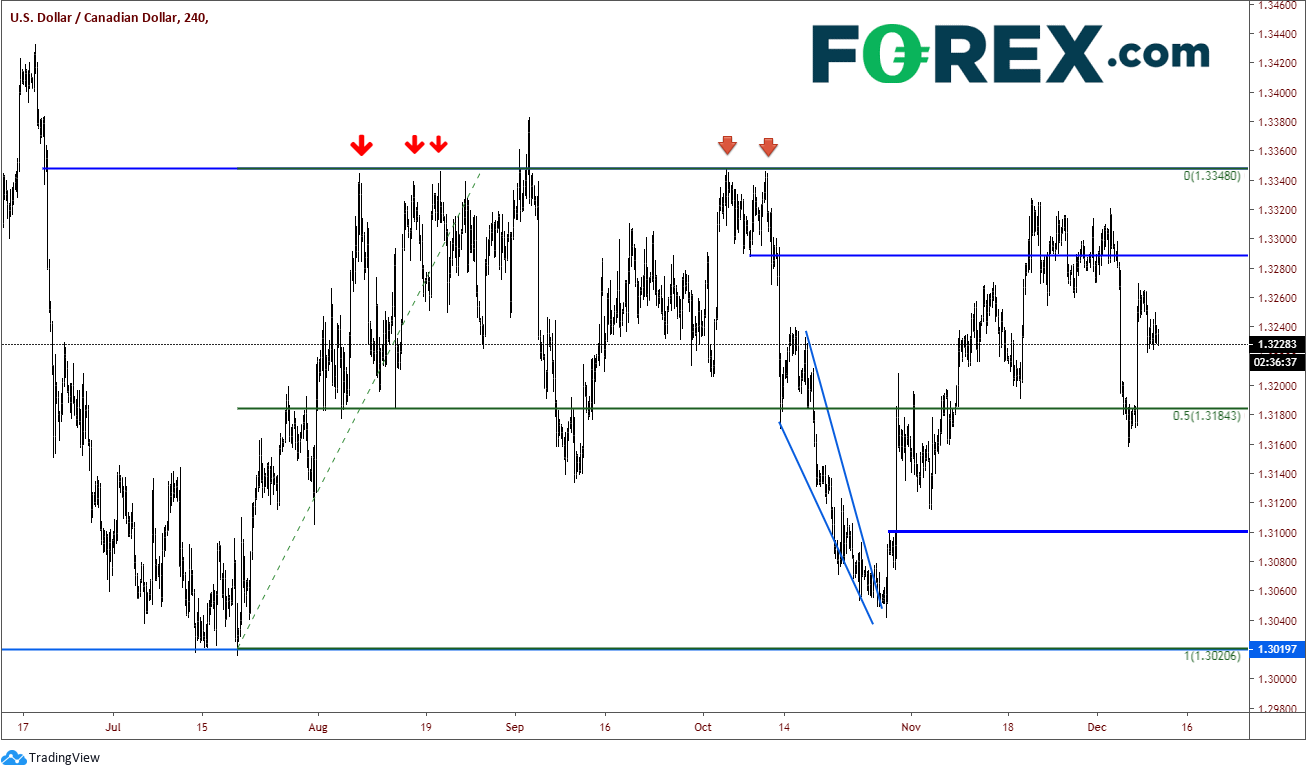 Many thought that a trade agreement among the three North American countries could be the catalyst to drive USD/CAD out of it long term triangle, but that doesn’t seem to be the case.  The pair continues to trade closer and closer to the apex in a tight range. 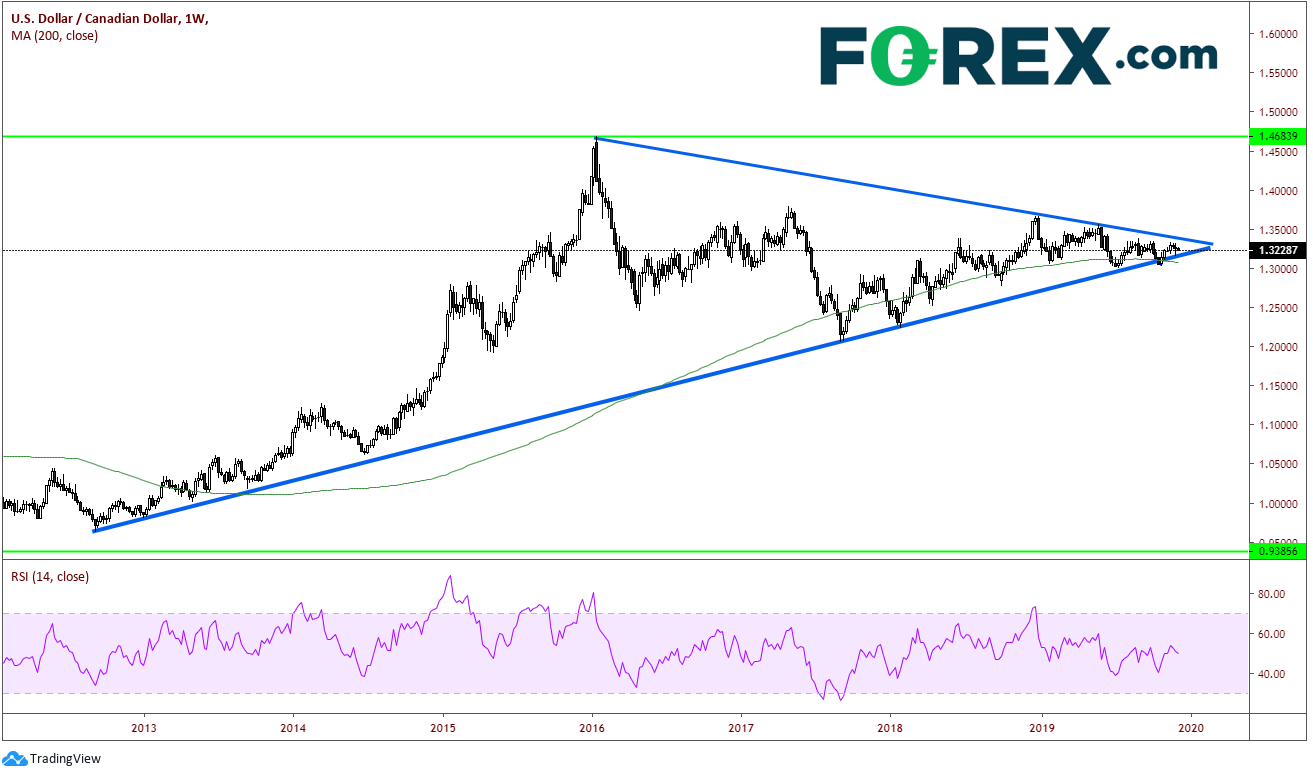 Keep your radar on both of those price levels for USD/CAD.